Before we delve into defining alexithymia and autism I’d like to paint a picture in your mind. Imagine living in a world where emotions do not appear to exist – no clear indications of anger, sadness, or happiness. So much so that even categorizing these emotions does not exist – a neutral reality where everyone looks the same and talks the same. What would that world look like for you? 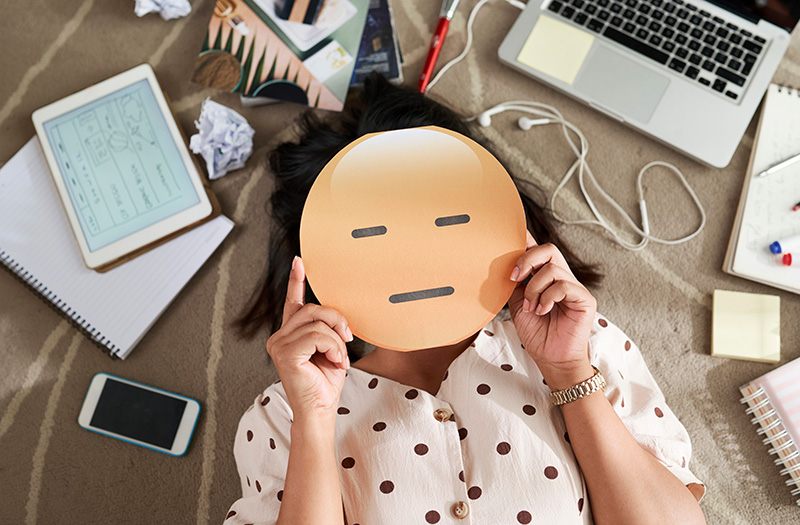 For people with alexithymia, this image isn’t far off from their everyday experience. Individuals with this condition do have feelings but they find it difficult to recognize their own emotions or those of others. The word alexithymia is derived from the terms “lexis” which means a combination of words; “thymos” which means mood or emotion; and “a” which represents a lack of. Altogether, it is the lack of words or terms to express emotions or moods. The condition was first introduced into the field of psychiatry by Peter E. Sifneos in the early 1970s.

Some of the symptoms of alexithymia overlap with those of autism spectrum disorder (ASD); this has raised questions around whether alexithymia is a form of autism. This article will look into the similarities between the two and determine whether there’s substantial evidence to agree with this statement. The understanding of the relation between autism and alexithymia could potentially help parents to better understand their child’s condition and enable better intervention practice to help improve their child’s emotional regulation.

Alexithymia is defined as the inability to recognize or identify your own emotions. Individuals who have alexithymia have in common the inability to either verbalize their emotions due to lack of awareness of the emotion, or possible confusion of emotional feelings.

This condition has been found to overlap with symptoms of autism spectrum disorder (ASD). Alexithymia is found to be highly prevalent in individuals on the spectrum and, over the last two decades, studies have been conducted to investigate the relationship between the two. To understand this overlap, let’s look further at the symptoms of alexithymia.

What Are the Symptoms of Alexithymia?

According to Poquérusse et al. (2018), characteristics of alexithymia include:

The three levels of emotional regulation are:

Our environment is the primary source of trigger for any stimuli, including emotional stimuli. How we respond to those stimuli is granted by how well we regulate these emotional inputs. Emotional regulation helps us to filter out all inputs and focus on the important ones so that it doesn’t evoke fear or stress.

Is Alexithymia a Form of Autism?

As discussed, a person with alexithymia has difficulty with social interaction and social relationships, understanding the intentions and attitudes of others, difficulties with facial expression recognition, and recognizing emotional tones of speech, body movement/expression, and making decisions that take into account the point of view of others. In parallel, some individuals with autism struggle with these elements.

In both conditions, symptomatic traits include both communication difficulties and social difficulties while some autistic individuals may experience difficulties with cognitive processing of their emotions, identifying them, and describing their feelings.

Alexithymia in ASD is common in both low-functioning and high-functioning individuals, therefore difficulties with emotional recognition are exclusive of neurocognitive capacity. Another overall similarity between alexithymia and ASD is the construct of empathy where some studies have found that empathy levels seem to be low.

All these similarities point to possible co-occurrence of alexithymia with autism. However, it is not supported nor clear that alexithymia is a form of autism. It does seem to be clear though, that alexithymia can occur within the autism population.

Autism and Alexithymia: Theory of Mind

Theory of mind is a social-cognitive skill that defines the ability to think about the mental state of others as well as your own. The mental states referred to here are: emotions, feelings, beliefs, and thoughts.

According to Jean Piaget’s theory of cognitive development, children’s thoughts and communications are often egocentric – the child is unable to see the point of view of others and assumes others feel, think, hear, and feel the same way he/she does. With age, these egocentric traits fade and the theory of mind emerges.

The theory of mind informs our ability to understand others, make inferences of others’ ways of thinking and feeling – this is especially important in order to develop social skills. Some autistic individuals and/or people with alexithymia struggle with this because of the difficulties around understanding their own emotions and those of others.

This leads to the understanding that a person with difficulties processing and defining emotions does not necessarily lack a theory of mind but rather is unable to because his/her emotional processing is altered, making it difficult to interpret his/her own mental states as well as those of others.

Can You Have Alexithymia Without Autism?

It is important to note that alexithymia is not autism, but simply a distorted emotional processing that is co-occurring among individuals with ASD. Alexithymia is a psychological construct that is defined by difficulties in emotion processing and should therefore not be considered as a diagnosis of a condition.

As we know, autism is characterized by a variety of traits. These traits differ across every individual on the spectrum – so we find that there is a wide heterogeneity of emotional competence within the autistic population. Given this, it can be implied that, although research supports that alexithymia co-occurs with autism, alexithymia can occur without an autism diagnosis, and that not every person on the spectrum has alexithymia. The two conditions can occur without the presence of the other.

Alexithymia and Other Conditions

It is found that individuals with eating disorders have difficulties identifying and communicating their feelings. This is because individuals with difficulty in emotion processing turn to maladaptive practices as a coping mechanism; these maladaptive eating behaviors include purging, dietary restriction, and bingeing.

Nowakowski et al. (2013) states that when children are taught that emotions are negative (i.e., frightening or unacceptable), this leads to the belief that those emotions should not be expressed. When the person feels those emotions, it leads to secondary emotions such as guilt or shame. This is then followed by maladaptive behaviors to cope with those experiences.

The study by Nowakowski et al. found that individuals with eating disorders have high levels of difficulty in identifying and describing their emotions; this is possibly due to lack of emotional regulation.

Therapies or training that teach social cues and communication etiquette are beneficial for both autism and alexithymia even in the absence of alexithymia. Here are a few tips or ideas to teach your child emotional recognition.

Alexithymia is not necessarily a clinical diagnosis but rather explains a type of personality that can occur across the general population. The prevalence of alexithymia is most significant among autistic individuals. Research indicates that alexithymia and difficulties with emotional processing are closely related to depression and anxiety.

The inability to recognize one’s own emotions can lead to depression because of the inability to define and understand one’s internal conflicts for what they are and express or explain them to others. Therefore, a person with alexithymia and/or autism who experiences difficulties with emotional regulation or emotion recognition may experience anxiety and depression.

Some autistic children experience a variety of social skills challenges and emotional regulation that cause anxiety or aggressive behaviors. This challenge could be due to the fact that some autistic children may find it difficult to understand the world around them. In a “neurotypical world,” the experience of autistic individuals isn’t fully understood and so much still has to be done to raise awareness and acceptance of autism in our society.

If this is the case, the child may not necessarily have alexithymia but rather needs the necessary training and teaching to understand the world around them; as well as learn social cues so that he/she is better adapted to facing the realities of a “neurotypical” society. 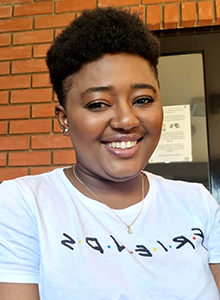 This article has been republished with permission. You may view the original article, published on October 7, 2021, at https://www.autismparentingmagazine.com/alexithymia-autism/.

Andréas Ruth B Deolinda, BA, BSc, is a writer, educator, and advocate for children with special needs. She was born in Congo, Brazzaville, and grew up in South Africa. Andréas holds three degrees: a BSc in Psychology & Biochemistry, a BA Honors in Drama Therapy, and a BA Honors in Psychology. She is currently completing a master’s degree in Research Psychology. Professionally, she has taught at two remedial/special needs education schools as well as running workshops for children in neurotypical schools and teaches foundation phase in South Africa. Andréas is also a writer and poet who shares her writing in French and English through her Instagram account and blog. For more information, visit Andréas’ website lockenwords.com or follow her on Instagram, LinkedIn, and Twitter.