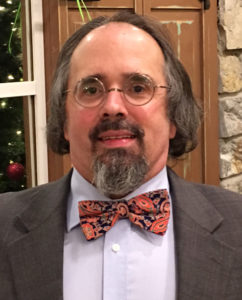 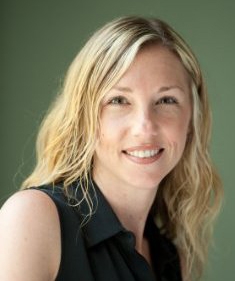 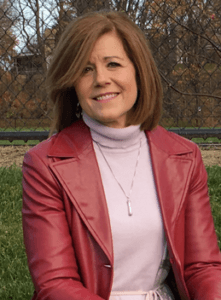 Social scientists have identified four distinct features including social isolation (the relative absence of social relationships); social integration (informal involvement with a spouse / partner, and the formal affiliation with religious, volunteer, or community groups); quality of relationships (emotional support of a significant other, and the stress impacting the relationship); and social networks (the constellation of associations surrounding the individual) as the impetus for overall health and well-being (Smith & Christakis, 2008; Umberson & Montez, 2010). By nature of their autism, including the absence of understanding the social rules of engagement associated with dating, romantic relationships, or everyday social exchanges, many individuals with ASD are put at a disadvantage. They often misinterpret the emotions associated with attraction and rejection, leaving them susceptible to committing an inappropriate act without the realization that what they are doing is wrong (Ray, Marks, & Bray-Garretson, 2004; Travers & Tincani, 2010). Unlike neuro-typicals who gain much of their knowledge through peer engagement in naturalistic settings, individuals with ASD have led more restrictive lives. While there are many benefits to integrating HFASD individuals with neurotypical counterparts, many remain socially excluded due to their eccentricities and thus, there is no assurance that skills learned can be organically applied and generalized across people, places, and situations.

Parents, educators, and community partners can help reframe public perception by promoting education and awareness. Gougeon (2010) defines reframing as a necessary shift in thinking in which a peculiarity is better defined as a skill deficit, thereby illuminating the relevant social barriers and stigma associated with autism, while alleviating the identified deficits with appropriate strategies and skills. Reframing should address “counterfeit deviance” – which is defined as behaviors that appear divergent upon initial observation but can be attributed to factors other than aberrant sexual arousal (Hingsburger, Griffiths, & Quinsey, 1991) – by re-conceptualizing these behaviors as being symptomatic of a social communication disorder (Gougeon, 2010).

Therefore, preparing HFASD students for campus living is essential. Providers and families should meet with all relevant parties to familiarize them with the diagnostic features of autism. Behaviors associated with ASD are often misinterpreted, and without clarification could impact an individual’s ability to receive fair and equitable treatment when confronted by campus police and administrators. The Individual Education Plan (IEP) should follow the student into postsecondary institutions. The IEP ensures that all reasonable accommodations will be met in accordance with their respective academic institution. Conversely, the social supports that were once embedded throughout high school are no longer maintained in college. For many HFASD students, the Disability Resource Center (DRC) becomes their lifeline for accessing the necessary resources to promote academic success. However, the DRC is not the most ideal location for social engagement and student community. Furthermore, the DRC is restricted from assisting HFASD students with other relevant campus supports including student housing and financial aid just to name a few. Although research suggests social ties can benefit ones overall health and well-being, social ties can also undermine health and may vary across social groups (Umberson & Montez, 2010). The social and sexual deficits that present in autism may inhibit them from fully integrating into their communities as social and sexual beings manifesting in depression, anxiety, low self-esteem, isolation and other mental health issues (Aylott, 2000; Ozonoff et al, 2005; Gougeon, 2010). Therefore, it is critical to identify resources that encourage positive social ties and promote personal health habits (Umberson & Montez, 2010).

Campuses should consider establishing best practices that can expand beyond the DRC to ensure that every HFASD student can successfully transition to campus life. Recommendations include connecting ASD students with a student mentor, counseling supports, and related groups so that they can develop social ties. Moreover, university residence life offices should accommodate ASD students as many have specific sensory, social, and emotional needs that dorm-life can trigger. Because many individuals with ASD have lead restrictive lives, having a roommate and being asked to cohabitate with someone other than a family member can create extreme anxiety. Dormitory resident assistants need to be sensitive to individuals with ASD including helping them to self-advocate, and communicate on behalf of themselves – especially when conflict arises.

Camarena, P. M., & Sarigiani, P. A. (2009). Postsecondary educational aspirations of high-functioning adolescents with autism spectrum disorders and their parents. Focus on Autism and Other Developmental Disabilities, 24(2), 115-128.

Goode, S., Howlin, P., & Rutter, M. (1999). A cognitive and behavioral study of outcome in young adults with autism. in preparation.

Gougeon, N. A. (2010). Sexuality and autism: A critical review of selected literature using a social-relational model of disability. American Journal of Sexuality Education. 5, 328-361

Greiert, B. S. (2016). Key components of successful sexuality education for high functioning students with autism spectrum disorder. A Dissertation Presented to the Faculty of the Morgridge College of Education, University of Denver. Retrieved on November 10, 2016 from ProQuest.

Going to college after high school, particularly for neuroatypical learners, can be like trying to get from one mountain top to another without a bridge or tools of any kind. […]

Before academics can be made a priority, a child’s behaviors must be addressed to set them up to be successful in an inclusive, general education setting. In an inclusive classroom […]