The introduction of delays to reinforcement has been an important part of the behavioral literature and clinical treatment practice since the use of functional analysis and assessment procedures and function-based interventions became best practice (Hagopian, Boelter, & Jarmolowicz, 2011). One commonly used intervention for addressing challenging behavior is functional communication training (FCT). FCT involves providing reinforcement for an alternative, appropriate communication response. The reinforcer provided within FCT procedures is the same reinforcer that was identified to maintain problem behavior. This intervention is most often combined with extinction procedures for maximum effectiveness. In the case of challenging behavior that is maintained by access to preferred items or access to attention, the individual is taught to request those items or attention by verbally requesting, handing a card, using a voice output device, or by some other appropriate method. At the onset of treatment, these alternative, appropriate requests result in immediate reinforcement and have been shown to be associated with a rapid and substantial decrease in challenging behavior. 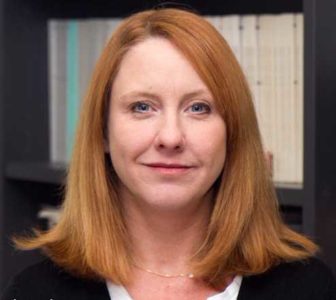 It has been suggested that delays in the typical environment differ from the arrangements discussed thus far and are instead sudden, unexpected, and unplanned and that caregivers may not know if a reinforcer is available until the request has been made (Ghaemmaghami, Hanley, & Jessel, 2016). Therefore, clinical research and practice has devoted some recent attention to addressing situations in which reinforcement is either delayed or denied. Mace, Pratt, Prager, and Pritchard (2011) evaluated three methods of saying “No” on escalating problem behavior. The three methods consisted of: 1) saying “No” following the FCR and providing and explanation; 2) denying access following the FCR while providing an alternative preferred activity; and 3) denying immediate access and requiring a contingency of completion of a low preference task and computer access. Results indicated that denying access while providing an alternative activity and denying immediate access and requiring a contingency to complete a low preference task were both effective at reducing problem behavior. One limitation of this study is that there was only one participant.

Hanley, Jin, Vanselow, & Hanratty (2014) offered several suggestions for reducing negative side effects of delay procedures including the use of probabilistic immediate reinforcement (i.e., some FCRs result in immediate reinforcement) and the addition of a response requirement during the delay (i.e., contingency-based delay). They also required a tolerance response from the individual following the cue to wait (i.e., stating, “okay”) and used varied delay cue statements such as “wait,” “not yet,” and “in a minute.” In a follow up study with four participants, contingency-based progressive delays were found to be more effective overall than time based progressive delays (Ghaemmaghami et al., 2016). In other words, when a delay to reinforcement was put in place, the procedure that required the individual to engage in some response (i.e., play activity, leisure activity, academic demand, etc.) was more effective than the time-based wait procedure without the response requirement. These results varied somewhat from the results of the Mace et al. (2011) study, suggesting that additional studies are warranted.

While delays to reinforcement are often appropriate, there are situations in which reinforcement is not available, even after a delay. Denied access procedures, also referred to as “Accepting No” and “Tolerating No,” have been described wherein the individual makes a request, is told “no” (i.e., the request is denied) and if he/she does not engage in problem behavior they are offered an alternative item. If the individual makes a request, is told “no,” and engages in problem behavior, the request is not reinforced (i.e., extinction) and “accepting behavior” is reinforced with differential reinforcement. It is then stated that the child “accepts no in the future” (Carbone, 2014). Hanley et al. (2014) describe a procedure referred to as delay and denial tolerance training wherein two of every five FCRs result in a delay or denial response. The procedures are similar to those described above wherein problem behavior did not result in reinforcement (i.e., extinction), the individual was taught a specific response to the denial cue statement that consisted of responding by taking a breath and saying “okay,” and the individual was required to engage in an alternative response (i.e., play, work task, etc.). Both of these procedures begin with short intervals between denial, being told “no,” etc. and then gradually increase the time between denial and reinforcement delivery.

Overall, results of studies examining delay and denial tolerance training or tolerating “no” suggest that there are several key components to effective programs to delay or deny reinforcement. First, a functional analysis for functional behavioral assessment is conducted in order to identify the reinforcer maintaining challenging behavior. Next, the individual must be taught to emit a functional communication response (FCR) in order to access the reinforcer while challenging behavior no longer results in reinforcement (i.e., extinction). Once problem behavior decreases to near-zero levels and communication responses occur at efficient levels, short delays to reinforcement can be introduced. A signal for the delay is used and can be varied (i.e., “wait,” “hold on,” etc.) and the individual can be required to respond with a specific response (e.g., “okay”). In addition, the procedure can include some ratio of immediate reinforcement for each occurrence of delayed reinforcement on a varied schedule (i.e., not predictable). That is, sometimes when the individual requests reinforcement with the FCR response he/she is not required to wait and reinforcement is delivered immediately. During the delay the individual can be the offered the option (i.e., a choice) of engaging in an alternative activity (if problem behavior has not occurred) or be required to complete an alternative activity and/or complete leisure or task demands (i.e., a contingency requirement). Next, these delays can then be gradually increased while monitoring levels of problem behavior and communication. If the levels of problem behavior remain low and communication continues to occur at efficient levels (i.e., when reinforcement is available) the delays can be increased until a desired schedule is met. While there is no precise method for determining which procedure is right for a particular individual, practitioners can use clinical judgment to determine which variation to evaluate initially while examining data on the effectiveness of the procedure can be used to guide decisions to evaluate variations of the procedures.