A large number of women with Autism Spectrum Disorder (ASD) are currently undiagnosed or misdiagnosed. In the United States, for every four males diagnosed with ASD, only one female is diagnosed (Centers for Disease Control and Prevention, 2012). While there is likely to be a true sex difference in the prevalence of ASD, females are also more likely to be underdiagnosed with ASD. This may reflect, in part, to a lack of awareness among health professionals and the general public about what ASD in women looks like. In addition to women being underdiagnosed or misdiagnosed with ASD, little empirical research currently exists on how they experience their sexualities. This is an unfortunate oversight, seeing that sexuality is common to all human lives. However, some of the existing literature on ASD and sexuality suggests that individuals with ASD may be more likely than individuals without ASD to identify as a “tomboy” or have a non-traditional gender identity (Ingudomnukul, Baron-Cohen, Wheelwright, & Knickmeyer, 2007), and to identify as a sexual minority or experience same-gender sexual attraction (Byers, Nichols, & Voyer, 2013; Gilmour, Schalomon, & Smith, 2012). In this article, our goal is to shed light specifically on the gender identities of women with ASD, drawing from our research and clinical experiences with autistic women in the community. 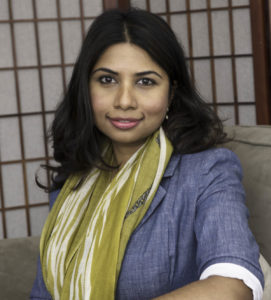 The research findings reported in this article are drawn from the [Autistic] Women’s Sexuality Study (Bush, 2016), Dr. Bush’s survey-based dissertation study of multiple aspects of sexuality and well-being among young women (18-30 years old) with and without ASD. Gender non-conforming individuals, including transfeminine women, were invited to participate too. In total, 248 individuals with ASD and 179 individuals without ASD participated, for a total sample size of 427. The clinical case vignette included here is drawn from Ms. Mendes’ work with hundreds of women (14-74 years old) with ASD, for diagnosis, individual and couples’ counseling, and in support groups.

What is Gender Identity?

In the [Autistic] Women’s Sexuality Study, participants were asked to describe their gender identity in an open­-ended format. Among the 248 participants with ASD, 50% reported having a non-binary gender identity, as compared to only 21% of participants without ASD. Aside from cisgender, which was reported by 50% of the ASD sample, the following genders were endorsed by participants with ASD: agender (having no gender; not identifying as masculine, feminine, or another gender; 17%); gender non-conforming/non-binary/genderqueer (not identifying exclusively as masculine or feminine, and not ascribing to the traditional gender roles and societal expectations of the gender associated with one’s sex assigned at birth; 15%); demigirl (identifying partially, but not completely as a woman, girl, or as feminine; 7%); genderfluid (moving across genders or having a fluctuating gender identity; 4%); transgender (having a gender identity that does not match the sex one was assigned at birth; 3%); bigender (having two gender identities, which may be masculine, feminine, and/or other genders; 1%); and pangender (not identifying exclusively as masculine and/or feminine and instead experiencing all genders, possibly genders that they cannot describe, or that society does not recognize; 1%)1.

What Do People with ASD Say About Gender Identity?

“I’ve always kind of been the ‘weird kid’ and have never really conformed to gender, so I don’t think I grew up with anyone that I cared about really expecting me to be straight or gender­conforming. If you’re different from the start, it doesn’t really surprise anyone all that much when you keep being different…” (Genderfluid, 27, Asian American)

“…I just accepted that I was vastly different than a lot of my peers and moved on with life. I have noticed that I am a lot more likely to completely discount gender identity as important than most of my peers, which is part of the reason I identify as genderqueer and pansexual (because as far as I’m concerned everyone else is sort of genderqueer too;­­ the gender doesn’t matter to me).” (Genderqueer, 29, European American)

These insights are consistent with the experiences of many gender non-conforming individuals Ms. Mendes has encountered in her counseling work. Below is a fictitious, composite narrative, intended to further illustrate the experiences of gender identity of some women with ASD. This is not based on any specific individual or client.

Meet Anik, who is White, European American, and 22 years old. Anik entered counseling at their parents’ recommendation due to their questions about ASD and gender identity. Anik prefers the pronouns they, them, and theirs. They dress in business casual attire – oversized silk blouses neatly tucked into their tailored trousers, and keep their messy, curly hair in a ponytail. They have a bachelor’s degree in history, but they are currently unemployed and looking for a job. Anik was designated female at birth and was given a traditionally female name. Over the last two years, however, they have not identified as female or as a woman – they are questioning whether they have a gender identity at all (“agender”). They have assumed a new name, Anik.

Anik has a somewhat complicated psychiatric history. Anik first received a diagnosis of anxiety disorder and ADHD at 12 years old, when they first began to worry about their parents getting a divorce, despite the fact that their parents remained married. At 15 years old, Anik was diagnosed with depression and anorexia, and was briefly hospitalized. Recently, Anik was reading online and came across a blog about women with autism. Upon learning more about ASD and its symptoms and features, they began to wonder whether they might have ASD. Their parents thought that it would be useful for Anik to see a specialist to find out more about ASD.

In counseling, Anik was found to meet diagnostic criteria for ASD. Being formally diagnosed with ASD was a relief to both Anik and their parents. Finally, Anik was able to understand why they struggled with social anxiety, had emotional meltdowns, was very sensitive to certain clothing textures, and had difficulty initiating conversations and picking up on others’ body language and other social cues. After several sessions focused on increasing Anik’s knowledge of ASD and awareness of ASD traits and experiences, Anik felt comfortable discussing their gender identity. They shared, “I have been wondering about whether I am agender. I first learned about this concept a couple of years, when a friend posted something about it on Facebook. I feel like ‘agender’ describes who I am because I do not intrinsically feel either male or female. I really do not identify with either.”

Some autistic women identify as cisgender, or female: they are designated female at birth, and grow up to have a feminine gender identity that is consistent with their sex. However, this is not the case for many individuals with ASD – including about half of the participants in the [Autistic] Women’s Sexuality Study. These findings were consistent with the few other studies in which autistic adults self­-reported on their own sexuality identities and experiences (e.g., Byers et al., 2013, Gilmour et al., 2012). Autistic individuals who are designated female at birth but have a gender non-conforming identity may be relieved to know that their experience is common. It may be the case that aspects of their neurology, while currently unidentified, may account for differences in their gender identity. Self­-knowledge can be empowering to live authentically and to pursue meaningful relationships.

A theme that emerged from participants in the [Autistic] Women’s Sexuality Study was the being less tuned into social communication subtleties – a feature associated with ASD – may protect someone from being oppressed or held back by social norms around gender. For some individuals, these norms can feel very restrictive. As a result of feeling less bound by social norms, people with ASD may feel freer to explore their gender identity and to identify as neither female nor male, but as something different or somewhere in between. However, given the focus on women and young adults in the [Autistic] Women’s Sexuality Study, we do not know whether males or older adults with ASD may be more, less, or equally likely to endorse non-­binary gender identities as the participants in the [Autistic] Women’s Sexuality Study.

Raising the awareness of families, friends, and professionals about the diverse continuum present in gender identities of people on the autism spectrum is important so that they can demonstrate sensitivity, understanding, and acceptance. For health professionals, it is important not assume that anyone is cisgender. Instead, people in these roles are encouraged to ask their clients/patients about which pronouns they prefer (e.g., “she,” “he,” “they”) and use these respectfully. Also, asking questions of this nature also demonstrates comfort and willingness to discuss gender and sexuality. Further, it is important not to make assumptions about other people’s identities based on the way they look or seem. For some people, their outward appearance is very much linked with how they identify on the inside, but for others, their outward appearance may be different from their inner identity. Further, some individuals have fluid gender identities that fluctuate over time. These changes may happen very quickly or very slowly, and people may choose to use different terminology to reflect these changes (e.g., a person who previously identified as heterosexual may now identify as asexual). Overall, people involved in the lives of individuals with ASD are encouraged to educate themselves on how this population – particularly young women – may experience gender differently.

Eva Mendes, LMHC, is an Asperger/autism specialist, psychotherapist, and couples’ counselor in private practice in Arlington, MA. She has met and worked with hundreds of individuals, couples, and families with Asperger’s/Autism with diverse profiles, circumstances, and backgrounds. She also facilitates workshops and trainings at various universities, mental health, and medical centers. Her book Marriage and Lasting Relationships with Asperger’s Syndrome was published last year. She can be reached at her website http://www.evmendes.com or email at evamendes2911@gmail.com.

Hillary Hurst Bush, PhD, recently received her doctorate in Clinical Psychology at the University of Massachusetts Boston. She is now a Clinical Fellow at Massachusetts General Hospital. She can be contacted at umbwomensstudy@gmail.com.

1. Please note that these definitions are adapted from those provided by Nonbinary.org, the GLAAD Media Reference Guide, and recent scientific research on gender identity.

The Centers for Disease Control (CDC) estimates that 1 in 59 children has autism spectrum disorder (ASD), with boys being four times more likely to be diagnosed than girls (Mandy […]