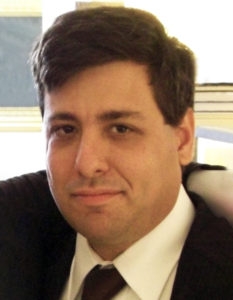 Michael Gilberg has years of both Special Education and Disability Rights Law and Advocacy Experience. Attorney Gilberg also has his own personal experience as someone on the Autism Spectrum. Michael received his J.D. from Pace University School of Law in 2007 after receiving both his BA and MPA, also from Pace University.

Michael’s passion and strength is inspiring, especially given the difficulties he had to ensure growing up without a diagnosis in a failed system. Rightly so, he is proud to tell his story of overcoming incredible odds to become a leader and voice for families and individuals on the spectrum.

Growing up I was not properly diagnosed with Asperger’s Syndrome until I was 18 years old. Looking back, I know I did not get proper educational services and did not get the education I was entitled to. If my parents had known what I know now things might have been different. Unlike many children who gave up on their lives, I worked harder and pushed ahead and got here through my own determination and hard work.

I spent my entire educational career prior to college in special education, despite not ever being given the proper identification and diagnosis. A turning point in my journey occurred when I was in the 6th grade. The school social worker at the time told my parents that I was never going to graduate High School and they should “throw me away” and forget about me since I had no future. Meanwhile I had one friend at that time, who the same social worker said was well adjusted and ready to return to mainstream public school.

Unfortunately, the social worker had betrayed my friend’s trust by repeating something told to him in a private counseling session to the whole class in a group session, despite his request that it be kept private. He shared with me his feelings of betrayal by the social worker and never trusted adults after that with his private feelings. My friend did go back to mainstream public school, and because he now was keeping his feelings even more inside, he never shared with anyone the demons consuming him. The day before his 16th birthday (which was 4 days after I turned 16) he committed suicide, leaving his mother to find his body. Because of the social worker he never told anyone about what was haunting him. I always say this event was a turning point in my life and almost 25 years later this event still has had a great impact on who I am and who I have become. I always say the system failed me but failed him worse. Unfortunately, when I Googled the social worker to tell him how he was wrong about me, but had failed my friend even worse, I found his obituary. He had passed away in 2011.

As an adult I proved the social worker wrong by not only graduating high school but college, graduate school, and law school and then becoming an attorney, I realized I had something to give back so no other child would go through what both my friend and I had. I knew I had to make a difference, so children like I was would know they had a future, and children like him would know there were people they could go to and that they did not need to feel hopeless.

My life experience of having been where your child is drives my desire every day to fight for justice for children with disabilities and their families. I made something of myself, but sadly, many end up like my friend.”