The Neurobiology of Sensory-Perceptual Symptoms in Autism

A significant proportion of people with Autistic Disorder and other pervasive developmental disorders exhibit sensory symptoms, which can include over-responsiveness, under-responsiveness, and paradoxical responses to environmental stimuli. Indeed, autobiographical accounts by people with autism reveal that heightened sensitivities, sensory seeking and high pain thresholds form a crucial part of their experience and cause distress, anxiety, fear and confusion. Sensory symptoms can exist across all modalities and can be categorized into three domains: distal senses (visual and auditory), proximal senses (tactile and olfactory), and internal/regulatory senses (vestibular, proprioceptive, pain). Studies examining rates of sensory symptoms in school-age children with autism report a range from 42% to 88%. A recent study found that scores on the Sensory Profile in young children with autism were significantly higher than in children with other developmental disorders and high scores correlated with stereotyped interests and behaviors. Sensory symptoms thus contribute significantly to the heterogeneity of autism and present to researchers an opportunity to further understand the neurobiology and clinical features associated with this specific symptom domain. 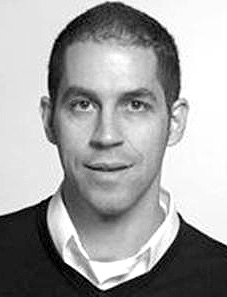 Kanner’s clinical observations of autistic children from 1943 include sensory-perceptual symptoms and the Diagnostic and Statistical Manual of Mental Disorders (DSM) over the decades has included this symptom domain either in the diagnostic criteria for autism or as an associated feature. However, despite longstanding awareness, relatively little is known about the neurobiology or phenotypic nature of sensory-perceptual symptoms.

For instance, in the 1960’s and 1970’s the prominent theories of autism focused on the physiology of sensory responses to various stimuli. Researchers thought that abnormalities existed in the more distal areas of the central nervous system that initially receive and process primary sensory information. According to this view, malfunction would directly lead to sensory-perceptual symptoms and then to the associated impairments in social and communicative functioning. Most physiologic experiments failed to show a robust difference in sensory function between autistic individuals and healthy controls. Furthermore, a popular treatment called Sensory Integration Therapy has shown only mixed or negative results in scientifically rigorous studies.

Sensory-perceptual symptoms of autism were further marginalized in the 1980’s and 1990’s as the rise of cognitive theories (i.e., central coherence, theory of mind, etc.) focused on a fundamental deficit in higher-order “global processing” of information. Such an impairment would lead an individual to gravitate away from higher order social and communicative functioning and towards a preoccupation with details and stimuli. However, no data has consistently proven the presence of an all-encompassing central, global processing impairment. In 1987, the DSM-IIIR reclassified sensory-perceptual symptoms as no longer being among the symptom criteria but as associated features of the condition.

This study, funded by the Seaver Autism Center and the Mount Sinai School of Medicine’s General Clinical Research Center, seeks to measure and categorize sensory-perceptual abnormalities in autism by using functional MRI to study brain activity in response to touch. The neuroanatomy of this fundamental sensory system is well understood and this study seeks to correlate the presence of functional abnormalities in cerebellar-parietal pathways with the presence of sensory-perceptual symptoms on behavioral measures.

The inferior olivary nucleus, which resides in the medulla, receives information from an offshoot of the above pathway. This nucleus sends information via climbing fibers into the cerebellum and each synapses onto several Purkinje cells. The inferior olivary nucleus also receives input termed “efference copy,” which is a copy, or representation of motor innervations, sent down from motor planning areas. This information is also relayed to the cerebellum via climbing fiber input.

The cerebellum, which is involved in predicting the sensory consequences of motor actions, uses the climbing fiber input as a comparator between predicted and actual sensory stimuli. When actual sensory input via the afferent nerves matches the predicted sensory input from top-down efference copy, the cerebellum attenuates the somatosensory response. Neurophysiological data show that active (predicted) touch is “gated” in primary somatosensory cortex of rats and monkeys compared to passive and external (unpredicted) touch of an identical tactile stimulus. This attenuation presumably protects the organism from an overload of sensory input during motor activity and also explains the clinical phenomenon that people cannot tickle themselves.

A group of researchers in England used fMRI to study such brain activity in healthy adults in response to self-produced and externally produced tactile stimuli and found that the secondary somatosensory cortex (S2) becomes less active when responding to a self-produced tactile stimulus and more active in response to an identical, but externally produced tactile stimulus. This pattern of response reflects the brain’s capacity to predict and attenuate the sensory consequences of self-produced motor actions. The same authors conducted a PET study, also in healthy adults, which demonstrates that the cerebellum is involved in such sensory predictions: right lateral cerebellar cortex activity attenuates as the delay between movement of the right hand and the subsequent touch of the left palm decreased (via a robotic interface). The shorter the delay, the less of a discrepancy between actual sensory input and “predicted” efference copy leading to more gating of the somatosensory response.

Our study uses fMRI to measure neural activity in response to self-produced tactile stimuli in autistic adolescents and healthy controls. As outlined above, such stimuli are known to produce attenuation in the cerebellum and secondary somatosensory cortex in healthy adults. This attenuation reflects the capacity to predict the sensory consequences of self-produced motor actions. We have piloted a functional MRI protocol that examines brain activity in response to self-produced tactile stimulation. This preliminary data suggests that some autistic subjects may have impairment in the capacity to predict and then attenuate sensory consequences of self-produced movement. We are actively recruiting adolescents for this study. Participants will receive a free diagnostic evaluation including a psychiatric evaluation, ADOS and ADI-R, the opportunity for a free genetic evaluation, and reimbursement for their time.

Parents who are interested in finding out more can call the Seaver Autism Center at (212) 241-2826 or contact the author: david.grodberg@mssm.edu.

Many individuals with autism, like myself, have challenges with the sensory world. Sometimes these challenges are difficult for us to identify, and quite often it’s even harder for those around […]

A Practical Guide for Parents of Children with Sensory Processing Difficulties

Having a child diagnosed with an Autism Spectrum Disorder (ASD) necessitates parents to make a host of lifestyle and emotional adjustments. Many of these adjustments are in response to behavioral […]

There is a growing body of literature describing unusual sensory processing patterns in individuals with Autism Spectrum Disorder. A proliferation of writing from individuals with ASD such as Temple Grandin, […]

The word “overstimulation” is not listed in standard collegiate dictionaries. In the lives of people with Asperger Syndrome, however, this little-recognized form of stress reigns supreme. The ideas in this […]