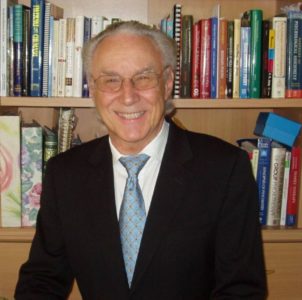 The RAADS-R was validated in an international study conducted at nine medical centers on three continents (North America, Europe, and Australia). Subjects included 201 Autistic Disorder adults and 578 comparison cases (276 who never had a DSM-IV TR diagnosis, and 302 who had a DSM-IV TR diagnosis other than Autistic Disorder). Results revealed: Sensitivity = 97% (percent of false negative or missed diagnoses), Specificity =100% (percent of false positive diagnoses), Concurrent Validity = 96% when compared with another diagnostic instruments (ADOS Module 4, SRS), and Test Retest Reliability r = .987. Detailed statistical analyses are contained in the articles cited below.

To administer the RAADS-R, a diagnostician reads each question to the subject and marks the answer sheet. This insures that the questions are understood, the answers are properly coded, and the score can be quickly determined. Most importantly, however, it gives the diagnostician a chance to identify and discuss specific symptoms during administration. The average time to complete and score the RAADS-R is thirty minutes.

The RAADS-R is not copyrighted and the authors have no financial interests in this scale or its use by clinicians.

Edward R. Ritvo, MD is Professor Emeritus at the UCLA School of Medicine. Edward R. Ritvo MD is an internationally recognized medical expert, researcher and pioneer in the field of autism and Asperger’s Disorder and co-author of the official diagnostic criteria in the DSM (Diagnostic and Statistical Manual of Mental Disorders). Much of what is known about these disorders today is based on his painstaking research and groundbreaking discoveries. Riva Ariella Ritvo, PhD is a clinician and a biomedical researcher specializing in children and adults with Asperger’s and Autistic Disorders. She was the director of the Ritvo Clinic and is clinical instructor at the Yale Child Study Center at the Yale University School of Medicine. Max Ritvo is attending Yale University. Max is a co–investigator on the international multi–center RAADS–R study. He was a co–investigator and co–author on the published RAADS articles in JADD and Comprehensive Psychiatry journals.

Autism Spectrum Disorder (ASD) is a generally life-long neurodevelomental disorder characterized by impairments in social communication and social interaction and the presence of restricted and repetitive behavior. There is significant […]

An Accurate Assessment is the Foundation of Your Child’s Future

Whether it is your child’s first IEP or their last, you need an accurate assessment to develop IEP goals. But assessments for individuals with autism spectrum disorder (ASD) have just […]