Where Is the Reform Movement in the Field of Intellectual and Developmental Disabilities in New York State?

All human services are facing twindemics of the Coronavirus and its economic consequences. The losses of staff and people in need of services are tragic.

Here is the dilemma: Does even talking about reform in the field of intellectual and developmental disabilities (I/DD) make sense in the face of the tragic and economic impact of COVID-19 or the financial impact on state and local budgets? 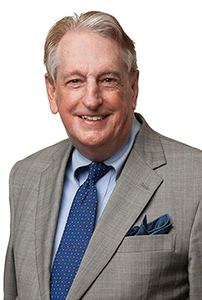 Where do we look for insight and reference to reform? National associations or advocacy groups, or leading academic centers, or prominent elected officials?

True enough, many of these sources espouse grand values like person-centered care and social justice. Some of these values are baked into most of the home and community-based waivers that most states use to offer non-traditional or non-Medicaid services.

In New York State, we look to the Office for Persons with Developmental Disabilities (OPWDD), the office that was created to lead the reform effort driven by the Willowbrook Consent Decree in 1975. But this office seems to have fallen into the usual government bureaucracy behavior that focuses on cost-containment and regulatory compliance.

One of the more encouraging and perhaps enlightened discussions in policy circles is the focus on social determinants of health. We may see a breakthrough with this focus because it recognizes that a person’s well-being goes beyond direct medical services and includes all the living factors that make their lives safer, fuller and more meaningful. A potential rebalancing of public resources to support independence and inclusion would enhance a person’s well-being. What is interesting is that the field of I/DD has been providing what is now called social determinants of health for many decades. Some researchers and practitioners point to the dramatic longevity of persons with I/DD as clear evidence of the impact of using social determinants.

Even though, in the early years of NYS Governor Andrew Cuomo’s administration, managed care was proposed as a major reform for the field, for the next ten years we have had all kinds of transformation panels calling for managed care without a definitive plan of action. Even the Governor’s Budget language in 2018 stated a clear policy in support of managed care but there is still no definitive decision to proceed. I would caution the reader that managed care by itself is not really a reform initiative because it is more of a method to distribute public funds. Without a clear model of care and explicit outcomes, the service configuration remains in status quo even under managed care.

Reform comes in different flavors; words like integration, coordination, outcomes, inclusion, and independence are expressed as part of the language construct that might be part of a reform agenda. The Merriam-Webster dictionary definition of reform is “to put or change into an improved form or condition.” For the field, there is no single document or statement that could mobilize all constituents to drive a reform agenda. Also, there is no process informally or officially that could bring all constituents to the table. In essence, there is no reform agenda for the field; no agreed upon commitment to change the current form of care.

After 11 years of the Cuomo administration, what can the field show for progress? More and better services; more people being served; innovative models of care and living; or financial sustainability?

On a general basis, there is no definitive assessment of the state of the field and how well it is doing to meet the current and changing needs of persons with I/DD. Are they living more independently, getting better medical care, improving their well-being, or are resources being used efficiently? We just do not know.

I guess we could point to the implementation of the care coordinating organizations (CCOs) that came into being in 2018. The promise was that independent, conflict-free organizations could bring about more objective and better integrated plans of care. While it is too early to assess how well the CCOs accomplished its goals, it does demonstrate that the field can mobilize and implement major changes given the right direction and incentives.

I often hear that reform is not possible because the field is overregulated and underfinanced. Well, history in the field in New York does not conform to that assumption. Two historical events prove that reform can be launched and be successful even in the face of tough obstacles. The Willowbrook Consent, which most would agree, drove reform after it was signed in 1975 even in the face of bankruptcy of New York City. The second major reform was in the 1980s when community integration and living were accelerated along with the closing of most of the state operated institutions, including Willowbrook in 1987, even facing dramatic financial constraints along with massive federal changes in welfare and Medicaid under the Reagan presidency.

The lesson learned is that you shape financing to meet the reform agenda not the other way around. Otherwise we will constantly hear complaints of being under funded and overregulated.

The reform narrative is so important because it creates a way of having a discourse and helps set what the framework is for action. Reform opens up the possible. Parents, advocates, providers are often angry. It is exhausting to be angry and outraged all the time. It is enervating. There is no consensus on what the field and all the constituents really want.

Governor Cuomo epitomizes statecraft. He has done so many good things and his fight for social justice is noble. But he has not given any time to the field of I/DD. This is mysterious and frustrating. There is an empty space in his quilt of social justice. Reform of the field could be woven into his fight for social justice by supporting some simple things like having consensus building sessions with stakeholders or expressing the value of inclusion as a basic human right.

“Developmental Disabilities” is an umbrella term that includes intellectual disability but also includes other disabilities that are apparent during childhood. The field of I/DD covers so many different individuals with so many different needs that it is hard to capture a reform agenda that embraces all persons.

What is compelling us to even think about reform?

The two overwhelming issues over the last ten years are financial issues and the drive to get the state to implement managed care. Sad to say neither one has been adequately dealt with.

The nonprofit providers and family advocates have been the guardians of the core values that still hold true for the field. Endless battles seem to characterize the political platform in New York.

What is reform for the field of I/DD? What would it look like? I think it first starts with people just asking the question: Where is the reform agenda? We need to channel all the frustrations and anger into a commitment to action. If the goals of independence and inclusion are not at the top of the reform agenda, then it may lack relevancy to families and persons seeking services and support. One of the starting questions begins by asking persons being served and families, including staff, how would you make your day more fulfilling? Let us start this dialogue as a step toward reform.

Arthur Y. Webb was the former commissioner of OMRDD (now OPWDD) from 1983 to 1990 and Executive Director of Division of Substance Abuse Services (now OASAS) from 1990 to 1992. Mr. Webb has held several senior executive positions in government and the nonprofit sectors. For the last ten years, he has been a consultant working with numerous nonprofits to translate public policy into innovative solutions. Presently is the Executive Director of the New York Integrated Network for Persons with Intellectual and Developmental Disabilities (a nonprofit collaboration of 12 providers). Contact: arthur@arthurwebbgroup.com or 917-716-8180

I am writing this piece to let any autistic individuals know that, when life throws challenges, you can make it through the pain. You may hurt, feel like your life […]