Salesforce employees know they can count on Kristian Goris to go above and beyond. “Working makes me feel very good,” he says. “Whenever I go to work, I’m not only doing this for myself, but I’m also doing it for my family and those I care about. It’s really a great feeling.”

Kristian wasn’t always this way. It has taken the 23-year-old, Bronx, N.Y., resident time to become who he is today. Once an introvert, who preferred not to speak with people, Kristian has worked hard, with the support of AHRC New York City’s Employment and Business Services’ (EBS) staff. Salesforce has opened its doors to Kristian and 22 other people with intellectual and other developmental disabilities (I/DD). 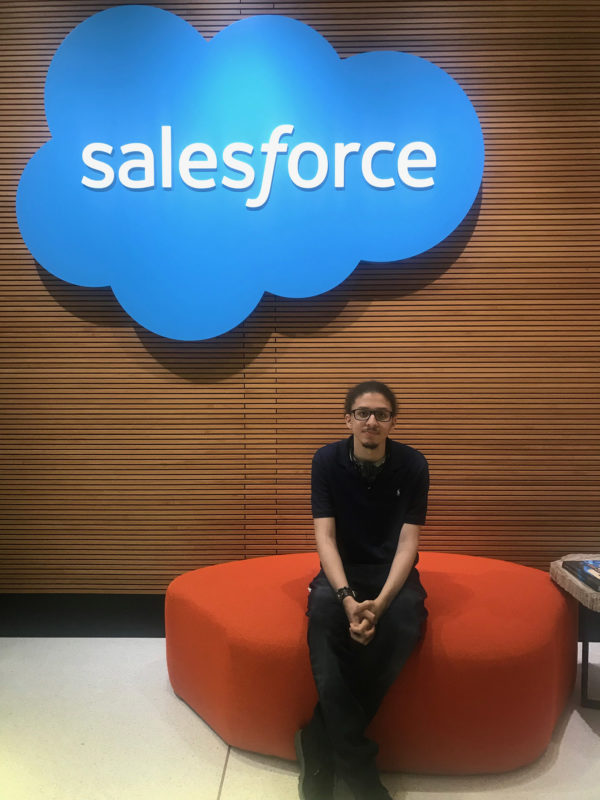 “Salesforce recognizes that Kristian and other people with I/DD are hardworking, dedicated and loyal employees,” says Marco Damiani, CEO of AHRC NYC. “Working increases their confidence and self-esteem, impacting other parts of their lives in a positive way.”

Twenty-nine years after the signing of the Americans with Disabilities Act, employment remains an elusive goal for many people with disabilities. The labor force participation rate for working-age people with disabilities increased in August 2019 from the previous August, according to the Bureau of Labor Statistics Job Report released on September 6. It rose 5.2% to 34.7%. The labor force participation rate is the percentage of the population that is working or actively looking for work.

Michele Shapiro, Assistant Director of AHRC NYC’s EBS, recalls Kristian gaining some basic computer skills at a pilot program AHRC NYC had with Specialisterne, a work readiness program to assess soft IT skills. “But his biggest issue was fear; fear of employment and fear of traveling independently,” she says. Kristian’s father would drive him from the Bronx to the program’s SoHo office in Manhattan.

That fear of traveling may have stemmed from Kristian’s mother. “I was very nervous about him taking the bus or subway,” Maria Goris says. “He’s a good boy, very honest and I worried about people take advantage of him.”

At an internship at AHRC NYC’s Bronx office, Kristian took it upon himself to alphabetize files, while maintaining the file room and assisting staff with other tasks. The site was closer to home, but his father still drove him to the office and picked him up each day.

Commuting on His Own

EBS staff repeatedly discussed the importance for Kristian to learn to travel independently. It was a requirement for working at Salesforce. Having never traveled on a bus or a subway on his own, it took some courage, but Kristian finally asked his father to teach him how to travel on the subway. They would practice on Saturdays, taking a train to one stop and then reversing the route. Kristian caught on and today travels independently on his 40 minute commute to Salesforce’s midtown Manhattan office.

“Coming to Salesforce was a weird transition,” Kristian recalls. “I liked the Bronx office and enjoyed the people there. As time went on, I realized I had to move on and let go of the (Bronx job). Working here is a very welcoming environment. I don’t regret it.”

He performs light janitorial work, cleans dishes and makes sure conference rooms are in order. He’s eager to create a comfortable and tidy work environment for his Salesforce colleagues.

“Salesforce employees respect Kristian’s attitude to work hard and are very supportive,” says Natalia Dedyulya, Account Coordinator at AHRC NYC’s Manhattan EBS. “I like his desire to improve everything he works at. He is a very reliable person.” 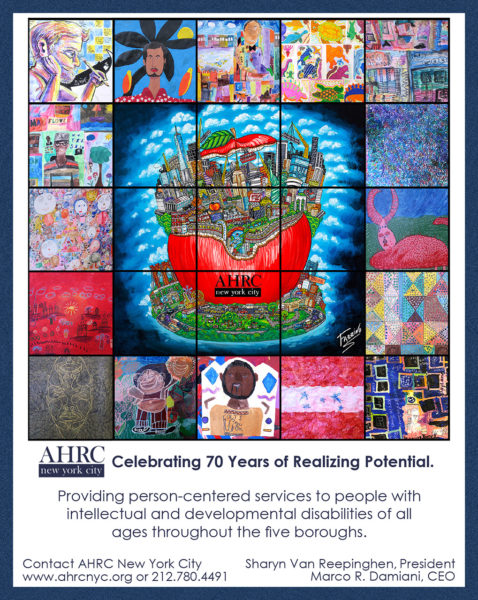 “In hiring the AHRC New York City team to our Workplace Service team has been an added bonus to our Customer Service levels at the New York Tower,” Marc Williams, Salesforce Facilities Coordinator, says. “The team not only aids us in keeping the Facilities clean and inviting to our employees and customers, but they are also part of our Ohana (Family). Our values are intentional, we welcome and embrace everyone.”

Today, Kristian also flies to various gaming tournaments around the country. His brother accompanied him the first time, but told his mother afterward that he should go on in own in the future.

“I ask all the time how he feels at work?” his mother says. “He’s very confident and everyone treats him nice. That gives me peace of mind.”

A family-governed organization founded 70 years ago, AHRC New York City is one of the largest not-for-profit health and human services organizations in the nation committed to finding ways for people with intellectual and other developmental disabilities to build full lives as defined by each person. With a staff of over 5,000, AHRC NYC offers an array of services that annually touches the lives of 15,000 people and their families in the five boroughs. The organization is part of a social justice movement grounded in our common humanity and the beauty of human difference.

Salesforce is the global leader in Customer Relationship Management (CRM), bringing companies closer to their customers in the digital age. Founded in 1999, Salesforce enables companies of every size and industry to take advantage of powerful technologies—cloud, mobile, social, internet of things, artificial intelligence, voice and blockchain—to create a 360° view of their customers.

Lynn Uhlfelder Berman is a public relations consultant with AHRC New York City. She has worked in the field of developmental disabilities for more than 20 years.