A new method devised by a Drexel University professor to diagnose children on the spectrum for anxiety symptoms – which tend to be masked by symptoms of autism – was proven effective in a study published today.

“Anxiety is considered an internalizing symptom, in that it is mostly felt by the person inside their bodies and minds and is not always obvious to others,” said Connor Kerns, PhD, an assistant research professor in the A.J. Drexel Autism Institute of Drexel University’s Dornsife School of Public Health. “For example, a child may avoid a social situation because they are not socially motivated – a symptom of autism spectrum disorder – or because they are afraid of being socially rejected – a symptom of anxiety.” 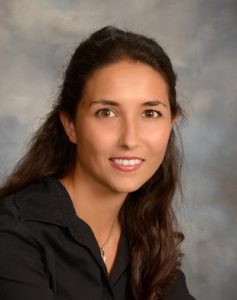 Since children with autism can have difficulties expressing themselves, it is often up to their parents to discern whether their behavior is actually a symptom of autism or of anxiety. But since those symptoms are sometimes difficult to tell apart, even for the child’s parent, clear clinical guidelines may greatly improve the ability to reliably diagnose anxiety issues.

Taking that into account, Kerns developed an autism-specific variant for a pre-existing anxiety assessment tool. Kerns’ Autism Spectrum Addendum (ASA) to the Anxiety Disorders Interview Schedule – Child/Parent (ADIS-IV-C/P) adds new questions that are woven into the original interview to help determine what behaviors might be part of the child’s autism and what might be related to anxiety.

With a correct diagnosis of anxiety, those children could begin crucial treatment.

“Treating anxiety is important in autism spectrum disorder because anxiety is associated with significantly more impairment for the child and their family,” Kerns explained. “That can include more stress, more self-injurious behavior and depression, and more social difficulties and physical ailments.”

She noted that research has shown that the majority of children with autism who received therapy for their diagnosed anxiety disorders were rated as “improved” or “very improved” afterward.

Kerns first developed the ASA method in 2014. She recently tested it in a study of 69 children with autism who had a concern about anxiety, but no prior diagnosis.

“All children interested in the study completed a comprehensive evaluation to determine if they did, in fact, demonstrate clinically significant symptoms of anxiety and autism according to the ADIS/ASA interview,” Kerns said. “All ADIS/ASA interviews were video- or audio-recorded and listened to a second time by a blind assessor, who came to their own conclusions about the child’s diagnosis.”

Those results were also run against other measures of anxiety to check if they came to the same conclusions.

In the end, Kerns’ autism-specific addition to the anxiety evaluation aligned with the blind assessors and other measures of anxiety, demonstrating its reliability as a diagnostic tool.

“These findings are extremely important to those who may wish to use the ADIS/ASA in their research or in their clinical work with youth on the spectrum,” Kerns said, “They suggest that the ADIS/ASA is a reliable tool for comprehensively assessing anxiety in children with autism that may reduce the likelihood that anxiety goes undetected and untreated, while also reducing inconsistencies in research.

Her study with this data was published in Journal of Clinical Child and Adolescent Psychology.

Ultimately, having a reliable method to diagnose anxiety in children with autism will play an important role in their future.

“While autism may make it difficult for you to know what to do in social situations, anxiety makes it difficult to look at your strengths and challenges in an even way,” Kerns said. “This is a particularly pernicious threat, in my opinion, because it can prevent individuals from coping with and, eventually, overcoming real challenges in their lives and seeking out opportunities and experiences, such as education, social interaction and employment, that are crucial to their development.”

“Put another way, when your anxiety is high, you are focusing on surviving rather than living, and this has real consequences on your mental, emotional and physical health,” she added.

This article is reprinted with permission. You may view the original article, published on December 8th, 2016, at http://drexel.edu/now/archive/2016/December/Kerns%20ASD%20ASA/.