Autism, Masking, and Sense of Self

In a rightly ordered world, the need to mask, or to hide one’s true self in order to “fit in,” would not exist. We all deserve to be who we are without being punished for doing so. But the world in which we live is anything but rightly ordered in this respect. A multitude of autistic individuals including me can relate. We have had to endure far more than our share of challenge and adversity, simply for being who we are: social isolation, sexual violence, bullying, torture, workplace discrimination and disproportionately high unemployment/underemployment rates, to name but a few examples. After all, we have no choice but to contend with rules around socialization and behavior which were not written with us in mind. 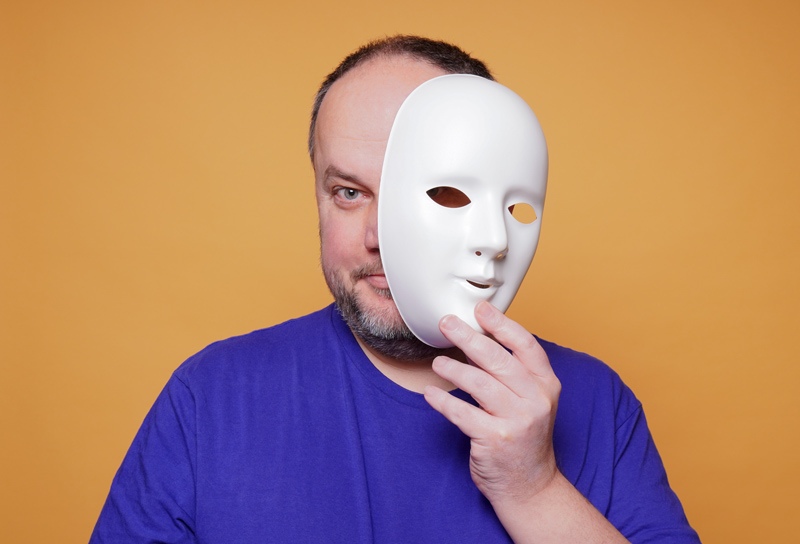 I listen to the stories being told by my fellow autistics on social media and during support group meetings and I often find myself heartbroken. I react this way in part because of the injustices that are leveled upon good, well-intentioned people and partly because some of them feel they must hide their true selves in trying to avert such injustices. Masking comes at a cost, particularly when practiced continually over long stretches of time, in which case some of the autistics I’ve heard from actually lose track of who they are. Furthermore, there is a risk of burnout because of the sizeable expenditure of energy and emotional hardship which masking frequently entails. As for unmasking, the prospect of doing so is often extremely anxiety-provoking, if not frightening, largely because of the stigma surrounding autism.

Some of the autistic individuals I have met admit that they don’t know how to mask while others mask but to little or no avail. Trying to be somebody you are not, but which the greater society expects you to be, is a tall order to say the least. That kind of expectation is both unfair and unrealistic.

Stimming is a form of behavior commonly exhibited by autistics which involves repetitive body movements or noises. It is a self-regulatory strategy on which we often rely when dealing with sensory overload or when experiencing intense emotions such as joy, excitement, boredom, fear, stress, and anxiety. Arm or hand-flapping, finger-flicking, nail-biting, rocking back and forth while sitting or standing, jumping, spinning, and twirling are typical examples.

Stimming is one reason why autistics mask. In this case, fear can be a motivating factor, the fear of what could happen should others bear witness. When stimming is suppressed, the risk of a meltdown escalates in that autistics are denied an important means of coping with challenging situations. The sensory sensitivities which tend to accompany autism lead to challenging situations becoming commonplace, resulting in a heightened need to stim and the greater likelihood of a meltdown. A no-win scenario, regardless of whether stimming is exposed or masked.

My own lived experiences as an autistic illustrate how the stigma around autism and the act of masking adversely impact self-esteem. During my formative years, I wore the mask of a people pleaser. Doing so unfortunately made perfect sense, granted my pronounced sensitivity to confrontational situations as well as the fact that I knew I was different but did not want to be.

Masking was my way of turning away from myself by trying to cover up my differences so that I could be more like my peers. I believed that doing so would lead to a greater sense of belonging. My need for conflict avoidance was the driving force behind my eagerness to be on good terms with everybody with whom I associated. And yet, I was publicly ridiculed, bullied and cut down to size more often than I should have been, and frequently felt socially isolated. It didn’t occur to me at the time, though looking back in hindsight, I was, to too great an extent, living my life according to what others wanted from me, and my self-esteem suffered for it.

I was unaware of the harm that my people pleaser mask was inflicting until my parents and a talk therapist I’ll never forget managed to get through to me and wake me up to this reality. I am extraordinarily fortunate to have had them on my side. Prior to that point in my life, refraining from masking would have been unthinkable – too scary for the younger version of me to consider. In this regard, the mask had been a survival strategy, albeit a deeply flawed one, until I began to break away from my old methods and bring forward more of the real me, slowly, and in small steps.

It wasn’t until sometime in my mid 40’s that I emerged from the pit of doom into which masking and self-doubt had forced me, achieved self-acceptance, and finally felt comfortable in my own skin. Self-love would have eluded me had it not been for lots of hard work on myself, learning many lessons the hard way, help from clinicians, talents at which I was able to become proficient, and my parents and the aforementioned talk therapist repeatedly reminding me that I had plenty to be proud of and that I deserved to think highly of myself for this reason. Today, I am happy, emotionally stronger, self-confident, and not afraid to open up about my experiences with autism.

I want autistic individuals who contend with masking and compromised self-esteem to have what I had as I embarked on my journey toward becoming whole. Less stigma and greater understanding and acceptance of autism are needed, all of which would result in less pressure to mask. It would then become easier for us to live according to our genuine, authentic selves without fear of adverse consequence. We have much to contribute to the world and we are able to bring out the best in ourselves when we feel safe to be who we are. 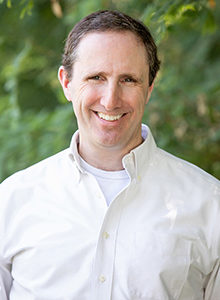 Sam Farmer is a neurodiversity community self-advocate, writer/author, and public speaker. Diagnosed later in life as autistic, Sam shares stories of lived experiences, ideas, and insights as to how one can achieve greater happiness and success in the face of challenge and adversity. A Long Walk Down a Winding Road – Small Steps, Challenges, & Triumphs Through an Autistic Lens is his first book. Visit samfarmerauthor.com to learn more.