I currently run New York University’s (NYU) Connections Program for Global Students with Autism. But I’m relatively new to higher education. I have a much longer history as a consultant, writer, and Executive Director, and back when my non-profits were engaging in the political battles of the autism world (2003-2013-ish), it was very hard to convince universities to come join us as allies. Whether it was battling Autism Speaks over the word “cure” or the ridiculous notion that we got our autism from vaccines, we advocates thought that our various campaigns provided a great opportunity for universities. The greater institutions could show that they were humanitarian, the faculty brainpower of colleges could be used for a good cause, and most of all, students would be given a real-life, progressive experience that they’d never forget. We reached out to accommodations departments, disability studies programs… 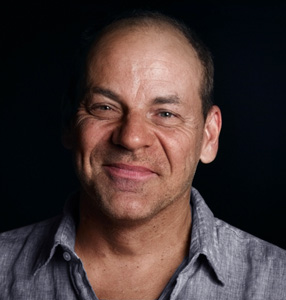 But we got silence. Not even responses saying, “no thanks.” Some near-Stalinist, isolationist culture was dictating that the stereotypical bubble of college life…must remain a bubble. It was everyone’s loss, and it temporarily discouraged me from ever working in higher education.

That’s a hump we seem to be over – at least in theory – as we now see colleges attempting “connections” and partnerships with entities outside their campuses that provide either social or employment opportunities for their spectrum students.

Another challenge loomed when colleges realized that the tuition money from spectrum students was just as good as anybody else’s, and our kids were smart, so why not recruit them in droves??? Well, they did that, but without addressing the social challenges of college; and so the experience for many students was a one-year disaster. Herein, we still lag, as all across the English-speaking world autistic students are still dropping out at higher rates than neurotypical kids and this is almost always due to colleges making mistakes at assessing what their autistic students truly need. And what about the parents that appear to have done everything they were supposed to do to prepare their kids for college?…Even they are still getting calls to come get their kids and bring them home.

I have autism. And a large part of my hidden agenda in running NYU’s program is to either shame, or inspire (I don’t care which), other universities to also hire autistics to run their programs for autistic students. I’ve always assumed that the reasons spectrumfolk have a better chance at success in running such programs were painfully obvious: Autistic students, like anybody else, want to feel the trust that someone “gets” them. We’ve certainly learned in other arenas of Diversity Equity and Inclusion (DEI) that, to use one blatant example, a program head of African descent will bring forth more reassurance, self-esteem, and stability to a student of African descent, than will what we used to call “the white savior” program head. Well, doesn’t this concept apply to every marginalized community?

It turns out that even I may have misunderstood the depth of challenges that agenda faces.

Recently, there was an unfortunate article on college autism programs in the Chronicle of Higher Education wherein the author described and documented the challenges autistic students face at Western Kentucky University’s autism program. The picture painted was almost entirely deficit-based. Student challenges were well reported and backed up by research, but the piece failed to speak to the intelligence and/or any postgraduate potential of these students (disclaimer: I was quoted herein, and had some polite but unproductive emails with the author after it was published).

I asked my NYU Connections students to read it and tell me what they thought, and those that read the piece didn’t like it at all – all noted how Western Kentucky had an emphasis on social skills classes, which often teaches spectrumfolk that our way of doing things is bad and the rest of the world’s way of doing things is “appropriate,” thereby insulting their core self-esteem. They also agreed that the article made them feel poorly (if not completely mis-) represented. One student, Rosie Lee, noticed the discrepancy that in the article “…it’d be nice if more autistic students had actually been asked about their experiences in college.”

When the author was interviewing me a few months before publication, she seemed noticeably uncomfortable with acknowledging any benefits with a person with autism running a program for autistic students. Only when the article came out did I realize why.

I know of only three other people with autism running a college program in the US for students with autism. One, Sara Sanders Gardner, who runs Bellevue College’s Neurodiversity Navigators Program, was also interviewed for the Chronicle piece, and they too were not pleased with it. In response to the Chronicle piece, Sanders Gardner told me, “When given the opportunity to focus on autistic student strengths and address real social barriers and solutions, the author instead relied on the tired trope of ‘fixing the broken disabled student’ so they could ‘fit in.’”

Granted, autistics running autistic programs will only work if, when given the chance, we lucky trailblazers create programs that are markedly better than the programs run by even the most well-meaning neurotypicals (and some are both brilliant, and good friends). But I know that my autism gives me that advantage. I know that my being autistic creates a trust that others don’t have. I don’t have to be good, or smart – Just the fact that I share the same “juice” inside me means my students won’t feel anywhere near the frustrating obligation to explain themselves to the people that are supposedly in charge of their care. I have an advantage to help me get them to hear solutions to the executive functioning challenges surrounding homework, to the often crippling anxiety towards asking a peer for their phone number, to seek help from a professor when it feels one is falling behind in their work, or to inquire about their future potential because someone has actually “been there.” There is less shame in them coming to me because they suspect I’ve been in their shoes. And when I tell them they can have a future? I speak from proof, not hope.

Finally, I trust them. I trust them to make good and solid rules for the weekly group meetings and of many items that reflect their self-interest. And of the hundreds (maybe thousands by now?) of answers I get at the end of the one-on-one meetings I have with roughly half of them, I have never heard an unintelligent response when I ask my finale: “Do you have any burning questions for an older person with autism?”

At a minimum, there have to be dozens of people like me who are qualified and capable to do a better job than the vast majority of neurotypical-run programs. We’re not that unique anymore. What deserves the credit are the people that hire us, because clearly they’re going out on a limb. Ergo, college administrators are under subliminal pressure to NOT hire us…because they are still focused on deficits, or risk, when the idea is brought up.

One painful fact (that even I struggle with) is that, by design, university accommodations departments send the signal that their disabled students are problems to be solved rather than assets to be mined. That’s just how, on a semantic level, “accommodations,” work, even if we need them. Maybe someday a really great brain will figure that one out and create a truly inclusive campus of high learning. But until then, more program heads that provide students with a sense of shared experience will allow them to feel more understood, heard, and cared for with authority. Please understand that sometimes, even the most wonderful neurotypicals can’t create something out of nothing.

The culture will change. We never lose these battles when we act on behalf of either humanism or ethics. It just remains to be seen how soon, or how long, it will take before we see more folks like me running college programs for autistic students.

As a start, it would probably go a long way if we bravely confront colleges (and maybe journalists) for their colonialist, deficit-thinking attitudes – however unconscious. Too many folks who think themselves progressive are still looking at disability as a negative. Like us spectrumfolk with social stuff, they need this explained to them. Because when entrusted to their own moral and ethical compasses, they’re clearly failing.

Michael John Carley is the Facilitator of the “Connections” program at New York University for their worldwide autistic students, and he also has a private, Peer Mentoring practice. In the past, he was the Founder of GRASP, a school consultant, and the author of “Asperger’s From the Inside-Out” (Penguin/Perigee 2008), “Unemployed on the Autism Spectrum,” (Jessica Kingsley Publishers 2016), “The Book of Happy, Positive, and Confident Sex for Adults on the Autism Spectrum…and Beyond!,” (Neurodiversity Press 2021, where he recently became the Editor-in-Chief), and dozens of published articles. For more information on Michael John, or to subscribe to his free newsletter, you can go to www.michaeljohncarley.com.

The information, opinions, and views presented in Autism Spectrum News (ASN) reflect the views of the authors and contributors of the articles and not of ASN, the ASN Editorial Board, or its publishers. To view the full ASN Disclaimer of Endorsement and Liability, click here.