In the 1970s, O. Ivar Lovaas embarked on research that would change the way we think about trajectories for young children with autism. He went on to publish a pivotal study entitled “Behavioral Treatment and Normal Education and Intellectual Functioning in Young Autistic Children,” which revealed how powerful early and intensive behavioral intervention could be in supporting skill development.1 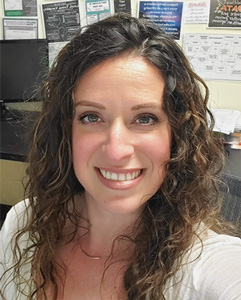 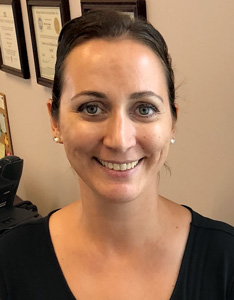 In his study, Lovaas compared two groups of autistic children. Members of both groups were under the age of 4 years, and all received the same individual behavioral intervention for 2 years or more. The only difference between the two groups was the intensity of the intervention received each week. One group received 10 or less hours while the other received 40 or more hours. Treatment goals included reducing challenging behaviors such as aggression and increasing adaptive behaviors such as language, imitation, interactive play, pre-academic skills, and observational learning. Although children across groups received the same intervention and all children were very young when participation began, findings showed drastically stronger gains for the children who received the intervention intensively. Gains in academic performance and IQ functioning were substantially greater and persisted as the children got older.

Since Lovaas’ study, researchers have replicated and extended his work. Findings consistently indicate Applied Behavior Analysis (ABA) significantly increases intelligence scores, expressive and receptive language skills, adaptive functioning (like social and independent living skills) and reduces maladaptive behavior like aggression to self and others. The gains made during treatment are substantially greater when treatment is delivered intensively (e.g., 30-40 hours per week) and initiated at an earlier age (e.g., under 7 years).234 As a result, early and intensive behavioral intervention (EIBI) is considered best practice for autism treatment by the Center for Disease Control, Surgeon General, and American Academy of Pediatrics.

With all the subsequent research and despite some considerable problems with Lovaas’ work (including use of physical aversives at times), his early study contributed significantly to our understanding of the impact of intensive intervention at an early age. I (Lavigne) continue to incorporate this study in the undergraduate and graduate courses I teach in psychology and behavior analysis. Much of our current conceptual understanding and clinical practice looks similar to how things were more than 30 years ago.

Today, early and intensive behavioral interventions (EIBI) continues to focus on pivotal skills, which are skills that lead to other, untaught skills. For example, teaching a child to how to initiate communication can lead to new skills like requesting and initiating greetings. In EIBI, providers also focus on what are called behavior cusps, which are skills that lead to new reinforcers and environments. Reading, for example, is a behavior cusp that opens a whole new world of opportunities for reinforcement and learning.

The first step in providing EIBI for a young child with autism is to determine their baseline level of functioning across a broad range of behaviors. The focus is on teaching behaviors that are socially significant, meaning the behaviors are meaningful for the child and promotes their independence. Skills that are the focus of teaching in EIBI often include:

In summary, research unequivocally supports the benefits of early and intensive intervention for children with autism spectrum disorder. The effectiveness of behavioral interventions on skill development increases substantially when the interventions are provided for 30 or more hours per week at a young age and is effective in promoting a broad range of socially significant behaviors.

1. Lovaas, O. I. (1987). Behavioral treatment and normal educational and intellectual functioning in young autistic children.Journal of Consulting and Clinical Psychology,55(1), 3-9.