Technology use is ubiquitous among today’s youth (Rideout, Foehr, & Roberts, 2010). This probably does not come as a surprise because it seems that kids and their gadgets are everywhere. The current generation of youth has even been referred to as the iGeneration or the app generation. From 2004 to 2009, the proportion of 8- to 18-year-olds owning their own cell phone grew from 39% to 66% and the proportion owning an iPod or MP3 player jumped from 18% to 76% (Rideout et al., 2010). Today, these numbers are likely to be even higher. 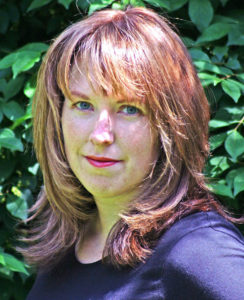 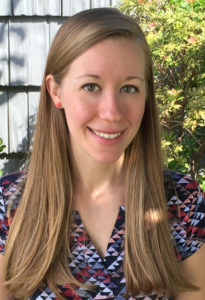 Youth with ASD and Technology

Risks of Technology Use

Unfortunately, youth with ASD are more likely to have problematic or addictive patterns of technology use and are more vulnerable online. Researchers have found high levels of addictive video game use and Internet use among ASD youth (Mazurek & Wenstrup, 2013; MacMullin, Lunsky & Weiss, 2016). Among boys with ASD, problematic video game use was also associated with troublesome symptoms such as inattention and oppositional behavior (Mazurek & Engelhardt, 2013). Youth with ASD may be more vulnerable online than their typically developing friends. For example, youth with ASD are more likely to encounter bullying, victimization, and social exclusion (Lough, Flynn, & Riby, 2015). Furthermore, interacting through digital devices comes with a distinct set of social rules to understand and abide by. Learning such rules could be another pitfall for teens with ASD.

Benefits of Technology Use

Everything is not doom and gloom, however! Technology presents several unique benefits for youth with ASD. Online, youth with ASD can meet others and spend time researching and engaging with their special interests (Gillespie-Lynch, Kapp, Shane-Simpson, Smith & Hutman, 2014). They can form social connections in a different way and bond over mutual interests. One recent study described two important benefits of communicating via technology for people with ASD (Gillespie-Lynch et al., 2014). First, individuals have increased comprehension of and control over communication. A teen with ASD can take time to craft a reply via a text message or email. Second, there is increased contact with and social support from similar others who may be geographically distant. Mutually satisfying friendships can develop with others across the world.

Tips for Parents and Professionals

So, how can parents and professionals help minimize the risks and maximize the benefits of technology for teens with ASD?

Guiding Appropriate Online Behavior – You can help teens to have successful and satisfying interactions with others through technology. Explicit “dos” and don’ts” for technology etiquette can help demystify digital relationships for teens. The following recommendations are from Gold (2015):

Attitude is Important – How can you set limits and rules, and encourage appropriate behavior with your teen? What is the best way to go about all of this? Maintaining an open and curious attitude is crucial. Explore technology with the teen and be careful about using language that might be perceived as judgmental. Make it clear that you are available should something confusing or concerning happen – the teen will not get in trouble for seeking help. Remember that for youth with ASD, socialization and communication can be experienced differently. Technology presents a myriad of new opportunities for youth with ASD to connect to others in ways that are comfortable for them. With your help, the teen can unlock a new world that plays to their strengths and potential.

Want more? Check out Screen Smart Parenting: How to Find Balance and Benefit in Your Child’s Use of Social Media, Apps, and Digital Devices. By Jodi Gold, MD.

Gold, J. (2015). Screen-smart parenting: How to find balance and benefit in your child’s use of social media, apps, and digital devices. New York, NY: The Guilford Press.

Good parents worry about their children’s safety. For most, this centers on keeping toddlers away from medicine, sharp objects, electrical outlets and other physical dangers in the home. As children […]

Robot-Assisted Instruction for Children with Autism: How Can Robots Be Used in Special Education?

In today’s high-tech world, quality teaching in special education is an essential factor that many specialists need to fulfill. Special education teachers are well-trained and often receive the latest skills […]

Maintaining and Improving Skills During COVID-19 with Robot-Assisted Instruction

During the COVID-19 pandemic, many children are falling behind due to compromises in therapy and education services. Children with disabilities who previously had stable access to regular in-person therapy are […]

A Technology Safety Guide for Parents of Children With Autism

According to the Centers for Disease Control and Prevention (CDC), roughly one in 59 children in the United States have been identified as having Autism Spectrum Disorder (ASD). Caregivers of […]

Digital Resources for Students with Autism

The digital age brings good news for teachers and parents dealing with students with autism. Today, there are more technologies than ever before to help students with speech, interaction, participation, […]