I want to share a story from my recent experience or, more accurately, a story about the long journey leading to the experience. As I’m sure many of you know, the job of a speech-language pathologist is hard sometimes, but those challenging days also make the work overwhelmingly worthwhile. I’m proud of this particular student’s progress. I’ve never had a hand in anything quite like it and I may never experience an opportunity like this one again. I want to share it—not because of ego or of being creative or effective—but rather to share the magic that can happen from meeting kids in their “space,” metaphorically and physically, instead of asking them to come to ours. 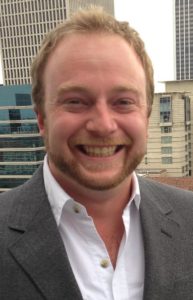 Three years ago I met David, a middle school student with a complex set of needs. He has diagnosis of autism spectrum disorder, acute anxiety disorder and hydrocephalus acquired due to his birth mother’s prenatal drug and alcohol use. He now has fantastic adoptive parents, but in the ten years the family was together before I met David, they’d never been able to persuade him to see a specialist of any kind. No doctors, no psychologists, no occupational therapist, physical therapist, or SLP. They couldn’t even convince him to go into a school. Dental trips included full sedation and resulted in days of silence and agitation.

His situation was even more extreme. When I first met him, other than unconscious trips to the dentist, he’d only been three places since age five—home, a local aquarium, and Chuck E Cheese—and those last two occurred before or after hours by special arrangement and only involved wearing a mask for the entire trip. His main interests include fish and lizards—about which he’s absurdly knowledgeable— Minecraft, and what I guess I would call “fantasy,” which in his case incorporates everything from superhero movies to documentaries about Bigfoot. Any deviations from this rhythm escalated to screaming, vomiting, incontinence and self-harm.

I met the family through some unusual circumstances, heard the story and offered to try and help David. They assured me he wouldn’t come to my office and they didn’t want to waste my time. I offered to come to him. For the first few months, I met him at the aquarium. I made it clear why I was there and how I wanted to help, but let him be the expert. He taught me about fish, frogs and other things I absolutely didn’t know. Over time he pushed me out of my comfort zone pretty well, particularly in the snake-handling category (yuck), so I asked him if I could push him a little too—just not too far.

For the next few sessions, we met at Chuck E Cheese. We’d get there before opening and he’d use a watch to time each animatronic event, explain each one to me, show me the games and more. If staff got close, the mask came on—usually of a gorilla or Mickey Mouse—and he’d go fully into character as a social defense mechanism. I started bringing LEGOs and small motor devices. Over a few months we built a model of the animatronic display. Then we built the rest of the restaurant and parking lot. Then we made little mini figures of each staff member and watched what they did, talking through why they did it, what they were probably thinking, or how they felt on an average day. Soon when those staff came over, David didn’t put on the mask anymore.

I happily witnessed growth in those few months, but we needed to move beyond the familiar. I started mailing letters to him at home with fragments of a Hogwarts-style invitation. There were parts of a map on the back to come investigate the wildlife outside his local middle school (this is Oregon, after all—there’s wildlife everywhere). He was absolutely terrified, so I partnered with the school take some photos and video that he watched at home to get familiar with the environment. One day his parents informed me he was on his way down there after the last piece of the invitation map arrived, so I raced down to meet him. For the next several weeks, we explored the woods around the school, then gradually started walking on the track, looking through the windows a bit, and one day, he finally went in through a back door to a cleared-out resource room wearing a mask.

We started doing adapted academics with school support—like launching toy rockets in the soccer field to calculate distance or counting the number of bricks in a Minecraft house. Gradually I didn’t always need to be right beside him, although it took months for the mask to go away. We eventually asked peer partners join in his Minecraft games—virtually from within the building—after they received coaching on what to do and how to interact. Pretty quickly, the special education team started to come in and deliver lessons. Soon he went to school an hour a week, then two—sometimes with a peer partner physically next to him—until one day it was clear I didn’t need to be there anymore.

When he realized I wasn’t going to be present to support him, he went to his parents and asked if he could start going to my office. He’s been coming now for the past year. We’ve worked on everything from emotional regulation to general social thinking to how to interact with women in ways other than what YouTube showed him (my SLP-A was a saint). This was the fifth building he’d voluntarily entered in eleven years—and yes, he still goes to school.

For all the love he has of fantasy and film, David never saw a movie in a theater. His favorite character of all time is Captain America—he loves how brave he is, how moral, how he always knows the right thing to do, and how he doesn’t always wear a mask. I asked him if he would go see the newest movie with me and after long conversations and visuals about what a movie-going experience entailed, he agreed.

I called and miraculously arranged a special early showing where we could be alone thanks to the generosity of a chain theater manager (if anyone wants to know the chain for a similar purpose, email me). David was bringing earplugs, fidgets and a weighted blanket, so in the spirit of again meeting him in his space and showing him his needs are OK, I brought mine too. We got popcorn and sat together in an empty theater, weighted down and muffled, where he watched the entire movie without leaving or asking for a break. It’s the longest I’ve ever seen him sit still. He was rapt. I leaned over a few times to check on him and actually got shushed—another first.

When the movie ended and he explained all the parts I (mostly truthfully) didn’t understand, I asked him if we could do something new again next week. David nodded and quietly replied, “What should we do, Mr. Lucas?” In reply, I got to say three words defining the very core of who I want to be as an SLP:  “You tell me.”

Lucas Steuber, MA-T, MS, CCC/SLP, is a Speech-Language Pathologist who works as an educational technology consultant in addition to maintaining a private practice and serving under contract in the public schools in Washington State through the fantastic organization PediaStaff. He is the director of clinical ​research and ​development for the iOS app FreeSpeech, which was the first special education iOS app to be featured by Apple in the “Best New App” category overall and won best of show in its category at CES Asia in 2016. He also serves on multiple nonprofit boards, including sitting on the strategic planning and external planning committees of the Autism Society of America. For more information​ ​visit www.lukesteuber.com, or contact him at luke@lukesteuber.com.

Supporting the Transition to Employment for Adolescents with Autism

Graduating from high school and transitioning to the world of work is an extremely important and exciting milestone. However, for many young adults with autism obtaining and maintaining employment can […]

Guiding Your Child with Autism Through Puberty

The early changes of puberty usually occur between the ages of 9 to 13 years (Odel, 1989). They are noticeable in girls by the budding of breasts and then pubic […]

As we prepare our students for transitions from school to work, we put much emphasis on academics and trade skills. However, more and more, the employers are putting an emphasis […]