It is a well-known conventional wisdom that adolescence, or the teenage years, are a difficult time of life for everybody and that this has probably been the case since time immemorial. It is equally well known in the autism community that middle school (or, as it was known in my day, junior high school, or intermediate school) is by far the most difficult and painful school experience for nearly every autistic. It is no coincidence, then, that the onset and early part of adolescence occurs during the middle school years. This is the time when, due to puberty, sexuality first manifests and the transition from childhood to adulthood begins. Many issues that had not been very significant, or even conspicuous, and which were little more than personal peculiarities (perhaps even considered “cute”), suddenly present substantial challenges. While these may be daunting even for typical adolescents, they can be formidable and possibly insurmountable for most autistics. They can also be especially difficult for those on the spectrum who do not have severe impairments and are not intellectually disabled, particularly if they have splinter skills or unusual talents, or are “twice exceptional” students (as I would no doubt have been classified had the diagnosis of ASD existed at the time), because there is a presumption that they should be able (or learn) to cope with such challenges on their own. 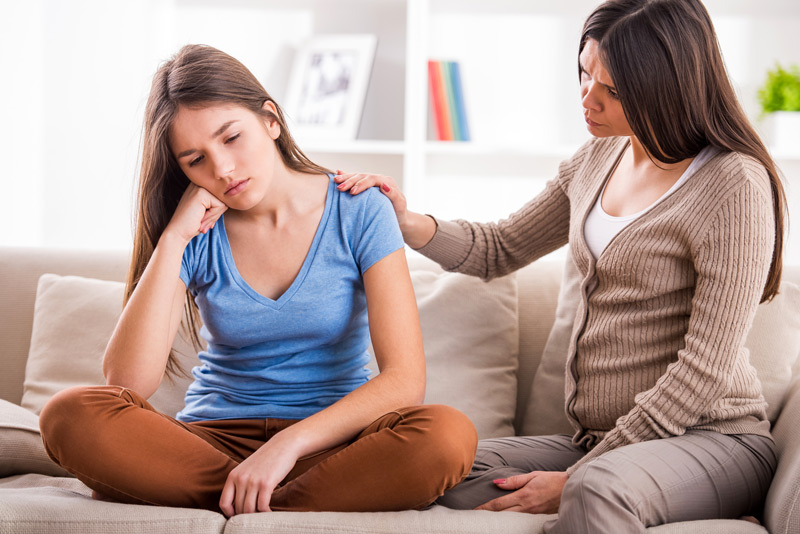 The Emergence of Sexuality

The most significant (and obvious) aspect of adolescence is the appearance of sexuality, which to a great extent was not present prior to this time. This is accompanied by changes in the body, along with powerful new drives that are completely unfamiliar. These in turn result in many psychological and socialization changes to the individual. Personally, I have always believed that these are essentially the same for autistics as they are for the general population and am not aware of any biological or medical reason why such should not be the case. The way that autistics react and respond to these changes, however, is usually very different. This is to be expected, because the nature of social interactions, particularly between the sexes, changes dramatically around this time and social skills become far more important than they had heretofore been. An autistic with deficient social skills, who may not have experienced serious disadvantages up to that point, may suddenly find themselves at the “bottom of the social food chain” and not understand why this is happening.

One aspect of forming relationships that is especially challenging for autistics is the substantial “hidden curriculum” of requisite behaviors, which are implicitly understood by participants but never explicitly articulated, that is involved. Also, since most forms of romantic and particularly sexual involvement among adolescents are strongly discouraged and sanctioned by society, such activities among this age group are necessarily of a clandestine nature. This begins with the making of initial contacts and the formation of early relationships and continues as they progress. Clearly autistics, who are generally oblivious to both hidden curricula and clandestine activities, are at a tremendous disadvantage here. Also, they may never have experienced or even been exposed to such situations prior to adolescence, but now find themselves in an environment where they are commonplace. Once again, they are at a significant disadvantage.

Autistics are affected by all this not only in the pursuit of romantic relationships, but also in the differing nature of simply finding and keeping friends. The changes in socialization among adolescents that result from the onset of sexuality are often not even perceived, let alone understood, by autistics who also have considerable difficulty adapting to them even after they become aware of such. This is yet another sudden change that places them at considerable disadvantage.

What Makes Adolescence So Difficult for Autistics?

There are numerous reasons for the dramatic increase in social difficulties faced by autistics entering adolescence. First, they encounter far greater social competition than they had ever experienced, or at least been aware of. This in turn requires a higher level of social skills than were previously needed. What can be difficult even for a typical person becomes, for an autistic who already had substantial deficits in this area, nothing less than a formidable challenge. All of this is further complicated, at least for less-impaired autistics (not to mention the undiagnosed!), by the fact that these issues are seen as universal and can be dealt with by such individuals in the same manner as the typical population. After all, everyone goes through these changes and manages to successfully adapt, so an autistic person who is not intellectually disabled, has no obvious major or severe challenges, and may even be exceptional in their areas of special interest or ability, should not have any more difficulty or require further support or assistance than a typical person.

I experienced all of this myself around that time. Up until that point, I had always identified primarily in terms of my specialized interests as opposed to more conventional group identities (e.g., ethnic, religious, etc.). These had included (of course) anything mechanical, electrical, or electronic; coin collecting (as well as other collections), the New York City subway system, atomic physics, astronomy, and some other things that today are regarded as “nerd” or “geek” culture. Back then, however, these were less fashionable than they subsequently became (and even then, only to a small degree). One of the rudest awakenings that I ever had happened around this time when I realized, for the first time, that not only did most people not share my interests, but often ridiculed and even had contempt for such. Coincidentally, this happened around the time of the Apollo moon landings, with which I was totally fascinated. As it happened, most people my age were much more interested in such things as popular entertainment, sports, and the political issues of those turbulent times. My unusual interests were not understood, and even led to social marginalization. In short, I was not at all “in sync” with my social environment, which resulted in numerous difficult and painful experiences.

Another experience that is common among autistics at that time in their life involves having tricks played on them or being used and taken advantage of. While many neurotypicals also have similar experiences, they usually learn, after one or at most a few incidents, how to recognize these and avoid them in the future. For autistics, who have difficulty interpreting nonverbal communications as well as theory-of-mind deficits (i.e., they cannot discern the intentions and motives of another person), this is much harder to do and, as such, they are far more susceptible to these devious manipulations. This is complicated by the fact that the perpetrators of such (even if they are unaware that the prospective victim is on the spectrum or perhaps never heard of autism) somehow know that their victim can be enticed with the prospects of gaining friendships, finding romantic partners, or simply being accepted into social circles where they want to belong. In my own experience, prior to adolescence, most tricks that were played on people were little more than minor mischief, such as the classic prank of putting a thumbtack on my seat when I was not looking. Subsequently, however, they became far crueler and usually involved inducement to doing something that led to embarrassment, humiliation, getting into trouble with authorities, or was otherwise against my own best interest. The copying of homework assignments and even answers on tests were another form of exploitation that I encountered. In many of these cases, an autistic person not only is unaware of what is really happening, but does not understand the underlying motive, even when there is a motive – sometimes these things are purely gratuitous.

What Can and Must Be Done

The principal consequence of all of this is that adolescence, for the overwhelming majority (perhaps nearly universal) of autistics, is by far the most difficult and painful time of their lives. A tremendous amount of human misery and pain during this period has been recounted in presentations by autistics (I once participated in an adult panel on this subject some years ago), not to mention support groups (I have attended and facilitated them for decades) and (this goes without saying) countless individual therapy and counseling sessions. Although I am not aware of any actual statistics, there have probably been significant numbers of suicides among autistic adolescents because of these difficulties. Something needs to be done.

The one certain conclusion that can be drawn here is that adolescence must be regarded and treated differently in autistics than it is for the typical population. Simply assuming that they will get through it in the same way that everyone else does is no longer a viable option. Those who care for, work with, or otherwise provide support of any kind to autistic adolescents need to be made aware of the issues involved and be prepared to provide adequate counseling and supports in areas where they have deficits and disadvantages that typical adolescents simply do not have. As with many other issues affecting the autism community, a reconsideration of beliefs and attitudes that have existed for a long time and never really been questioned needs to take place. This in turn must be followed by changes in policies and practices that, once again, are unquestioningly accepted as traditional wisdom. Although, as with a variety of other issues, changes may be indicated that could benefit neurotypicals as well as autistics, the needs of autistics at this especially difficult transitional period in their lives must be completely recognized and thoroughly addressed.

Karl Wittig, PE, is Advisory Board Chair for Aspies for Social Success (AFSS). Karl may be contacted at kwittig@earthlink.net.