How Autism Manifests Differently in Girls: What Families Need to Know

According to the Centers for Disease Control and Prevention (CDC), in 2010 The Autism and Developmental Disabilities Monitoring (ADDM) Network released data that showed “ASD prevalence…was 4–5 times higher among boys than girls” (http://www.cdc.gov/mmwr/preview/mmwrhtml/ss6302a1.htm). Questions remain as to whether there is a bias towards males, how autism is seen differently by gender, and why girls are diagnosed later. 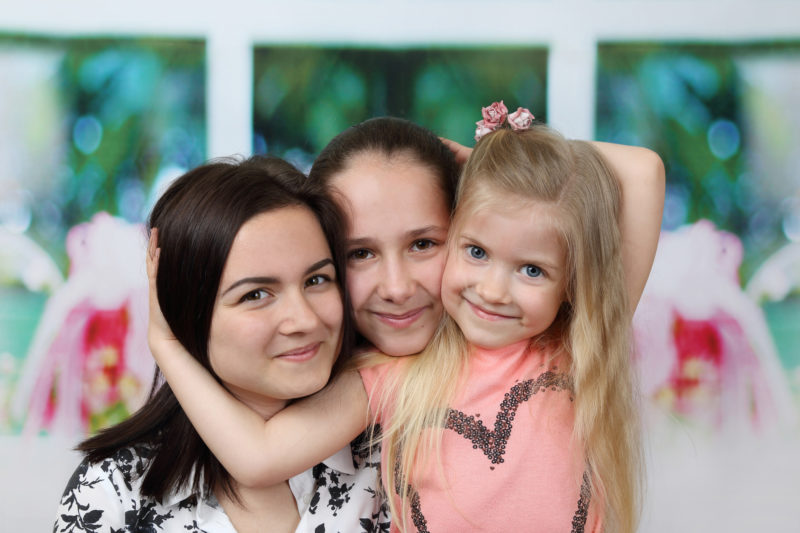 Are There Really More Boys Than Girls with Autism?

It does seem that autism affects boys more often; however there are several variables that need to be considered. Health disparities and poorer outcomes occur for both boys and girls in underserved populations. Specifically, “black and Hispanic children were less likely to have a first evaluation by age 36 months” (http://www.cdc.gov/mmwr/volumes/65/ss/ss6503a1.htm). This means that children are diagnosed later, or misdiagnosed, and miss out on early intervention from birth to age three. Early intervention results in better health outcomes. Differences in autism symptoms by gender are another determining factor. Lastly, research shows that girls in general are diagnosed with autism spectrum disorders later than boys.

Studies have shown that there is a “male bias” in diagnosing autism due to differing symptoms “including fewer restricted and repetitive behaviors and externalizing behavioral problems in females” (http://www.ncbi.nlm.nih.gov/pmc/articles/PMC4164392/). Social factors make it harder to diagnose autism in girls and they may need to have more behavioral issues or cognitive disability than boys in order to be diagnosed. Girls with autism may score the same on indicators of friendship or empathy as boys, but not the same as typically-developing girls. They want to socialize more than boys with autism, and have higher rates of depression and suicidal thoughts as teens. Preliminary research shows that the hallmark “brain differences” in autism vs. typical peers seems to hold true for boys, but not girls. A new forthcoming study by Kevin Pelphrey, PhD, director of the Autism and Neurodevelopmental Disorders Institute at George Washington University, will discuss “Listening to our Daughters (and their Sisters): Insights from the Study of Girls and Women Living with Autism,” and is available in as archived webinar at www.IANcommunity.org.

Diagnosis of Autism in Girls

It is noted that “Girls with autism may be harder to diagnose for several reasons, including criteria developed specifically around males” (http://www.scientificamerican.com/article/autism-it-s-different-in-girls/). Furthermore, “criteria for diagnosing autism spectrum disorder (ASD)—are based on data derived almost entirely from studies of boys” (Ibid.). Sometimes girls are misdiagnosed with other conditions such as ADHD, OCD, or even anorexia. Girls are often diagnosed with autism 2 years later than boys (http://www.theatlantic.com/notes/2015/10/autism-women/412270/).

More research is need regarding gender differences in autism. If recent trajectories hold, autism expert Simon Baron-Cohen predicts that “once we’re very good at recognizing autism in females, there will still be a male bias,” Baron-Cohen says “It just won’t be as marked as four to one. It might be more like two to one” (http://www.scientificamerican.com/article/autism-it-s-different-in-girls/).

Families need to be aware that there are differences in symptoms of autism in girls. If they have concerns, they should contact their pediatrician for a screening, then possible diagnosis (see Resources at the end of this article).

Another factor that might delay diagnosis in girls is the use of more than one language at home. In these cases, autism could be masked as a speech delay due to the bilingualism. Many times the pediatrician tells the parent that their daughter needs more time to catch up because she is exposed to two languages at the same time.

Support for Parents with Daughters on the Spectrum

Adolescent girls with autism benefit from engaging in social skills groups specifically designed for them. These groups follow modules that address the needs of this age group, such as: hygiene, grooming and the importance of physical appearance regarding perception, sexuality, dating, friendship and peer pressure, bullying, anxiety, anger management, living skills, social media management, and transition to adult life.

Families that have girls in the autism spectrum disorder benefit from connecting with other parents. Usually the social skills group facilitator meets with the parents, as a group, at the end of each session. When parents connect with each other, they share experiences and resources they have found in the community. In this sense, it also works as a support group for the parents. This connection also fosters friendship among the girls.

In the long run, girls with autism might need ongoing counseling sessions with a professional. Individual counseling is recommended when girls have trouble communicating their feelings and managing stressors in their daily lives, particularly as they approach adulthood and new responsibilities.

For families that do not speak English at home, the problem becomes more complicated when families have trouble finding resources. Parent Centers play a great role assisting families that have difficulties navigating the systems. There is at least one Parent Center in every state. A list of the Parent Centers is available at www.parentcenterhub.org/find-your-center.

Parent Centers provide information and support about special education topics, trainings and local resources. Parent Centers empower families who have daughters with autism by helping them understand their rights and the services to which their children are entitled under the law, including social skills training and counseling.

Books on Autism and Girls

“Asperger’s and Girls: World-Renowned Experts Join Those with Asperger’s Syndrome to Resolve Issues That Girls and Women Face Every Day!” by Tony Attwood

“Pretending to Be Normal: Living with Asperger’s Syndrome” by Liane Holliday-Willey

“Girls Growing Up on the Autism Spectrum: What Parents and Professionals Should Know About the Pre-teen and Teenage Years” by Shana Nichols

Lauren Agoratus is the parent of a child with autism/kidney disease. She is the NJ Coordinator of Family Voices, the national network that works to keep families at the center of children’s health care for children with special healthcare needs; in NJ, Family Voices is housed at the Statewide Parent Advocacy Network (SPAN), www.spanadvocacy.org. SPAN is also the home of the state’s Family-to-Family Health Information Center. Lauren can be reached at (800) 654-SPAN or by email at familyvoices@spannj.org. Families can find free help in their state at www.familyvoices.org/states.php.

Myriam Alizo is the mother of two daughters and works at NJ’s Parent Training and Information Center, SPAN, where she helps parents, especially in Spanish-speaking communities, start and run local special education support and advisory groups. She also works with SPAN’s national Center for Parent Information and Resources which provides technical assistance, tools and materials for the more than 90 Parent Centers funded by the U.S. Department of Education to serve families of children with disabilities across the U.S. and territories. Myriam is a member of the NJ Special Education Advisory Council and has been a part of the National Center for Learning Disabilities (NCLD) Parent Leader Team since 2010.

The Centers for Disease Control (CDC) estimates that 1 in 59 children has autism spectrum disorder (ASD), with boys being four times more likely to be diagnosed than girls (Mandy […]