By the time her son Curren was 3 months old, Nerissa Ramsey knew there was something different about him. He had low muscle tone and flapped his hands. Hand-flapping is a repetitive behavior commonly seen in autism.

After consulting with a series of specialists, the Ramsey family was referred to a geneticist. The standard test for developmental delay — chromosomal microarray analysis— looked normal. So did other genetic tests the doctor ordered over the next year and half.

Curren, meanwhile, began to regress. He lost the handful of words he had begun to use at 12 months. He also stopped using the signs he had learned for “more” and “eat.” 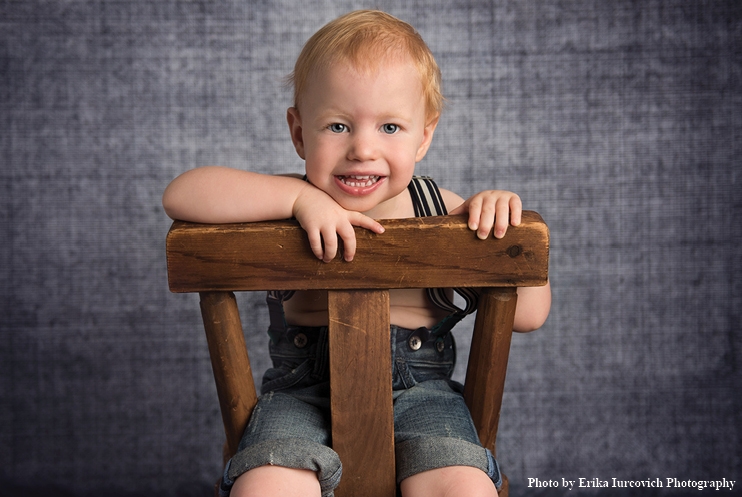 Curren’s rare genetic diagnosis causes neurodevelopmental delays and challenges, but he is a happy little boy who loves life!

When Curren turned two, the Ramseys decided it was time to try whole exome sequencing. This is a genetic test in which scientists decode the portion of the genome that corresponds to proteins. Exome sequencing is often used in genetic research. But it is still fairly new as a tool for clinical diagnosis.

Few families with an autism diagnosis will be referred to a clinical geneticist. Fewer still will be offered exome sequencing. Curren’s severe symptoms and negative results on other tests made him a good candidate.

Four months after submitting their son’s DNA sample, the Ramseys finally got the answer they had been searching for. Curren had a mutation in a gene known as HIVEP2. This gene is involved in brain development.

The condition is incredibly rare. When Curren was diagnosed, only three other children with mutations in HIVEP2 had been reported in the scientific literature. All of them had developmental delay, intellectual disability and muscle weakness.

Scientists know little about the effects of the mutation. And no treatments exist for HIVEP2 mutations. But the diagnosis was a relief to the family. Nerissa said that just knowing about three other children with the same genetic condition was helpful.

The family’s geneticist was optimistic when delivering the results. She noted that all three children eventually learned to walk and talk, meaning that Curren might one day as well. “That helped a lot,” Nerissa said.

The diagnosis also gave the boy broader access to certain tests and treatment programs. “If you can put a name or reason behind what is going on with your child, it opens so many more doors,” Nerissa said. 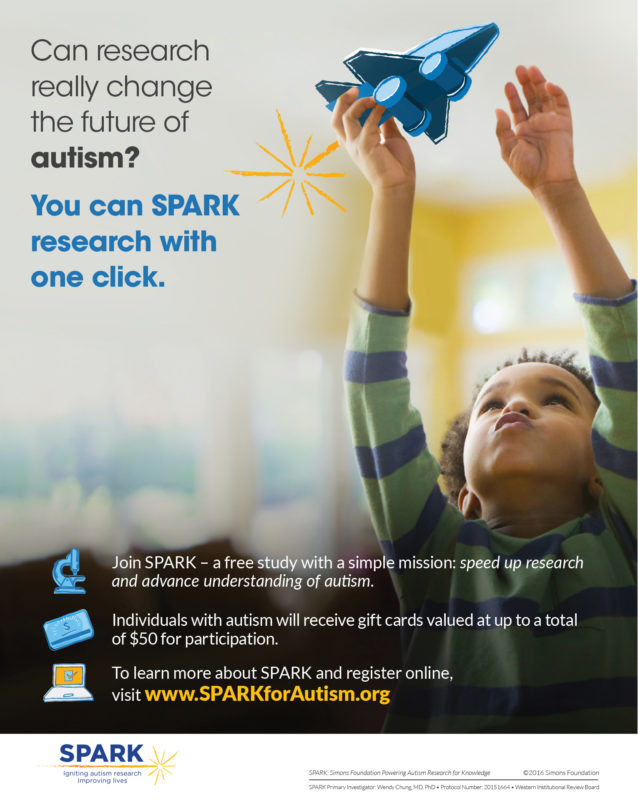 As soon as the family learned of Curren’s mutation, Nerissa reached out for help. She blogged about the diagnosis and asked friends and family to share the post. She began researching the gene. She wanted to understand its biology and how the mutation worked.

In April 2016, a new paper on HIVEP2 popped up. It described six additional children with mutations in HIVEP2, including Curren. (The Ramseys had given their geneticist permission to publish his information.)

Nerissa was thrilled to learn about the additional families with the same disorder. And she reached out to the study’s senior author, Dr. Wendy Chung. Chung is a clinical geneticist and scientist who leads SPARK.

At Chung’s suggestion, Nerissa enrolled in the Simons Variation in Individuals Project (VIP). This is an online community that supports families with rare genetic changes linked to autism and developmental delay.

Through the VIP, Nerissa and Chung set up a virtual conference for HIVEP2 families, which took place in December 2016.

Connecting with other families has been extremely helpful. “When dealing with such an ultra-rare diagnosis, most doctors have never heard of it and are not that interested in learning more about it,” Nerissa said. “The family community is probably the strongest resource we have, short of Dr. Chung, who has taken us under her wing.”

Nerissa and some of the other parents formed a family support group. “So far, three families found me through social media and my blog, outside of the families that have currently been published,” Nerissa said.

Most of the children in the group are older than Curren. So the Ramseys can learn from them about what to expect. For example, more than half of the children in the group have severe vision problems. “So I am monitoring Curren’s vision and taking him to see an ophthalmologist more often than I would have, had I not had that information,” Nerissa said.

SPARK hopes to provide other people with autism and their families with a similar chance to learn about genetics and connect with other families. People who enroll in the project will have the chance to have their exome sequenced.

However, SPARK’s genetic analysis differs from that of commercial sequencing services, such as the company that analyzed Curren’s exome. SPARK is starting by focusing on a fairly narrow set of genes — including HIVEP2 — and mutations. The ones the project is looking at have strong evidence of a link to autism. These genes have been identified in multiple studies, all in more than one family.

One of SPARK’s goals is to aid in the discovery of additional autism-linked genes and then add those genes to the list of results to return to families who wish to see them.

Chung cautions that not everyone who has his or her exome analyzed will get an answer to the cause of autism in their family. SPARK scientists estimate that sequencing will detect an autism-linked mutation in roughly 10 to 15 percent of participants.

In the meantime, SPARK provides many other chances to participate in important research that will enhance the understanding of autism. Indeed, Chung’s goal for SPARK is to create a community where researchers and families can connect in useful ways.

“This is about trying to make the process more efficient and more inclusive, so that people who have historically been left out of the research process can become involved,” Chung said.

For the Ramseys, getting a genetic diagnosis and connecting with other families has had a powerful impact. “My ultimate goal is to accelerate research,” Nerissa said. “If you can find a community, whether it’s two or three families or thousands of people with the same diagnosis, there is strength in numbers.”

Today we simply don’t know enough about autism. SPARK—a landmark autism research project—aims to make important progress possible. SPARK stands for “Simons Foundation Powering Autism Research for Knowledge,” and the mission is simple: we want to speed up research and advance our understanding of autism to help improve lives. If you or your child has a professional diagnosis of autism spectrum disorder, learn more about SPARK by visiting https://sparkforautism.org/.

Autism Spectrum Disorder (ASD) is a generally life-long neurodevelomental disorder characterized by impairments in social communication and social interaction and the presence of restricted and repetitive behavior. There is significant […]

An Accurate Assessment is the Foundation of Your Child’s Future

Whether it is your child’s first IEP or their last, you need an accurate assessment to develop IEP goals. But assessments for individuals with autism spectrum disorder (ASD) have just […]