Anyone who’s spent time with people affected by autism spectrum disorder (ASD) can tell you that it’s a very complex puzzle. The wide variability seen among individuals with this group of developmental brain disorders, which can disrupt communication, behavior control, and social skills, has also posed a huge challenge for researchers trying to identify underlying genetic and environmental factors. So, it’s no surprise that there’s been considerable interest in the recent findings of the largest-ever genetic study of ASD. 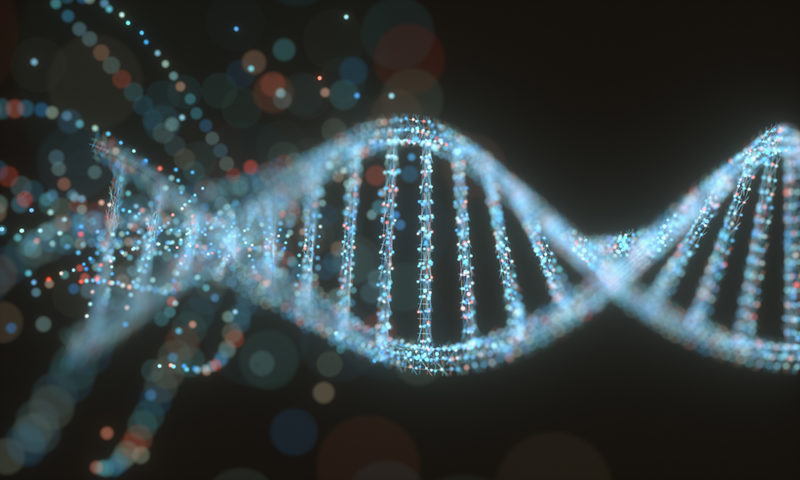 In a landmark study that analyzed the DNA of more than 35,000 people from around the world, the NIH-funded international Autism Sequencing Consortium (ASC) identified variants in 102 genes associated with increased risk of developing ASD, up from 65 identified previously. Of the 102 genes, 60 had not been previously linked to ASD and 53 appeared to be primarily connected to ASD as opposed to other types of intellectual disability or developmental delay. It is expected that this newfound genetic knowledge will serve to improve understanding of the complex biological mechanisms involved in ASD, ultimately paving the way for new approaches to diagnosis and treatment.

The study reported in the journal Cell was led by Joseph Buxbaum, Icahn School of Medicine at Mount Sinai, New York; Stephan Sanders, University of California, San Francisco; Kathryn Roeder, Carnegie Mellon University, Pittsburgh, PA; and Mark Daly, Massachusetts General Hospital, Boston, MA and the Broad Institute of MIT and Harvard, Cambridge, MA. These researchers and their teams faced what might seem like a rather daunting task.

While common genetic variants collectively are known to contribute substantially to ASD, rare variants have been recognized individually as more major contributors to a person’s risk of developing ASD. The challenge was how to find such rare variants—whether inherited or newly arising.

To do so, the researchers needed to analyze a enormous amount of DNA data. Fortunately, they and their ASC colleagues already had assembled a vast trove of data. Over the last decade, the ASC had collected DNA samples with full consent from thousands of people with and without ASD, including unaffected siblings and parents. All were aggregated with other studies, and, at the time of this investigation, they had gathered 35,584 unique samples. Those included more than 21,000 family-based samples and almost 12,000 samples from people diagnosed with ASD.

In search of rare genetic alterations, they sequenced whole exomes, the approximately 1.5 percent of the genome that codes for proteins. Their search produced a list of 102 ASD-associated genes, including 30 that had never been implicated in any developmental brain disorder previously.

But that was just the beginning. Next, the ASC team dug deeper into this list. The researchers knew from previous work that up to half of people with ASD also have an intellectual disability or developmental delay. Many of the associated genes overlap, meaning they play roles in both outcomes. So, in one set of analyses, the team compared the list to the results of another genetic study of people diagnosed with developmental delays, including problems with learning or gross motor skills such as delayed walking.

The detailed comparison allowed them to discern genes that are more associated with features of ASD, as opposed to those that are more specific to these developmental delays. It turns out that 49 of the 102 autism-associated genes were altered more often in people with developmental delay than in those diagnosed with ASD. The other 53 were altered more often in ASD, suggesting that they may be more closely linked to this condition’s unique features.

Further study also showed that people who carried alterations in genes found predominantly in ASD also had better intellectual function. They also were more likely to have learned to walk without a developmental delay.

The 102 new genes fell primarily into one of two categories. Many play a role in the brain’s neural connections. The rest are involved primarily in switching other genes on and off in brain development. Interestingly, they are expressed both in excitatory neurons, which are active in sending signals in the brain, and in inhibitory neurons that squelch such activity. Many of these genes are also commonly expressed in the brain’s cerebral cortex, the outermost part of the brain that is responsible for many complex behaviors.

Overall, these findings underscore that ASD truly does exist on a spectrum. Indeed, there are many molecular paths to this disorder. The ASC researchers continue to collect samples, so we can expect this list of 102 genes will continue to expand in the future.

With these gene discoveries in hand, the researchers will now also turn their attention to unravelling additional details about how these genes function in the brain. The hope is that this growing list of genes will converge on a smaller number of important molecular pathways, pointing the way to new and more precise ways of treating ASD in all its complexity.

This article has been reprinted from: https://directorsblog.nih.gov/2020/02/04/largest-ever-genetic-study-of-autism-yields-new-insights/.