Chicken nuggets, french fries, chips, cookies, and juice. Chicken nuggets, french fries, chips, cookies, and juice. The cycle repeats over and over again; breakfast, lunch, and dinner. Day after day after day. Sometimes, you’ll try to switch out the regular chocolate chip cookies with reduced sugar or regular potato chips with veggie chips to try to get some nutritional value in him. But you don’t succeed. He’d rather not eat anything for days, than even taste anything new. And going out to eat… Forget it! There has to be some solution to this problem, but all my pediatrician says is give it some time, he’ll grow out of it. 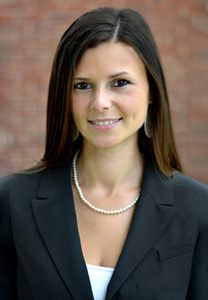 Myth #1: If you withhold food from your child, he/she will eventually come around and eat anything you offer him/her.

Truth: Children with autism that experience feeding problems are not motivated by food and sometimes don’t feel hunger. Withholding food from a child is a very dangerous, inappropriate, and ineffective strategy to fixing feeding problems.

Truth: Research shows that it takes 10-20 tastes of a food to determine preference. Tasting a food means chewing it fully and swallowing it (Birch & Marlin, 1982).

Myth #3: Feeding problems are all about oral motor skill deficits and sensory sensitivity.

Truth: Although some children exhibit oral motor skill delays or oral sensitivity, which may have led to a reduction in food variety, often times there’s a behavioral component which needs to be addressed prior to working on desensitization and skill acquisition.

Why Do Children Have Feeding Problems?

Parents often can’t figure out why their child who was eating all sorts of different foods at 1, all of a sudden began narrowing down his diet to only a handle of foods at his current age. The direct cause of feeding problems is something unknown, although multiple variables play a role in food selectivity. Below is a list of a few.

Variable 1: Experiencing pain or discomfort during mealtime. This can occur from a medical condition (e.g., reflux), deficits in oral motor functioning which result in gagging (e.g., inability to properly chew food), or accidental choking.

Variable 2: Watching someone else have a bad reaction to a food. Examples: Mom or dad express dislike for certain foods. Or if the child witnessed someone choke or vomit from eating.

Variable 3: Children with Autism strive from routine and rituals. There is an insistence on routines and a resistance to change in the Autism community. Possibly attributed to language delays or deficits, children with Autism find it comforting to know the expected and seem to develop what could be equivalent to a phobia of trying new foods.

How to Fix Picky Eating

Tip #1: Set a schedule for meals and snacks (NO SNACKING IN BETWEEN). This will increase the motivation of eating foods presented during meal and snack times because the child will have time to build up his appetite. On the same note, if the child is thirsty, offer water, not juice or milk. Anything other than water could become too filling and ruin his/her appetite.

Tip #2: Minimize distractions. Present meals and snacks in a location that is away from any distraction (e.g., toys, TV, etc.). If the child is not concentrating on the food and is constantly running around or engaged in another activity, he/she is less likely to eat everything presented to him/her or will not be receptive to any interventions you may want to try.

Tip #3: Model foods that you want your child to eat. If he/she sees you eating, he/she may be more willing to try it.

Tip #4: Eating is a demand! A lot of times, parents will ask the children if they want to eat or what they want to eat. It has become a vicious cycle of trying to avoid tantrums over foods. It’s easier to keep the peace and avoid the tantrum. But are you helping your child in the long run? Sometimes we must withstand a few tantrums to show that eating is a demand and if they comply with the demand (or follow our directions) they will get something fun.

Tip #5: Tap into motivation. Children who have feeding problems often times will not feel hunger or find food motivating or rewarding. For that reason, we need to find something that they really enjoying doing or playing with and reserve that object or activity until after they had followed your direction to eat. Some examples of current powerful reinforcers (motivators) include iPads, TVs (mini-DVD players are great for meal times), stickers, coloring, DS systems, etc. Each child’s reinforcers will be different so it’s important to pick out the right one. Just remember, they can’t have access to the fun toy any other time or else motivation will be lost.

Tip #6: Reward > Demand. Start out slow. Make it really easy for them to earn their reward. You want them to be successful! It could be as simple as eating 1 bite of a new food for 30 minutes of their favorite iPad game or a piece of their favorite dessert. Once you are getting successful bites, build on that success and increase the demand (e.g., 2 bites = 15 minutes of iPad time). Usually, the demand will need to be reduced when the next new food is introduced. It’s like starting all over again.

It’s hard when your child doesn’t have a healthy diet and you end up cooking two dinners every night (chicken parm for the family and hotdog for your son) or end up packing containers of food to take into a restaurant when going out (if you’re adventurous to do so). Applied Behavior Analysis is a scientifically proven approach that has shown to be effective in improving behavior problems, communication deficits, social skills deficits, and FEEDING problems in children with Autism. It is the only treatment recognized by the United States Surgeon General for children with Autism.

Why So Many Autistic Individuals Have Eating Disorders

Eating disorders have a devastating effect on the lives of those affected and are associated with the highest mortality rates of all mental illnesses. While they can affect anyone, there […]

Feeding and eating problems, such as selective eating, is common among individuals with Autism Spectrum Disorder (ASD). The prevalence of feeding problems in children with ASD is reported to be […]

Obesity and Related Issues in Individuals with ASD: The Scope of the Problem and Potential Solutions

Obesity is a major problem around the world and in the United States for individuals with and without disabilities. The World Health Organization (2011) identified childhood obesity as one of […]