Individuals with complex profiles can display behaviors that are dangerous enough to lead to frequent involvement with police and hospitalizations. Such was the case for Bob (pseudonym), who had a history of significant aggression, property destruction, and elopement behaviors. Bob lived at home with his grandmother and a number of extended family members, and when these behaviors occurred at home the police would often be called to maintain safety. This led to regular hospitalization. 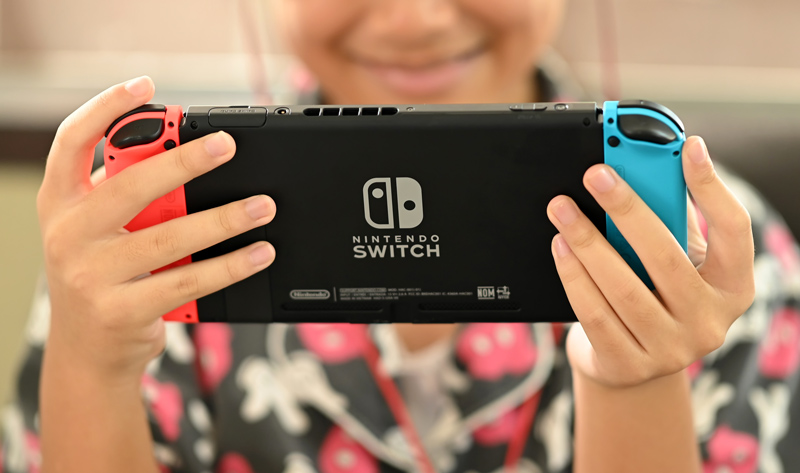 As with many teenagers, Bob loved electronics. He talked most about video games, but he really enjoyed anything to do with them. We would later come to learn that he disassembled and reassembled computers and video game consoles for fun. Unfortunately, this intense love also led to most of his challenging behaviors as he would become very upset if he was not allowed to have them or if someone attempted to take them away from him. Even when hospitalized this would happen, as he quickly moved up the hospital’s system of privileges to earn video game access. Then he would quickly tumble down those privileges when his access ended. This pattern was so common that it led the family and most professionals to limit his access to technology as much as possible.

This presented a significant challenge for many reasons. Primary among these is the integration of technology throughout society. Bob is a capable person with aspirations of having a full-time job that pays a competitive wage so that he can live independently. It is unrealistic to think a person can live independently in today’s society without some access to technology. Also, technology and gaming are incredibly relevant socially. Bob had some friends in his neighborhood, and they connected over video games. Last, cutting Bob off from all electronics created a situation where he was left “bankrupt” and devoid of opportunities for reinforcement. He knew the thing he enjoyed most in life was unavailable. His relationship with his peers deteriorated as a result because he could not play games with them. Without anything else to provide similar motivation, Bob was left entirely unmotivated and unhappy. As a result, even with limited access he still became aggressive and ran away from home.

At Melmark, we knew from the beginning that simply avoiding the issue was not a long-term solution. Instead, it was the team’s thoughts that Bob’s strong motivation surrounding technology should be harnessed in a way that was safe for him, safe for his family, and had appropriate limits. To get some momentum, we began by implementing a plan with him at school. Technology was to be provided regularly throughout the school day at a rate of 10 minutes every hour and a half, so long as Bob was safe and completed his assigned activities. If he was late getting his activities done for any reason, it was fine. He would still earn technology as soon as he completed them. In addition, even if he were unsafe and lost access to technology, he would not be bankrupt, as he knew there would be another opportunity to earn it in just another hour and a half. We chose to begin at school because we anticipated some challenges the first several times he did not earn technology. Since Melmark is designed to support individuals with challenging behaviors, we were confident we could support him through those times, maintain everyone’s safety, and give him the chance to succeed. Shortly after implementation, Bob began to demonstrate increasing periods of safe behavior in order to access technology. Bob would still become visibly upset at times. However, he was increasingly using functional communication to ask for things like to be left alone, and he began to safely navigate his frustrations. 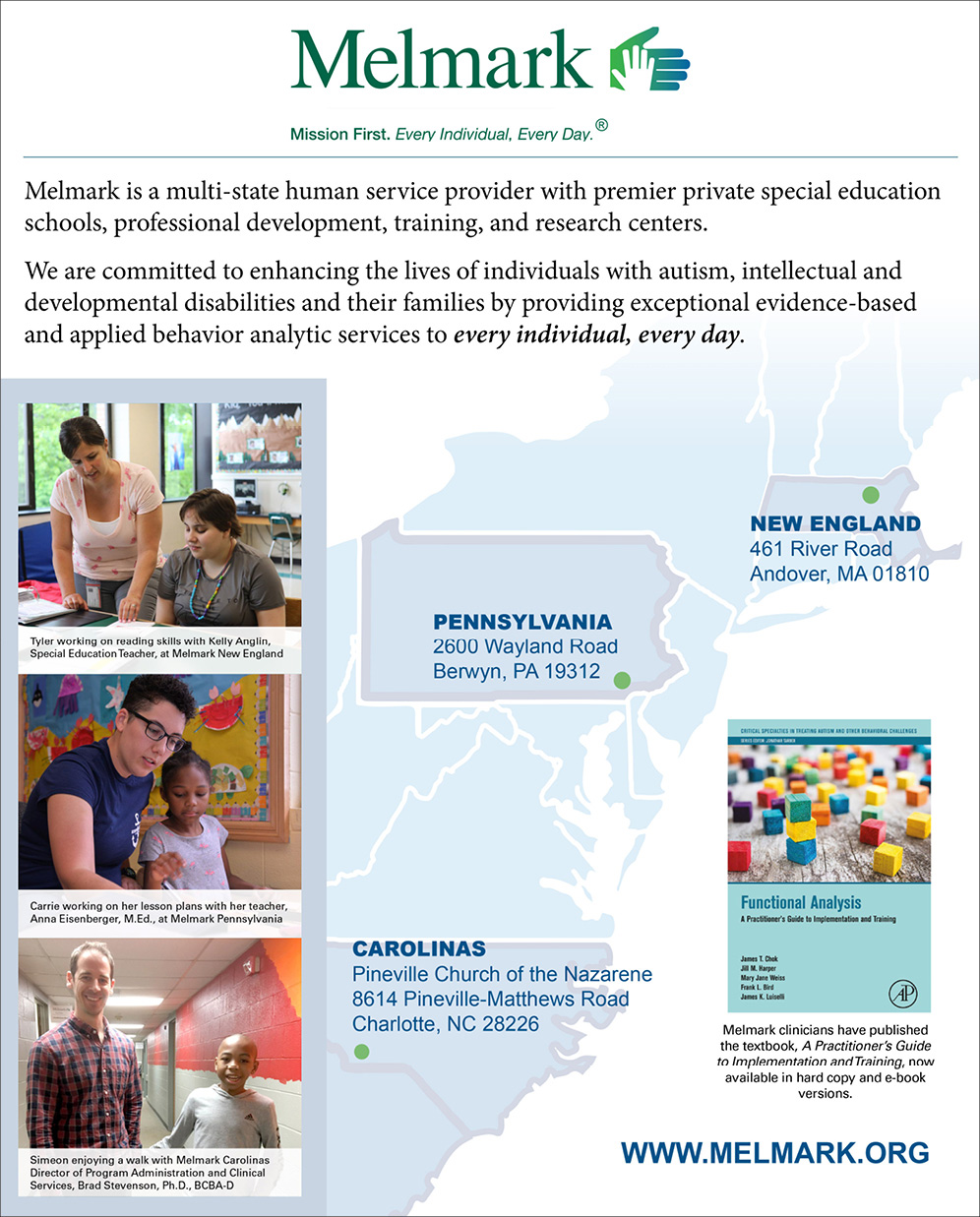 However, while Bob was showing increasing success at school, he continued to have significant challenges at home. It all came to head after a particularly dangerous episode when Bob became aggressive and ran away. He was hospitalized again and the doctors finally stated he should have NO access to technology in any setting at any time. Their stance was that trying to take the technology from Bob was simply too dangerous and should be avoided at all costs. The Melmark team spoke with the doctors and discussed the issues of bankruptcy and the ubiquitous presence of technology in society. We also reported Bob’s success at school with the use of technology as a structured reinforcer. The doctors remained unwavering in their recommendation: no access to technology in any setting at any time.

We felt we were at a crossroads. We were confident that if Bob could participate in some similar, structured access to technology at home he could be successful. However, there was a major barrier. We needed to find a way to support Bob and his family through the challenging times as he adjusts to the structure. Who would terminate his access when the time was up, because that could be dangerous? Also, even if they managed to get the technology away from him, he would often argue with and push the person who controls the access. At school, we were trained specifically to address these issues, but it was unrealistic to expect a family to do this and be able to maintain everyone’s safety. Something else was needed.

Melmark and the family collaborated to develop a different plan for Bob at home. We researched parental control options for a range of gaming systems, specifically, parental controls that could be managed via an app on a phone. The idea was that if we could remove the need to physically take the technology from Bob, this would remove one of his largest, most dangerous triggers. Instead of physically taking the technology from Bob, the software would simply turn off after a specified amount of time. Bob could physically keep the game system and earn access to gaming again later. The solution to our technology needs was to purchase Bob a Nintendo Switch and install the Switch Parental Controls app. This app allowed us to provide Bob with limited amounts of time in 15-minute increments throughout the day. It also gave us the ability to head off other potential problems by restricting online communication and mature-rated games that were inappropriate for him.

With one barrier down, there was one more to go. If Bob knew that his family controlled access to his game system, he would confront them, insisting they turn it on. This would lead to dangerous behaviors if they did not. This is where support from school personnel became critical. School personnel had already developed a strong rapport with Bob, so we simply took the family out of the equation. Melmark staff downloaded the Switch Parental Control app on our phones. We then checked in with Bob’s family at frequent, predetermined intervals. If he stayed safe at home and completed a simple routine of age and skill appropriate activities (e.g., cleaning his room), we remotely provided access to technology. If Bob had not met the criteria we would not. If he wanted to talk about it, his family was coached to simply say, “This is between you and Melmark. I couldn’t give you screen time even if I wanted to. You’re welcome to call them.” Since we had already had those conversations at school so many times, we were set up for success. Bob knew that if he did not hold up his end of the contract, we would not grant him access to technology. However, more importantly, he trusted that if he got back on track, we would hold up our end of the bargain and grant access at the next opportunity.

We started the plan early in 2020. As expected, there were some initial bumps in the road. Bob would not earn time on the Switch occasionally. He would pressure his family to just give him the screen time. However, just as they were coached, they would simply call us and put it on speakerphone. We would calmly explain that he did not earn it this time. Then we would pivot to say, “But if you stay safe and get your chores done, we can give you time in just an hour.”

We are now going on 16 months with this program in place. Bob has had no hospitalizations since implementing the Switch program. He still gets into occasional arguments with his family, as teenagers do, but the dangerous behaviors are gone. Also gone are the days when foremost experts in the region were recommending removal of all electronics completely, the thing Bob loves most in the world. Now, Bob has access to electronics in moderation on a regular schedule. Additionally, the presence of computers, televisions, and game systems in his school and home setting are no longer the source of dangerous behaviors. In fact, he just started an internship as an electronics repair technician and his first job was to dissemble and repair an Xbox. He is now on a track to have a life working on the things he loves most.

Transitions are tough. As many schools make plans to shift from distance learning to in-person instruction, families, students, and educators face an adjustment period. That’s especially true for students with autism […]