“What is your disability, because I’m not seeing one?” a young man on a date asks during an episode of Love on the Spectrum, Netflix’s recent reality show hit. “What does autism look like to you?” the young woman sitting across from him retorts. 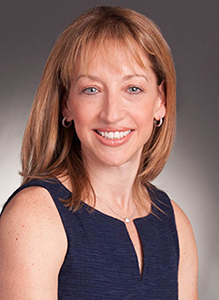 For many families struggling with relatives who have a significant form of autism, their experience looks nothing like anything depicted on the feel-good series. Their children will not be part of the dating pool, and their worries are more acute: How can I stop my son from banging his head against the floor before his retina detaches? Who will step in when my daughter tries to swipe food from a garbage can? What will happen to my nonverbal 250-pound adult brother who wanders away from his caregivers and has prompted calls to police?

While shows like Love on the Spectrum are well-meaning, they often do a disservice to those with a more severe form of autism. Their reality is far from an endearing quirk, or a slight impediment that can be overcome with a bit more understanding and patience.

To combat this false perception, and to provide additional support to individuals and families facing this reality, prominent autism researchers have coined a new term for those on this end of the spectrum: profound autism.

Dr. Catherine Lord, a professor at UCLA’s Center for Autism Research & Treatment and a member of the Lancet Commission on the Future of Care and Research in Autism, debuted the term during the Autism Science Foundation’s (ASF) annual Day of Learning in September. Dr. Lord noted that autism is an incredibly heterogeneous condition, and there is a vast difference between a person with high functioning/high IQ autism, who can still function somewhat typically in society, (and do things like appear on a reality dating show) versus a person with autism severe enough to require round-the-clock care. According to Dr. Lord, the Lancet Commission concluded that “useful categories might bring attention to the different needs of different people” and that these categories must be applied “across race, across social class” and be consistent among diagnosticians globally.

I agree that it is imperative to have language and categories that reflect these vast differences. The term profound autism is not meant to further stigmatize people who fall into this category, but to provide necessary differentiation and additional support for people and families who need it most.

I understand the need for this term not only as co-founder and president of the Autism Science Foundation, but as a parent of a child with profound autism. My 23-year-old daughter is thriving in an intentional community for adults with severe disabilities, where she works on a farm and lives with peers. She is happy and productive―a far cry from the misery of wasted years attempting once-size-fits-all mainstreaming.

Today, we speak to many families who talk about the pain of seeing little differentiation between their nonverbal child with profound autism and an adult on the other end of the spectrum who holds advanced degrees and a high-powered job. Many of these families are tired of talking about autism in obfuscating terms: their kids have a clear disability and they need help. This new term can more efficiently address that need.

In her new book, We Walk: Life With Severe Autism, Amy S.F. Lutz writes eloquently about life with a profoundly autistic child. She also pushes back against the neurodiversity movement, whose adherents argue that autism should be viewed not as a disability but simply as a different way of viewing the world.

While I understand why people want to view autism that way—of course it’s painful to think that any child will be viewed as “less than”—it’s important to use precise language to describe people who are at different points of an extremely wide spectrum. This is the only way to ensure that each person receives the type and level of intervention that meets his or her needs.

While most people with profound autism would not be likely candidates to appear on a show like Love on the Spectrum, we all know that everyone on the spectrum deserves love. Introducing new categories into the spectrum, and normalizing the term profound autism, is an important step to providing people the proper support—and love—they need.

Alison Singer is Co-Founder and President of the Autism Science Foundation.

I am writing this piece to let any autistic individuals know that, when life throws challenges, you can make it through the pain. You may hurt, feel like your life […]