Prognosis? The Sky’s the Limit

When I published my first memoir in January, I expected to receive a fair amount of feedback from readers. I didn’t know what my readers would say, exactly, but I assumed that, for the most part, their responses would be positive. I imagined that people would write to me and offer such opinions and observations as “This is a funny book,” or “Gee, I think my husband might have Asperger syndrome,” or “Thank you so much for flavoring the even-numbered pages.”* What I didn’t expect is how many people, both on and off the spectrum, have found the story to be a source of hope: parents of children diagnosed with Asperger’s; people whose romantic partners have been diagnosed; people who feel they themselves identify strongly with the parameters of the condition. 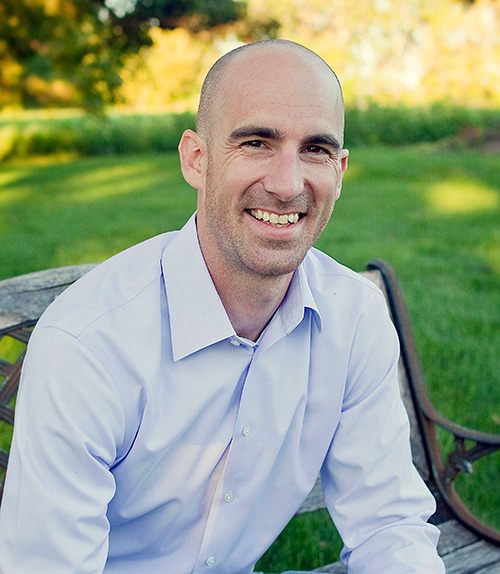 This, to me, suggests that people often have concerns about the prognosis of living a fulfilling life with Asperger’s. It’s understandable. We live in a predominantly neurotypical world, a world full of unwritten and almost universally-understood social methods. (Apparently, 109 out of 110 people learn these methods transparently; the remaining one percent of us need a little help.) School, for its part, is a highly social institution, right up there with friendships, marriage, and career. Life is social, and because impaired social instinct is a key characteristic of Asperger’s, it stands to reason that the individual with Asperger’s will have unique challenges to overcome if he or she wants to be successful in life. (Then again, who doesn’t?) As for predicting the likelihood of personal fulfillment, that depends as largely on adaptability and willingness to adapt as it does on social function and intellect.

The great news for us Aspergians is that what we may lack in social function, we often make up for in spades with intellect and an ability (notice I did not say “inclination”) to adapt. That leaves willingness to adapt—a quality one must possess if one wants to be successful, whether they’re on the spectrum or not.

Case in point: my marriage of five years, which was in dire straits when I received my Asperger’s diagnosis at the age of thirty. Though I had been successful in those institutions in which social instinct isn’t formally measured—school (excellent grades) and work (exceeded my objectives)—I could not boast such high performance as a husband and father, roles that require, if not great empathy, then a strong willingness to adapt.

I’d managed to make myself appear to be a worthy partner for my wife Kristen when we were dating, and so it came as a major surprise to both of us when, after we were married, my neurological composition began revealing itself one baffling moment after another: social events rendered insufferable due to my behaviors, my inability to support Kristen emotionally. Oh, and I always hogged all the crab rangoon. After a few years of this, what was there, really, to love? Kristen and I had been best friends since high school, but after only a few years of marriage, we no longer felt like friends. We resented each other.

But with the diagnosis came new understanding; Kristen and I were afforded much-needed insight into how my mind works, and why certain things, such as paying attention to the needs of others and simply going with the flow, posed such a challenge for me.

A diagnosis is not a solution, however; it is only a beginning. It’s sort of like being handed a user manual for yourself—whether you choose to use the information to your advantage will determine how successful you’ll be in different areas of your life. Again, the prognosis of a fulfilling life depends largely on one’s willingness to adapt.

I quickly realized I could learn how to manage my behaviors better and that our best-friendship would come back as a result. And Kristen—a saintly neurotypical who happened to work with autistic children and understood how the autistic mind works—could help me. I had her support; all I needed was a willingness to adapt. And that willingness, fortunately enough, was there.

I wanted to master the behaviors that would make me a great husband—I wanted to adapt—and so I started keeping what I called a “Journal of Best Practices,” a collection of personal maxims that I wrote down and practiced (or tried to practice) every day, with help from Kristen, my window to the neurotypical world: “Don’t change the radio station when she’s singing along,” “Be present in family moments,” and “Go with the flow,” just to name a few. Some of my Best Practices helped me to bridge the neurological gap that had separated Kristen and me. But many of my Best Practices—ones like, “Better to fold and put away the laundry than to take only what you need from the dryer”—had nothing to do with Asperger’s. Many of them were simply things that any married couple needs to work on at one point or another.

Renewing my commitment to self-improvement every morning was not easy. But it was very clear to me that if I wanted to achieve real transformation in my marriage and in my life, this was the only way it was going to happen. And so I did.

Kristen had to adapt as well. She had to learn how to engage with me in constructive ways. Most wives, for example, don’t need to coach their husbands on how to communicate or to listen effectively. (Then again, perhaps they do.) She learned how to pick her battles and stay patient whenever I was doing something outrageously annoying, such as using all the hot water for my daily required morning shower, sixty minutes in duration. She learned new methods for socialization, such as explaining to me exactly what an evening with friends would look like before they came over, so that I wouldn’t feel anxious.

Together, with our commitment to each other and to these best practices, we are making it work. I’m happy to say that our neurologically-mixed marriage is now stronger than it ever could have been without these tests, and best of all, I have my best friend back.

So, I’d say the prognosis can be great. Living a fulfilling life with Asperger’s (or otherwise)—living the life you want to live—is without question a possibility. The path you take to get there is entirely up to you.

*Note: Pages are not flavored. That was, as Tina Fey would call it, a joke-lie.

David Finch married his wife, Kristen, in 2003, and five years later he was diagnosed with Asperger syndrome. David’s essays have been published in The New York Times, Huffington Post, Slate, and Psychology Today, and he is a blogger for Psychology Today. His debut memoir, The Journal of Best Practices (Scribner, January 2012), is now a New York Times bestseller. David also lectures on the topics of relationships and living successfully with Asperger’s. Please find more information about David on Facebook at www.facebook.com/DavidFinchWriter, and on his website davidjfinch.com.

Dating and Relationships: A Perennial Challenge for Many Autistics

This is one area about which, like so many on the autism spectrum, I can hardly be considered an expert. Nevertheless, because of its importance to so many in the […]

If you are an adult who has had a longstanding diagnosis of ASD or a newly diagnosed individual, then you probably grapple with these ongoing decisions: If and when to […]

How to Build a Satisfying Recreation Program for Adults with Disabilities

Andrew Auerbach, 63, has been going on weekend recreation trips with Chapel Haven Schleifer Center in New Haven, CT, since he arrived at the program in 1977. Andy, who grew […]

Neurology Matters in Couples Therapy – and Training is Now Available

“Working with neurodiverse couples is more complicated than neurotypical couples. In order to help the couple work as a unified team, the therapist first has to help the partners understand […]

A Spectrum of Love: When Romantic Love is Not Attained

Romantic love is a subject with which many in the autism community are preoccupied. They wonder if and how they will find love, and when they do, how they might […]