Sexual Misconduct on Campus: A Brief Introduction to Title IX Guidelines and Policies for Parents and Caregivers

A young woman waits in line with friends at the counter of a college cafeteria, discussing topics from a class they attended earlier. Nearby, a young man who also attends the class watches the young woman intently, looking for an opportunity to catch her attention. He calls her name a few times, but she either does not hear him over the bustle of cafeteria activity or she chooses not to answer. Perhaps she is made uncomfortable by the fact that he is hovering awkwardly just outside of her small group. She may recognize him from class as a student who asks questions of the instructor that are off topic, has awkward speech patterns, and shares more personal information in class discussion than one would expect. After a few minutes without receiving a response, red-faced and fists clenched tightly at his sides, the young man shouts loudly enough for the entire cafeteria to hear: “I am not invisible, you know!” 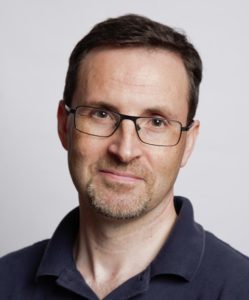 What will happen next? There are no special education teachers, school psychologists or guidance counselors present. Will the young woman recognize that she is dealing with someone who struggles with appropriate social behavior due to being on the autism spectrum, and therefore engage in affirmative behavior modification strategies? That outcome is unlikely. If the situation escalates further, it is entirely possible that campus security will be involved.

Although hypothetical, the preceding situation could easily play out at any college or university. Despite recognized challenges, students on the autism spectrum may choose to pursue post-secondary education as part of their life goals (Camarena, 2009; Hart, 2010). In addition to education, many students hope for and expect romantic social experiences to be a part of their college lives, and many individuals with ASD also have these expectations.

The college environment provides individuals with ASD unique opportunities to have a wide range of social experiences including those of romantic natures. Along with these opportunities comes a responsibility to learn and practice behavior that meets the standards of college sexual and gender based policies. While attempting to make romantic connections, individuals with ASD are more likely to exhibit behaviors that fall outside of what is accepted by the mainstream in courting and may be construed as stalking or harassment (Stokes, 2007). Whereas unfortunate encounters similar to our hypothetical may occur in other environments, the situation is further complicated for those on college campuses due to specific policy guidelines for misconduct regarding sexual or gender based harassment under Title IX of the Educations Act of 1972. Title IX was clarified by an April 2011 letter issued by the Department of Education’s Office for Civil Rights, and further requirements were set in place by the Clery Act. Title IX prohibits discrimination on the basis of sex, and this prohibition extends to the prevention of sexual misconduct (Know Your Rights, 2011).

Sexual misconduct can be interpreted to encompass a variety of actions, and college and university guidelines include non-exhaustive lists providing examples. Among these are references to unwanted flirtation and advances or propositions of a sexual nature (A Guide to Surviving Sexual Assault, 2016). These examples may fall under a sub category of sexual or gender-based harassment. Furthermore, Title IX does not just apply to sexual misconduct involving heterosexuals. They apply equally to individuals who do not identify as heterosexual, and research indicates that individuals with ASD do not only identify as heterosexual (Hellemans, 2007; Mendes, 2016).

Colleges are required to appoint Title IX Coordinators to ensure compliance with the law. They oversee and facilitate the investigation of complaints, including the establishment of disciplinary proceedings when necessary. Title IX places an obligation on schools to provide a safe place to learn, eliminating conduct that creates a “hostile environment” (Know Your Rights, 2011). The law recognizes that schools can respond more quickly to allegations of sexual misconduct than law enforcement, and due to the mandate to provide safe environments, institutions may choose to err on the side of caution. Parents and caregivers need to understand that the unstructured nature of social interaction on a college campus will create challenges students did not have to grapple with in high school. Individuals with ASD who engage in behavior interpreted as stalking or other types of sexual misconduct may find themselves subject to investigations and disciplinary action. According to Title IX guidelines, colleges follow a preponderance of evidence standard. With a preponderance of evidence standard it only has to be found that the behavior in question was more likely than not to have occurred for an individual to be held accountable for the behavior. Infractions may have a negative impact on the individuals subject to them, regardless of the accused’s intent or understanding of the nature of the violation (Gordon, 2016). In some instances, consequences may be imposed in the interest of safety that precludes findings by the criminal justice system, without due process as typically understood. For example, the accused may not have the opportunity to face the accuser. When time and diligence clarify that an individual accused of sexual misconduct on campus has impaired social skills development due to ASD, the clarification will not alleviate lost academic time or emotional stress resulting from disciplinary action enacted to ensure the safety of the accuser.

In addition, individuals with ASD may become victims of sexual misconduct themselves, possibly as a result of inexperience with romantic relationships, or taking risks in order to be socially accepted. Consequences of poor decisions are amplified in college settings for many reasons, including reduced supervision and the presence of alcohol. Individuals with ASD attending college and their parents or caregivers need to be aware of Title IX policies so that they have an understanding of their rights and can seek help should they need it.

Transition plans often focus on continued academic and vocational skills development. If studying on a college campus is a goal for individuals with ASD, social skills training including familiarity with college campus Title IX policies should be an important part of their transition plans. Parents, families and students themselves can advocate for specific training to be included in a student’s transition plan. In addition, when applying for college or college-based post-secondary programs it will be important to ensure that orientations programs and/or freshmen year campus orientation courses adequately address these concerns.

Assembling an Emergency Toolkit for Children with Disabilities

In the journey of parenthood, one of the most challenging things caregivers of children can encounter are the inevitable injuries and emergencies. Last year, I had to take my daughter, […]

Addressing the Psychological Fallout of The Coronavirus Pandemic

The coronavirus pandemic in the United States has led to great efforts to prevent the spread of the virus and to prevent fatalities. But the problems that people will face […]

As Chair of the New York State Assembly’s Committee on Autism Spectrum Disorders, with the help of fellow board members of the International Board of Credentialing and Continuing Education Standards […]

As a mother of a daughter with autism and intellectual disabilities, as well as a professional in the human services field, I am all too familiar with the unique challenges […]

On a sunny day in August, on a typical tree lined suburban street in Queens, NY, a knock opens a neighbor’s door. “Are you coming?” asked a client of Unique […]