In 2003, Simons Foundation co-founders Marilyn and Jim Simons set out to understand the state of autism science. Having recently awarded a grant or two to scientists working in autism genetics, they were eager to understand how the field as a whole was faring. They convened a small gathering of autism scientists and others working in the field in New York City that summer for an in-depth discussion of what was happening in autism science, and what might be done to push progress along. 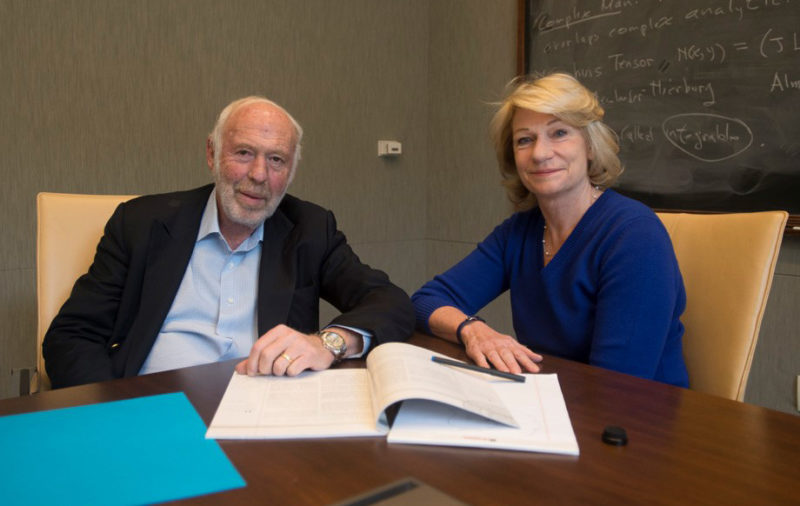 They emerged from that gathering having understood a few things. First, autism science was still in its nascency and not much was known about autism’s cause, or causes. Second, autism research was not as well funded as other areas of science, so few top investigators were involved in the work. Third, the first autism gene had just been discovered by the French scientist Thomas Bourgeron, and it seemed that the best shot for moving the field forward quickly would be to focus on autism’s genetic causes. In the wake of that meeting, they awarded three grants, two of which were in genetics, to autism scientists. They also hired expert staff to begin looking for more grantees.

So began the nation’s largest private funding program for autism research. SFARI (Simons Foundation Autism Research Initiative), is now familiar to people in the autism community. It operates with a budget of approximately $75 million per year and supports more than 250 investigators at any given time. The initiative has also developed resources for autism scientists, including large databases of genetic and behavioral information, a bank of brain tissue, stem cell lines, and mouse and rat models of autism. Its newest effort — SPARK — SFARI’s most ambitious to date — seeks to gather 50,000 families (in which at least one member is diagnosed with autism) in an online research community.

Seen through that lens, it is not surprising that few in the autism community realize that the Simons Foundation’s mission is in fact much broader than autism science: Its mission is to advance the frontiers of research in mathematics and basic science. The foundation supports a wide and varied swath of science in the United States and abroad, ranging from mathematics to physics and theoretical computer science, to research on ocean ecology and on the origins of life, from data science to cosmology. Importantly, the foundation exists to support discovery-driven research, research undertaken in pursuit of understanding the phenomena of our world.

The Simons launched their foundation in 1994 in New York City — with no staff — and began with a few larger grants to universities and institutes of higher learning, but also smaller grants to local charitable efforts. As the foundation’s endowment grew, however, they determined to hone their mission, committing to support mathematics and basic science. By 2006, they had begun to adopt their central funding model of supporting individual investigators and research organizations, largely selected through open application processes.

The foundation also has a deep investment in the cross-pollination of ideas across disciplines. Jim Simons’ own experiences as a mathematician illustrated for him what great strides may be taken when collaborators work together. He and the legendary mathematician Shiing-Shen Chern together developed the Chern-Simons invariant in 1974, which serendipitously turned out to be important in physics, a field in which neither of them was an expert. Simons also founded a successful quantitative hedge fund, Renaissance Technologies, where collaborative working among employees was a first principle. So in 2012, the foundation extended its support for basic science, funding not only individuals’ projects, but also large research collaborations of scientists. The foundation now provides funding for 10 such research collaborations, which are probing everything from large-scale brain activity to ocean ecology to electron interactions.

Most recently, the Simons Foundation has undertaken to boost basic science more directly by launching a research organization within its own walls. In 2013, the foundation launched the Simons Center for Data Analysis, now called the Center for Computational Biology. And, in early 2016, an additional internal unit called the Center for Computational Astrophysics was launched. These centers, together with two others in the planning stage, form the Flatiron Institute, a new organization devoted to computational science. Additional centers within the Flatiron Institute, along with Simons Foundation-supported collaborations, may be added in the future.