Early on, doctors had given them little hope, announcing that her granddaughter would never talk, play with others, or make eye contact. She proudly tells the member of the Grandparents Support Group of children on the autistic spectrum that, although her granddaughter struggles, she is now in a mainstream class with an aide and recently had a play date. A few weeks later, a grandmother of a 3 ½ year-old child came to the support group and shared her feelings with other members by saying, “You’ve given me hope. I know our grandchildren are different, but you have given me hope that my grandchild will also make progress, even when those around us say that she won’t.” 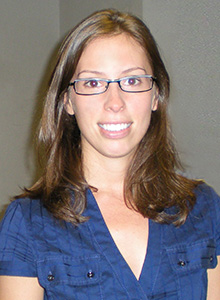 The Westchester Jewish Community Services Autism Family Center (AFC) offers a variety of support services to individuals and families affected by Autism Spectrum Disorders (ASD). Recognizing their unique situation, the AFC created a support group specifically designed to address the needs of grandparents. Our experience with the AFC Grandparent Support Group is that it provides a vital link to a community of individuals who know and understand their unique life experiences. When parents receive the diagnosis of ASD for their child, the entire family unit needs to adjust to the triumphs and challenges of having a child with ASD. In working with families affected by ASD, we have learned the importance of being mindful of its impact on all family members, including grandparents.

Grandparents’ Roles and Expectations – In many cultures, the role of grandparent is revered. They are a source of experience, wisdom, and support that adult children can draw on as they begin to raise their own families. Most grandparents look forward to this role with great anticipation as their children become parents.

There are challenges and unique needs that having a grandchild with an ASD brings and this changes the typical grandparent role. When a diagnosis of ASD is given to a child, grandparents, along with their children, are thrust into a world where all that they expected has shifted. Grandparents who once thought that they would be teachers now must learn along with their adult children. Grandparents who may have been the occasional babysitters may become respite providers. Grandparents who may be living in retirement may become financial providers to help offset costly treatment and interventions for their grandchildren.

Grandparents’ Involvement – Grandparents look forward to being involved in the lives of their adult children and grandchild. When a child is diagnosed, grandparents may struggle with how to be involved given the unknown territory of autism. Grandparents may not be able to give the support they would like to due to lack of knowledge and understanding. This extends to both relating with their grandchild as well as being supportive to the family.

Grandparents may also struggle with being helpful to their adult children without being intrusive. There is a difficult balance between being supportive and interfering. Furthermore, grandparents may feel guilty for not being able to do more for their families, especially for those who live a distance from their grandchild.

Ways We Can Support Grandparents

Educate Grandparents on Autism Spectrum Disorders – Though the diagnosis has been around since the 1940’s, autism has become more of our daily vernacular within the last 10 – 15 years. The field is constantly changing and expanding as new research is revealed. The wealth and breadth of information now available may be overwhelming and yet it is essential to the grandparents’ well being and their ability to support their child. Knowledge is empowering and can allow grandparents to feel more confident as they proceed in their relationship with their grandchild and adult children. Grandparents can be educated themselves through books, publications, internet resources, workshops and interactions with other grandparents.

Include Grandparents in the Conversation – Because grandparents are learning about ASD along with the family, it is important to make them a part of the conversation. Many grandparents want to be involved in this process; others may be more reluctant due to their fears and concerns. However, it is essential to encourage conversations that increase their understanding of their grandchild, provide needed support to their adult children and empower them to be part of this process.

As parents learn the language of ASD (i.e. ABA, RDI, etc.), they should be encouraged to include grandparents, either by having them attend doctor’s appointments, school-based and other evaluations, support groups, and grandchildren’s treatment and therapies. Sharing evaluations and reports with grandparents is another helpful way to increase their participation in the “ASD conversation.”

Recognize their New Role and Unique Experience – Because this is a stressful experience for all, grandparents may be hesitant share some of their concerns and fears about their new role and experience. Families can be supportive to grandparents by discussing these changes with them as well as taking an active role to educate, demonstrate, and involve grandparents. Also, Grandparent Support Groups provide the opportunity to be heard, to safely express feelings, and to learn that they are not alone. In the support group offered by the WJCS Autism Family Center, grandparents of different aged grandchildren with different forms of autism and with varying levels of involvement are able to come together to share joys and triumphs as well as challenges and difficulties. The grandparents are supportive of each other, learn from one another, and provide hope and solace.

Acknowledging Grandparents’ Grief – While much has been written on how parents grieve the loss of “normalcy” with a child who has autism, less attention has been paid to the loss of dreams and hopes grandparents have for their grandchild. In some ways, the grief of a grandparent can be even more complicated as it applies not only to their grandchild but also to the adult child. Some grandparents may not allow themselves to grieve because of their need to provide a supportive role to their adult children. Others may feel that they cannot grieve if the child’s parents are choosing not to acknowledge or experience their own grief. Grandparents should be encouraged to express their feelings to extended family members (if possible), to seek professional help, or to attend a support group designed specifically to address their needs.

Ways That Grandparents Can Support Families

Draw Upon Grandparents’ Experience – As part of the life cycle, most grandparents hope to guide their adult children as they navigate through their own parenthood. Though parenting a child diagnosed with ASD is a unique experience, there still may be common themes of experience that can be helpful for grandparents to share. At some points, all parents have struggled with their children. The lessons learned from these struggles still have value whether or not the child’s difficulties were related to ASD. Parents and professionals should encourage grandparents to share these experiences and lessons as a way of supporting their family.

Use Grandparents as Supports Inside the Family – With the right tools, grandparents can be an excellent source of respite for parents and are often willing providers. Grandparents can also be an excellent support within the extended family. Families often talk about the difficulties of attending family events because other family members lack understanding of the issues. Grandparents can be excellent educators and advocates. Prior to a family occasion, they might be able to advise about special diets, certain behaviors, and other relevant information that could ease tensions. They can impart knowledge when their adult children are reluctant or too exhausted to do so themselves.

Use Grandparents as Supports Outside the Family – Grandparents attending doctor’s appointments, meetings, evaluations, and therapies can be helpful in multiple ways. They represent an extra set of hands and ears in case parents become overwhelmed. They may also be able to contribute thoughts and ideas that others may not have suggested. Their participation in therapies and treatments allow them to learn and use some of the techniques and skills taught, thus providing continuity of care for their grandchild. Grandparents can also be a support in social events. By having a sense of their grandchild’s behavior in these situations, they can be relied on if a child is having a difficult time.

In a recent support group meeting, grandparents came together and caringly asked each other for updates on their grandchildren. One asked another, “How was that appointment for your granddaughter?” Another asked, “How is your grandson doing in his new school?” The conversation continued as all members gave their updates and everyone listened attentively. Eventually, one grandmother told of her 4-year old grandchild who had recently strung together three words to ask for chocolate pudding. The group rejoiced in hearing the progress her grandchild had made, sharing the experience as if it were their own and providing understanding, support, and suggestions.

Agencies and non-profit organizations should be encouraged to create support groups for grandparents. The ability of such groups to support, acknowledge and empower grandparents is enormous. Monthly groups offer stability, a lynchpin for grandparents to grab onto and a valuable sense of community with others who share a common experience. The groups can impart a sense that the world they have been thrust into need not be frightening or gloomy and that there can be much to celebrate in the uniqueness that autism brings.

Bonnie Graham, LMSW is the Program Director at the WJCS Autism Family Center in White Plains, NY. For more information on the Autism Family Center’s monthly Grandparent Support Group, you can contact Bonnie at 914-761-0600 extension 228 or by email at bgraham@wjcs.com.