In the contentious world surrounding Autism Spectrum Disorders (ASD), one issue bridges the gap among researchers, parents, advocates, health and educational professionals and policymakers — Early Intervention (Part C of the IDEA) for infants and toddlers with ASD works and provides the best pathway to address or ameliorate ASD (Warren et al., 2011, p. 1303). This article will explore the legal issues raised for infants and toddlers with ASD and their families struggling to receive appropriate Early Intervention (EI) services including: eligibility for EI services and the potential impact of the proposed changes to the Diagnostic and Statistical Manual (DSM); the intensity of EI services; and the payment of those services. 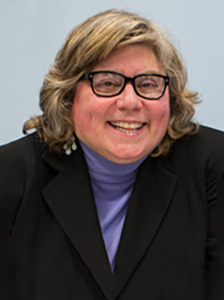 EI is the richest entitlement available to young children with ASD. A two-generational program provides a wide array of services to eligible children and their families. Unlike Part B of the IDEA, (the special education program for children ages 3-21), Part C does not base eligibility on the fulfillment of specific criteria for categories of disability. Instead, EI contains three possible eligibility categories: at risk (used by only four states); functional eligibility; and established conditions (Rosenberg et. al., 2012). Most children are found eligible under the functional category—looking at the young child’s strengths, weaknesses and needs in five domains that include cognition, social-emotional, speech and language, adaptive and physical (Federal Register, 2011). Individual states set their own requirements for delay in these domains.

Rather than identifying significant delays in one or more domains, eight states, Alaska, Illinois, New Jersey, New Mexico, North Carolina, Pennsylvania, Vermont, and Wisconsin, have changed their regulations to make clear that children with ASD could fulfill the “established conditions” provision. Under this provision, a child must have an established medical or physical impairment with a high probability of resulting in a developmental delay. While this category has traditionally been used for children with various syndromes or genetic challenges, it may be the best course for any child suspected of having ASD during the infant and toddler years, because it will ensure that the child receives needed EI services quickly.

Perhaps the best model of a state regulation adding ASD to the list of “established conditions” is New Jersey which states: “d) The categories of physical and mental conditions that have a high probability of resulting in developmental delay are:

Eligibility also may be affected by changes in the new DSM V. First, it will create a single diagnosis—ASD. Second, it reduces the required categories to two—social-communication impairment and repetitive behaviors—rather than three, thereby removing requirements for delayed language alone, an important red flag for early identification.

Creating a single diagnosis of ASD eliminates categories used for the highest functioning children—Asperger syndrome and PDD-NOS—which appear to have little scientific validity or reliability since those diagnoses cannot be adequately replicated (“What Changes May Mean,” 2012). However, the new proposal has stricter standards for communication and social deficits, further tightening the definition and making it more difficult for many higher functioning infants and toddlers (Lukasik, 2012). In addition to the hurdles created by eliminating categories for higher functioning children and the removing provisions for delayed language alone, the DSM V also looks to young children’s interactions with other children, not caregivers, to determine eligibility (“Proposed Revisions,” 2012). This criterion may not be achievable for infants and toddlers with early signs of ASD since many have few interactions other than with caregivers. Thus, the DSM V presents unknown barriers for eligibility for infants and toddlers.

In the first case decided by the United States Supreme Court under the IDEA, Board of Education v. Rowley, the court determined that a child’s required Individualized Educational Plan (IEP) needs to be reasonably calculated to provide only some educational benefits to the child. This decision has been held to apply to EI. It has been used to reject parents’ proposals for their child with ASD to get the “best” program or the program that will “maximize their child’s potential.

Following this constricted view of the law, many courts have held that a child is not entitled to an Applied Behavioral Analysis (ABA) program (even when parents can prove the effectiveness of this program for their child) if the school or lead agency provides an alternative that gives the child some meaningful benefit. Courts, however, have upheld a child’s right to receive ABA services based on the individual needs of that child.

As in Part B, there is not a set policy on the number of hours of ABA or other therapies a child should or can receive, nor is there research on this important point. The American Academy of Pediatrics, however, has recently recommended that infants and toddlers with ASD receive at least 25 hours of intensive EI services which could include ABA as well as speech, physical and occupational therapies (Warren, 2011).

Traditionally, EI services are reimbursed by a variety of sources, including Federal Part C funds, state, and local funds. In many states, Medicaid is used to pay for many EI services including ABA. Often, parents seek additional services outside of EI to obtain the “best” services possible for their children Parents are entitled to reimbursement when services are reduced or changed for reasons not related to the child’s needs; parents are not entitled to reimbursement simply because they believe the child would benefit from additional or different services. Yet, cases seeking reimbursement, which seem to predominate in New York, provide an advantage to wealthy families who can afford to take the risk of paying for private programs without a guarantee of ever receiving reimbursement.

Many parents have sought to use insurance to pay for services not covered by the IDEA. For autism organizations, insurance reform has been a top priority resulting in insurance legislation passed by the majority of states (“Autism Votes,” 2010). Most of those state laws cover only children, some with age limits; some with caps on available funding; and some with questionable long-term utility. In the EI context, they are not very useful since EI should be covering most needed services. The 2010 federal Affordable Care Act (Act) upheld by the United States Supreme Court requires insurance companies to cover all children with pre-existing conditions such as ASD and to cover adults by 2014 (“Patient Protection and Affordable Care Act,” 2010). The Act also could cover “behavioral health treatments” that are medically necessary and evidence-based, such as ABA, as part of the essential benefits package. Unfortunately, the new federal regulations implementing the Act have not specifically referred to ABA services under its definition of the essential benefit package. Thus, state-based advocacy to correct this omission will be critical.

There is a constant struggle for infants and toddlers with ASD to receive appropriate EI services in a timely manner. This struggle is a direct result of the many legal problems surrounding EI. It is imperative that more states follow the direction of the eight states that have specifically added ASD as an established condition to their regulations. It is important for advocates to watch the impact of the DSM V on future EI eligibility. It is also important for advocates to insure that ABA services are covered by the state’s definition of “essential services” under the Act. Ardent advocacy is necessary so that children with ASD will continue to be identified early and receive needed EI services expeditiously.

Lukasik, L, (2011). Asperger’s Syndrome and Eligibility Under the IDEA: Eliminating the Emerging “Failure First” Requirement to Prevent a Good Idea from Going Bad. Virginia Journal of Social Policy and the Law.

Using a positive psychology approach in working with individuals with an autism spectrum disorder can help them lead a fuller and a more enriched quality of life. Optimism, resilience and […]

Protecting the Financial Future of Your Child with Autism

Parents of children with autism know that just getting through day-to-day life requires careful planning. Many parents do not consider that financial planning for their child with autism also requires […]

The ASD Nest: A Successful Inclusion Model in the NYC Public School System

Ten years ago Dorothy Siegel and Shirley Cohen, working closely with administrators of a Brooklyn school district, initiated a pilot for the ASD Nest program. Now, ten years later, that […]

An opportunity to reach a targeted autism readership of over 200,000 per year in print and online with over 22,000 social media followers