Treating Patients with Autism Spectrum Disorders: What Clinical and Moral Breakthroughs in Medical Education Can Accomplish

“The arc of the moral universe is long,” said a young Martin Luther King, Jr. (quoting a nineteenth-century preacher), “but it bends toward justice” (King, 1956). He knew that the struggle for civil rights would last, not for years, but for generations. It took twenty years to expand civil rights protection to children with disabilities (Education of All Handicapped Children Act, 1975), and another fifteen to include all adults (Americans with Disabilities Act, 1990). 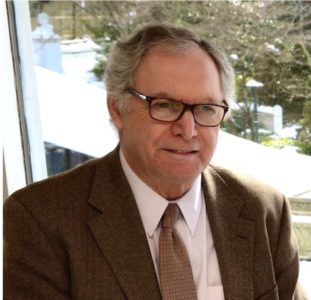 But the “moral universe” doesn’t bend simply by passing laws. Hearts need to change and that begins with education. During the 1990s and early 2000s, hundreds of books, films, TV dramas, and professional conferences appeared, the public learned that autism was a spectrum of disorders (ASD), and that persons “on the spectrum” carry unique insights and abilities, rather than a label of “dysfunction.” Schools in most states required educators to learn how to teach students on the spectrum (New York State United Teachers, 2017), and today a growing number of police departments are beginning to train their officers in autism awareness (Koh, 2017). Coming “late to the table,” albeit finally, the medical profession is beginning to prepare health care professionals to treat their ASD patients more appropriately, effectively, and fairly.

Starting in 2002, the Surgeon General published a series of reports showing that people with disabilities routinely received sub-par treatment from physicians, and recommended training health-care providers as a goal for the nation (U.S. Department of Health and Human Services, 2002). The reports made a critical distinction: Treating disability itself is not the issue. What is lacking is an understanding of how to interact with patients who live with disability; to understand their individual needs and potential; to treat basic medical needs in light of a patient’s unique disability. Does the doctor recognize that a patient on the autism spectrum is likely to be hyper-sensitive to things like florescent lighting in an examination room, or to the cacophony of voices in a crowded medical facility? Is the physician prepared to make accommodations that will support a patient with these needs?

Following the Surgeon General’s reports, health care policy-makers realized that a nation-wide program to educate practicing physicians would be extremely difficult to mandate. On the other hand, a focus on medical education would be far more easily organized, controlled, and likely to produce lasting effects (American Medical Association, 2017). Even so, only a handful of America’s 175 accredited medical schools (AAMC, 2018; AACOM, 2018) have introduced disabilities training for their students (Long-Bellil, 2007; Conill, 2008; Graham, 2009; Davidson, 2016). For example, Linda Long-Bellil et al. (2011) reported on seven schools that use “standardized patients,” or actors trained to impersonate patients, as surrogates for patients with autism and other disabilities. Rick Rader, the physician who developed one of these early initiatives at the University of Tennessee College of Medicine Chattanooga, described the intent of its standardized patient program:

We want the next generation of physicians to appreciate the fact that individuals with developmental disabilities also get the flu, earaches, sprained wrists, and cancer. They need to be treated with the same respect, dignity, and thoroughness as the other patients in the waiting room. With patient surrogates…we’re hoping we can help doctors to not only care for these [individuals], but also to care about them (Rader, 1995, p. 38).

Taken as a whole, the goals of these early programs were “(1) To increase [medical] students’ comfort with patients who have multiple disabilities; (2) To develop students’ skills in communicating with nonverbal patients; and (3) To help students dissociate patients’ disabilities from their capacity to be good sources of information and partners in the care process” (Long-Bellil, 2011, p. 1165).

This last point may be the most crucial. It has the potential to open an entirely new paradigm for approaching all patients, not just those with developmental disabilities. In his classic study, An Anthropologist on Mars (1995), the neurologist Oliver Sacks described this new perspective on patients:

Nature’s imagination . . . is richer than ours. . . [disabilities] can play a paradoxical role, by bringing out latent powers, developments, evolutions, forms of life that might never be seen, or even be imaginable, in their absence. It is the paradox of disease, in this sense, [that is] its “creative” potential (p. xvi).

As medical schools prepare a new generation of doctors to treat patients with disabilities, they are transforming the way future physicians will care for all their patients. By improving medical care for some, they will eventually improve healthcare for everyone.

In April, 2017, the American Medical Association’s Reference Committee issued a resolution calling for all “medical schools to develop and implement curriculum on the care and treatment of people with developmental disabilities” (American Medical Association, 2017). On Long Island, this is happening at the New York Institute of Technology College of Osteopathic Medicine (NYITCOM). In November, 2017, it collaborated with the Interagency Council of Long Island, and the Long Island Technical Assistance Team (RTAT) to present a full-day workshop that introduced more than 300 medical students and faculty to the field of healthcare for people with disabilities. This will become a template for future curricula focused on fulfilling the AMA mandate.

To support new curricula, medical schools will need to employ a new generation of teaching resources that will specifically focus on training healthcare students to interact with developmentally disabled patients. An example of this new genre comes from Anita Lesko who, at the age of fifty, received a diagnosis of autism spectrum disorder. As a highly successful Certified Registered Nurse Anesthetist (CRNA), she decided to expand her career from medical professional to passionate ASD advocate. After decades working with doctors and patients, she knew what the medical profession needed: A primer on autism, aimed directly at healthcare providers, and written by someone who lived in both worlds. Nothing like this was available. Her book, The Complete Guide to Autism Healthcare: Advice for Medical Professionals and People on the Spectrum (Lesko, 2017), was the outcome. In a field that has produced hundreds of outstanding publications, this one stands as the first of its kind.

It is a call to her colleagues to learn a new approach to patients, one tailored specifically toward people with autism. “Diabetes, cardiovascular issues, and pulmonary diseases,” she writes, “are all part of what’s taught to health care providers. So too must be autism” (p. 134).

The 22 chapters cover the full complement of medical services: office examinations, emergency room visits, surgery, anesthesia. Each one includes dozens of small changes that, taken together, would produce a radical new way of delivering care to ASD patients. For example, Lesko has designed a physician’s “Autism Care Questionnaire” to be used as part of a standard inpatient admissions protocol.

One of her most telling comments brings Oliver Sacks’ grand vision down to the physician’s examination room: “quite surely the rest of your patients would appreciate the same details [that ASD patients should receive] (p. 103) . . . the other non-autistic patients will surely enjoy the spa-like ambiance of an ASD environment” (p. 122). The changes Lesko calls for would lead to dramatic improvement, not just for people on the spectrum, but in doctor-patient relationships for everyone. It’s classic example of win-win synergy.

It also shows that the moral universe can, indeed, bend toward justice.

John Kappenberg, Ed.D., is Associate Professor and Director of Mentoring and Professional Development at NYIT College of Osteopathic Medicine (NYITCOM) and consultant for educational leadership and video production. During his fifty-year career in education he has been Assistant Superintendent for the Sewanhaka Central High School District, Director of School Leadership at New York Institute of Technology, and Chair of Medical Education at NYITCOM. He is co-author, with Dolores Burton, Ed.D., of The Complete Guide to RTI: An Implementation Toolkit and Mathematics, the Common Core, and RTI: An Integrated Approach to Teaching in Today’s Classrooms.

Conill A. (2008). Living with disability: A proposal for medical education. Journal of the American Medical Association (JAMA). 79:83.

Lesko, A. (2017). The Complete Guide to Autism Healthcare: Advice for Medical Professionals and People on the Spectrum. Arlington, TX: Future Horizons, Inc.

U.S. Department of Health and Human Services (2002). Closing the Gap: A National Blueprint to Improve the Health of Persons With Mental Retardation: Report of the Surgeon General’s Conference on Health Disparities and Mental Retardation. Retrieved from http://www.nichd.nih.gov/publications/pubs/closingthegap

The Art and Science of Treating Depression in Autism