Catatonia is a distinct cluster of mood, motor, vocal and affective disorders once thought to be solely a specifier for various psychotic and mood disorders. It is now recognized in the Diagnostic and Statistical Manual of Mental Disorders (5th edition; DSM-5; American Psychiatric Association, 2013) as an associated feature of autism spectrum disorder (ASD). Unfortunately, the pervasive lack of awareness of this condition leads to misdiagnosis or a failure to diagnose the syndrome at all. Those responsible for the care of individuals with ASD who develop catatonia may erroneously assume that the individual is engaging in these behaviors “on purpose” (Shah & Wing, 2006). Increases in catatonia research in ASD have resulted in the emergence of promising treatment interventions depending on the severity level of the symptoms (Dhossche, 2014). It is critical to note that if the condition is not properly treated, it is likely to become chronic, and an exacerbation and worsening of symptoms will occur. 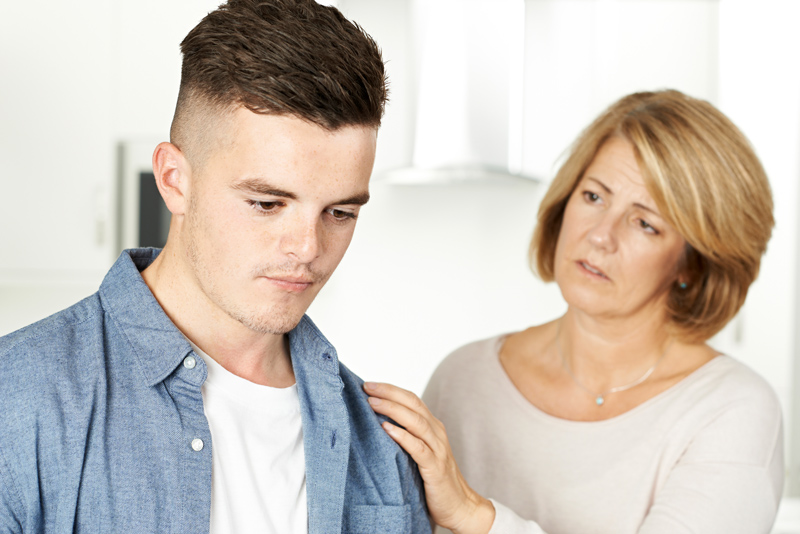 What Does Catatonia Look Like Among Individuals with ASD?

Catatonia in ASD typically occurs between the ages of 15 and 20 with the average age about 18 years; however, a few cases have been reported outside the typical age range. Research conducted by various medical and psychological professionals indicates an increase in recognition of pediatric catatonia (Dhossche, 2014). A limited number of studies suggest catatonia occurs in approximately 12-18% of adolescents and young adults with ASD although many researchers believe this number may be higher (Shah, 2016). 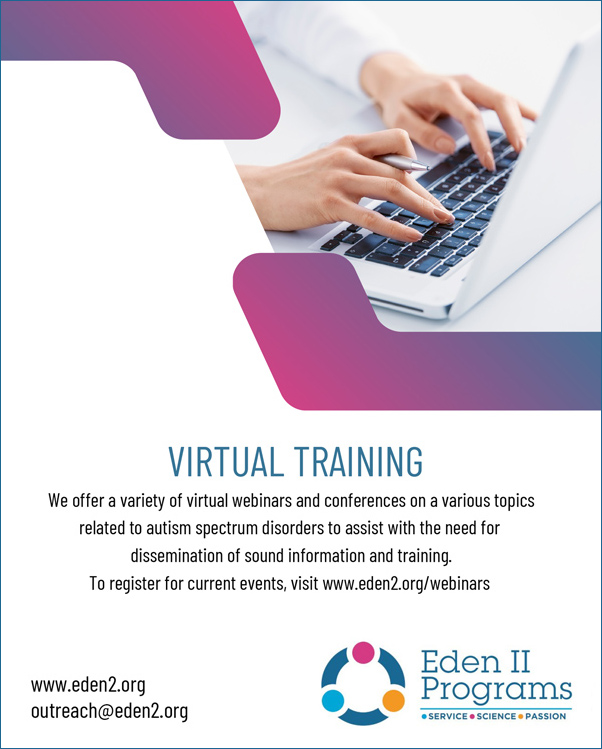 Catatonia in ASD may present as mild, moderate, or severe, with symptoms fluctuating from day to day (Shah & Wing 2006). In its most severe form, the stability of the individual’s autonomic system is affected, potentially impacting heart rate, blood pressure, body temperature, digestion, metabolism (thus affecting body weight), urination and defecation (individuals become incontinent), breathing and swallowing. Total immobility is also a possibility, with reliance on others for all previously mastered self-help skills and activities of daily living. Individuals demonstrating some verbal skills prior to the emergence of catatonia may become mute. The individual is at risk to lose a substantial amount of weight and experience dehydration due to decreased food and fluid intake. This severe presentation of catatonia-like deterioration in ASD necessitates hospitalization as the individual is at significant risk for serious medical morbidity and mortality (Shah & Wing, 2006).

Individuals with ASD who develop moderate catatonia present with limited mobility and a decrease in speech-language and communication skills, self-help skills, and activities of daily living. These individuals exhibit extreme slowness in the ability to initiate, continue and complete a task. The autonomic system may or may not be affected to some degree. The mild presentation is similar to the moderate form but presents as less severe and does not involve the autonomic system (Downey & McDonald, 2019).

Children with ASD may exhibit precursor catatonia-like behaviors years before it develops; however, these are usually reported in hindsight. The precursors include social passivity, a history of slowed movement, and slowness to initiate and respond. While the presence of these characteristics does not in and of itself predict a future comorbid diagnosis of catatonia, they are “red flags” necessitating increased observation and ongoing assessment. Because the development of catatonia is a slow deterioration of the individual’s abilities, it behooves clinicians who are knowledgeable in early signs of catatonia-like symptoms to conduct a clinical observation and screening. These early steps will help guide intervention and appropriate referrals as soon as possible to reduce the potential exacerbation of catatonic symptoms (DeJong et al., 2014). An initial assessment is critical to ascertain the degree to which the catatonia-like deterioration has interfered with the individual’s everyday life, considering the impact on areas such as speech and communication, mobility, self-help skills, activities of daily living, leisure skills, and work or school (Downey & McDonald, 2019).

How is Catatonia Diagnosed?

Characteristics of catatonia and ASD have some overlap in symptoms, such as repetitive behaviors, reliance on prompting, and seemingly purposeless agitation, which may lead to misdiagnosis or a failure to diagnose the condition. Two key factors when making a diagnosis are the emergence of new symptoms and/or a change in the type and pattern of premorbid functioning (Ghaziuddin, Quinlan, & Ghaziuddin, 2005). For example, reliance on prompting may significantly increase while the ability to execute previously mastered tasks, such as dressing oneself or completing a meal within a reasonable amount of time, significantly decreases. Essential components of evaluation include clinical observation and the use of standardized and non-standardized assessments including the Bush Francis Catatonia Screening Instrument (BFSI, 1996), a sub-test of the Bush, Fink, Petrides, Dowling, & Francis Rating Scale (BFCRS, 1996) by medical professionals and clinicians knowledgeable in the manifestations of catatonia in ASD. The Shah and Wing (2006) “blueprint for the assessment of catatonia in ASD” may also be helpful in diagnosing the condition. The clinician must consider the entirety of the person’s history including parent, teacher and physician interviews, videos, and data. Evaluation of changes across many different areas, such as weight loss resulting from eating and/or drinking difficulties, toileting accidents, slowness and other abnormalities in motor movement, increased prompt dependency, reduction or loss of speech, and catatonia-like excitement (occurrences of inappropriate behavior, and behavior that is not within the individual’s control) (Shah & Wing, 2006).

The “lorazepam challenge test” may be used to diagnose catatonia, particularly in individuals exhibiting the more severe form (Dhossche, 2014; Sienaert, Dhossche, Vancampfort, De Hert, & Gazdag, 2014). An individual suspected of having catatonia is administered one or two milligrams of lorazepam intravenously or intramuscularly. The test should be conducted when a diagnosis of catatonia is suspected (Sharma, Jena, Sharma, & Agrawal, 2014). A positive response to the test, which is rapid resolution of all catatonic symptoms, strongly supports a diagnosis of catatonia (Sienaert et al., 2014). Similarly, zolpidem, a non-benzodiazepine, is also used to diagnose and treat catatonia when there is a lack of response to lorazepam (Sienaert et al., 2014).

Other medical conditions may play a role in the development of catatonia, including encephalitis, autoimmune diseases, biological factors, epilepsy, hormonal changes during puberty, and the use of antipsychotic medications (Dhossche, Shah, & Wing, 2006). Healthcare professionals must first rule out treatable causes when an individual with ASD demonstrates catatonia-like symptoms. When a treatable underlying medical cause cannot be identified, appropriate methods of treatment and management are imperative (Hare & Malone, 2004).

How is Catatonia in Individuals With ASD Treated?

The evidence basis supporting the treatments for catatonia in individuals with ASD is limited but growing. Researchers, including Aspy and Grossman (2016), assert that true catatonic behaviors are motiveless and without function. However, this is not to suggest that teaching strategies and prompting techniques based in the principles of applied behavior analysis (ABA) are not of some benefit to individuals afflicted with this condition. A behavioral evaluation using functional assessment (FA) method, along with an initial assessment, are recommended to ascertain to what degree the catatonia-like deterioration has interfered with the individual’s everyday life and at what level (mild, moderate, or severe). Antecedent interventions, prompting strategies, and reinforcement may be effective components of treatment. For example, reinforcement can target adaptive behavior such as decreased time to complete a task or increased appropriate use of utensils when eating (Downey & McDonald, 2019). The BFCRS (1996) is a recommended tool to include as part of this evaluation to assess the severity level of the catatonia so appropriate methods and course of treatment can be implemented (Sienaert, et al., 2014).

Individuals with mild to moderate catatonia may benefit from the non-medical psychological approach and management principles described by Shah and Wing in 2006. The management principles provide strategies for each area potentially affected by catatonia such as incontinence, eating, drinking and swallowing, speech and communication, motor movement, and catatonia-like excitement. In addition to their “blueprint for assessment of catatonia in ASD,” Shah and Wing also developed a” blueprint for the treatment of catatonia in ASD” for all severity levels (Downey & McDonald, 2019).

Bilateral Electroconvulsive therapy (ECT) may be administered to individuals demonstrating the more severe form of catatonia-like deterioration who do not respond to the psychological approach and management principles or psychopharmacological treatment (Sienaert et al., 2014). Research to date indicates more effective alleviation of catatonic symptoms when administering bilateral ECT and/or high doses of lorazepam as compared to other approaches and should be strongly considered when treating the severe form of catatonia in ASD as this severe form can be fatal. In some cases, symptoms of catatonia remain after treatment. In other cases, patients only experience partial response to treatment; that is, some symptoms are eradicated and some remain, or symptoms are somewhat alleviated, but not to baseline (pre-catatonia) levels. A systematic review of interventions by DeJong et al. (2014) found that decreased frequency of bilateral ECT and/or dosages of lorazepam following initial successful treatment often results in recurrence of some catatonic symptoms. Dhossche (2014) notes that in some cases maintenance bilateral ECT may be critical to reduce the recurrence of catatonic symptoms (Wachtel, Hermida & Dhossche, 2010).

The DeJong et al. (2014) review determined the current body of research is promising but indicates caution should be exercised when making recommendations for treatment. They strongly suggest the need for more robust, controlled, high quality studies to further determine the safety and effectiveness of these treatments. Dhossche (2014) concurs that there is a need for the treatments to be gauged further as research increases but asserts that these treatments are the best recommendations available at this time, based on current clinical research to attain positive outcomes.

An increased awareness of the potential development of catatonia-like deterioration in individuals with ASD by those involved in their care and education helps ensure appropriate assessment, treatment and/or appropriate referrals at the onset of the condition. When left untreated or improperly treated, the disorder can become chronic or develop into its most severe presentation (Downey & McDonald, 2019). Knowledge gleaned by parents, medical professionals, special educators, clinicians, and all those caring for and working with individuals with ASD will decrease the likelihood that this debilitating condition will continue to remain “hidden in plain sight” (Aspy & Grossman, 2015-16). 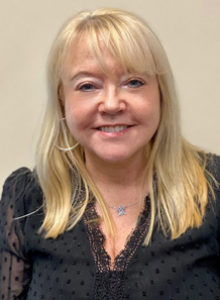 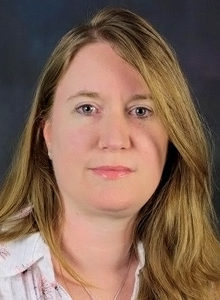 Shah, A. (2016). Catatonia and catatonia-type breakdown in autism. Retrieved from: https://network.autism.org.uk/good-practice/evidence-base/catatonia-and-catatonia-type-breakdown-autism.