What Happens When One Twin Has Autism

When my twins were born prematurely on December 26th, 1990, nobody talked about autism. There was no internet and autism support groups did not yet exist. Caring for two premature babies was overwhelming enough, but the dawning recognition that our daughter Samantha was not developing at anything like the same rate as her twin brother was both terrifying and heartbreaking.

When we learned that Samantha had pervasive developmental delays, later recognized as a form of autism, it seemed like a doomsday diagnosis. But we were fortunate to discover our daughter’s challenges very early, thanks to the differences between her and her neurotypical twin brother. Matthew spoke early, asked questions and acted hungry to engage with the world. In contrast, Samantha spoke much later, rocked, stared into space, failed to answer to her name and seemed mostly disconnected from the world. 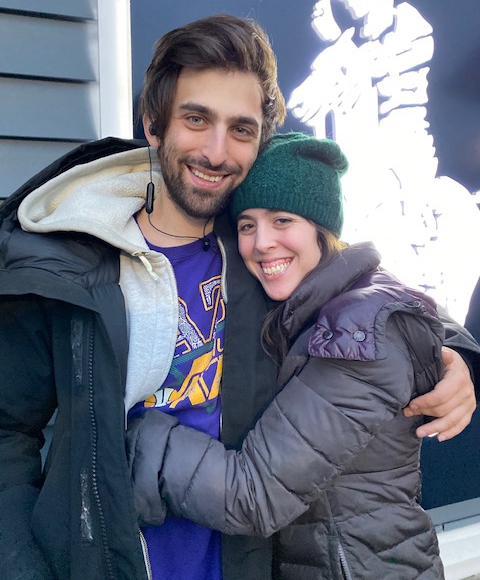 Although parents aren’t supposed to compare their children, it was impossible not to notice the glaring differences between our twins’ behavior. When premature babies reach developmental milestones and “catch up” to full-term babies, parents are thrilled and relieved. However, for us, watching Matthew grow and explore the world was bittersweet because we also saw Samantha fall further and further behind.

When our daughter was only 8 months old, we were already reaching out to experts for help, much sooner than if she didn’t have a neurotypical twin brother. Four months after beginning our autism journey, we finally got an appointment to see the renowned child psychiatrist Dr. Stanley Greenspan. Greenspan convinced us that early intervention was essential for our daughter’s success. In addition to recommending speech, occupational and play therapy (floor time), Dr. Greenspan believed that Samantha would benefit greatly from having a neurotypical brother as a role model.

Sadly, it was almost impossible for Matt to interact successfully with his twin sister, although he tried his absolute best. When he initiated play with Samantha in the bathtub by splashing her, she cried instead of splashing back. Simple conversation between the twins was close to impossible because our son was so far ahead verbally. One short-lived success occurred when Samantha decided she wanted her brother’s penis and chased him around the house while Matt teased her, waving a towel like a matador with a charging bull.

Although Matt and Samantha started together in the same pre-school, it became clear by the second year that our daughter was struggling. She couldn’t follow simple directions and put her coat in her cubby. Matt tried to help her with these tasks to prevent her from melting down, but that just made Samantha angrier. From the moment we brought our daughter home from the hospital, she wanted to act independently and hated people helping her.

Lying on her stomach in her crib, Samantha was too weak to turn her head – even though she turned purple trying. Worried that she might suffocate, I gently nudged her face the extra few inches sideways. Samantha immediately struggled to turn her head in the opposite direction, crying in fury. Without yet hearing the words, I still knew she was saying: “I want to do it myself.” That would become her battle cry throughout her childhood, as well as a source of embarrassment and frustration to her brother. 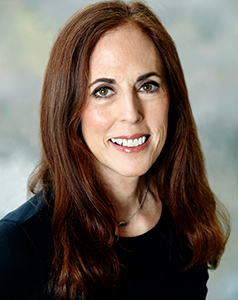 In addition, Samantha became increasingly envious of Matt’s ability to dress himself and accomplish age-appropriate tasks independently. Despite lacking the motor skills to put on her clothes, Samantha lashed out at her brother and anyone else who tried to help her. It took three people to gently wrestle her into her clothing and get her to the school bus on time. Half the time, she would rip off her clothes in frustration and we’d have to start again.

At age 5, Samantha started at The Parkside School for language impaired children while Matt continued in mainstream schools. Her meltdowns embarrassed him, and each of them needed to grow and develop at their own pace. After school, I would take Samantha to a variety of therapy sessions, while Matt went on play dates with the babysitter.

Over the years, I kept hoping and encouraging our twins to bond. They were always affectionate toward each other, but otherwise avoided any extended interaction. Sadly, most of their interactions were negative. They were endlessly jealous of each other. Samantha envied her brother because everything that came easily to him was difficult for her: making friends, playing games and schoolwork. Matt was jealous of Samantha because she demanded so much of my attention. Samantha outdid her brother in one crucial area: she screamed louder and longer.

On the positive side, we did create love and family solidarity, although not what I imagine to be the normal, intimate bonding of twins. As a young child, Samantha always cheered for her brother at his sporting events. She laughed at his stand-up comedy when they became young adults. For his part, Matt attended and applauded every one of his twin sister’s theater and singing performances, from the most awful production of The Crucible to Samantha’s shining moments co-starring in the short and full-length feature film, Keep the Change. Despite all of their childhood rivalry and resentment, they never missed sharing each other’s best moments. From birth to adulthood, they have enjoyed sharing birthday celebrations – especially their B’nai Mitzvah at age 13. Their December birthday enabled us to enjoy many celebrations over Christmas holidays in tropical islands.

As a parent, it also brings me much joy that my two very-different children are both warm and affectionate with each other, as well as with their parents. Happily, Samantha defied the negative autistic stereotype of being aloof and allergic to touch. In spite of – or perhaps because of – her autism, our daughter has grown up to be a social butterfly. She loves to exchange hugs with friends and family. Luckily, my twins have a sense of humor (different from each other, of course) and enjoy laughing at their parents together. We love that!

At autism conferences over the years, I’ve always envied the siblings and twins with closer and more loving relationships. In these cases, the young man has always been autistic, and his sister (or twin) neurotypical. Typically, the young woman is her brother’s advocate and protector.

But maybe it’s not too late for my twins. As Matt and Samantha have matured, they have slowly grown closer, although they still rarely converse. My twins are now 29, both in the movie business. Matt is a scriptwriter living in Los Angeles, and it’s not a coincidence that he volunteers at The Miracle Project, a theater group for young adults on the spectrum. Samantha is an actress and singer who lives with us in New York City.

My fantasy is that one day Matt will write a movie script that includes his sister. After so many years of watching my son cringe with embarrassment when we introduced Samantha as his twin sister, he is finally proud of her. When someone he knew in the film business who’d seen Keep the Change praised Samantha’s performance, he remarked: “That’s my TWIN sister!”

Marguerite Elisofon lives in New York City and blogs about disability issues for The Never-Empty Nest and The Good Men Project. Her website is: www.MargueriteElisofon.com. Contact: mkelisofon@gmail.com Twitter: MargueriteNEN