With more and more people with ASD becoming adults, enrollment in higher education is also increasing for this population. Science, technology, engineering, and math majors are popular with students with ASD but what about education? An undergraduate education major with ASD was interviewed about his abilities, inabilities, and how they have affected and could affect his future career. 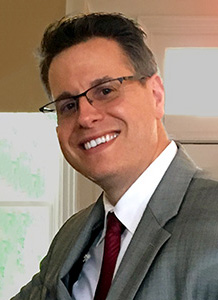 Autism spectrum disorder (ASD) currently includes the disorders formerly known as pervasive developmental disorder not otherwise specified (PDD-NOS), childhood disintegrative disorder, and Asperger’s (American Psychiatric Association, 2013). There previously existed independent diagnostic criteria for each of the aforementioned pervasive developmental disorders, generally grouped under the “autism umbrella.” Asperger’s criteria differed from PDD-NOS and PDD-NOS differed from autism, etc. (American Psychiatric Association, 1994). In other words, someone could receive a diagnosis for ASD today that may have been PDD-NOS before the change in diagnostic criteria. With the new diagnostic criteria established in 2013, these disabilities were consolidated under autism spectrum disorder.

Characteristics vary in ASD but include deficits in social communication, deficits in social interaction, stereotyped or repetitive movements, insistence on sameness, and highly restricted and fixated interests (American Psychiatric Association, 2013). While some behaviors are treatable with proper educational and therapeutic supports, they will likely continue into adult life.

Over 500,000 children with ASD will be becoming adults in this decade (Buescher, Cidav, Knapp, & Mandell, 2014). Of that number, more than 200,000 will enroll in institutions of higher learning (National Center for Education Research, 2011) or approximately 15,000 students per year (Autism Speaks, 2017). Those students with ASD enrolling in colleges are more likely to choose science, technology, engineering, or mathematics (STEM) majors (Wei, Yu, Shattuck, McCracken, & Blackorby, 2013). With that large number enrolling in institutions of higher learning, do students with ASD pursue careers as teachers? While there are blogs from teachers with ASD (E, 2013; Wylam, 2018) there currently exist little data/information from those students training to be teachers.

Harry (name has been changed) is enrolled in an undergraduate teacher preparation with a dual major in special education and secondary (math) education. Because of his state’s requirements at the time of his enrollment, all special education undergraduate majors were required to be dual majors in both special education and elementary or secondary education. He has a diagnosis of Asperger’s and PDD-NOS and disclosed this to his peers and faculty. He completed his coursework, several semesters in the field, and was preparing for his final semester of student teaching. Considering that Harry was one semester away from no longer receiving services, but providing them as a special education teacher, the interviewer sought his input to a few questions. The interviewer was a faculty member who had Harry for several classes, both face-to-face and online.

The following interview was conducted via phone on January 10, 2020:

What characteristics of ASD do you display or have been told that you display?

HARRY: There are a couple of definite ones but there are times when I talk with people and they are surprised that I don’t display all the “stereotypical” ones. Throughout school, I have had difficulty with social skills but they improved drastically in 6th – 7th grade after several years of social skills instruction. Still, I had trouble working with people. It’s difficult for me to understand because I believe I’m working well with others and, maybe, I’m not. My social skills deficits affected my academics. If I felt that I couldn’t work with others, it was such a distraction academically.

I had a lot of difficulty having successful peer interactions and making friends. My peers viewed me with a stigma that I couldn’t overcome even when my social skills improved during middle school. A lot of peers were not willing to talk with me because I was known as the “kid who would kick people to make friends.” I was labeled with a stigma and it wasn’t until college when I was able to make friends because my new peers didn’t know my history. I don’t think it was a change in my social skills from middle school to college but more that I had no known stigma to discourage others from socializing with me.

I’ve had fixations and focus on things that I like and can engage in them for long periods of time. I don’t get bored with them. While I don’t have huge issues with transitions, I usually prefer doing one thing for a long period of time, as opposed to doing something for 10-20 minutes and doing something else.

I did hum a lot. I would hum all the time to different music and thought that I was doing it in my head, but it was coming out a lot of the time. I think that I ‘outgrew’ that and haven’t really done that since middle school. I have some ‘tic’ behaviors. I always feel that I need to adjust my hair and continue to do that. I’ve done a lot of finger biting in the past and would lick my lips all the time. Fortunately, I’ve stopped doing that because my lips became incredibly chapped. They were able to help me stop doing that when I was younger.

Who were “they” and how did they do it?

HARRY: I don’t really remember. I still have some of my school documentation but was unable to locate that. It was a long time ago and there was a lot of paperwork.

I was diagnosed with PDD-NOS and Asperger’s in the 2nd grade after I had a seizure. I was having seizures and the neurologist stated that I was OK but mentioned that I displayed ASD-related behaviors. So, he diagnosed and helped me for a long while.

Did you receive an IEP (Individualized Education Plan)?

HARRY: I received my IEP in the 2nd or 3rd grade. I had an IEP until the end of 8th grade when I got a Section 504 Plan and had that throughout high school.

Part of your teacher preparation program is that you are in classrooms teaching, which you did this past semester. Do the characteristics that you identified affect your teaching?

HARRY: I don’t think about my social skills while I’m teaching, but I may not be able to catch on to social cues in the classroom. I could be doing something and the students might be giving cues to which I am unable to respond. That happened in my recent placement but not as much with the students but with other teachers. It was not my cooperating (special education) teacher but other general education teachers with whom we were working. I had some miscommunications with them and they became frustrated with me. I didn’t realize this until my cooperating teacher told me, which was very helpful. It worries me for my future and I need to find a way to let my future colleagues know that I may not successfully communicate what I really intend. I think I want to self-identify my disability to my future colleagues so they don’t misinterpret my meanings. I’m aware of this.

Do you plan on identifying within-school and/or outside-of-school resources to help you accommodate your classroom?

HARRY: I’ve made a list throughout college of academic and disability supports, so I have resources for both my future students and me.

Do you plan to share your ASD diagnosis with your students? What do you hope to accomplish if you do?

HARRY: I’m not sure and would have to consider the pros and cons. I think if I told them, some may think of stereotypical ASD and am not sure how helpful that would be. I may tell them that they have to be explicit with their communication with me. Thinking about it, I’m leaning towards not disclosing my disability but sharing my communicative needs. With my colleagues, however, I will disclose my disability and beneficial accommodations.

Did you disclose to your university?

HARRY: Yes, and I was provided with the accommodations of extended test time and having a note taker.

Did the faculty support your needs related to your accommodations?

HARRY: Overall, very well, yes. There was only one professor that refused to provide extended test times. The university’s disability-support office spoke with this professor, but s/he refused to provide that documented accommodation. I had to withdraw from the course.

What was the educational setting for your most recent student teaching placement?

HARRY: It was an ASD support classroom.

HARRY: I believe that I did do a little better in an ASD setting because I naturally understood some of the students’ needs. It may not have been as easy for the teacher, who did not have a diagnosis of ASD, to empathize. It might have given me a little bit of an advantage but don’t think it would have been incredibly different in a different special education setting. I don’t know for sure.

I’ve been in different special education settings (life skills) in the past and didn’t feel as intuitive to the students’ needs. However, I personally went through some of the same trials as the students I taught in my ASD classroom and was able to anticipate and help them achieve success. I think my diagnosis helped a little, but it wasn’t the sole reason why I did well in my ASD placement.

What advice/recommendations would you have for students with ASD aspiring to be teachers?

HARRY: You need to be incredibly aware of your deficits. Social skills were my issue, not having difficulties in other areas. I know that I, sometimes, have trouble working with people. So, I really try to work on that and make others aware of my difficulties. It will depend in what area(s) the teaching candidate has difficulties. In general, they should be aware of where these struggles may be and where they could occur before any issues occur. For me, I try to improve these areas and try not to make the same mistakes again.

I think it’s an interesting view having ASD and going into special education. I pursued this field purely because of the experiences that I had. It wasn’t all bad, it wasn’t all good, but it made me want to help people similar to me. I understand what they may have went through and it’s been my motivation. There were times when people have understood and helped me and times when they didn’t understand me and led to a lot more problems.

Christopher Bloh has declared no conflict of interest. This research received no specific grant from any funding agency in the public, not-for-profit, and/or commercial sectors. He has approved this manuscript for submission. This manuscript has been submitted solely to Autism Spectrum News and has not been published, in press, or being considered elsewhere.

E (2013, January). You can’t be autistic—you’re such a good teacher. The Third Glance. Retrieved January 10, 2020 from thethirdglance.wordpress.com/2013/07/12/but-you-cant-be-autistic-youre-such-a-good-teacher/

National Center for Education Research (2011). The post-high school outcomes for young adults with disabilities up to 6 years after high school: Key findings from the National Longitudinal Transition Study-2 (NLTS2). Retrieved January 10, 2020 from https://ies.ed.gov/ncser/pubs/20113004/pdf/20113004.pdf

You want what’s best for your child with autism, but you’re not a teacher or a speech and language pathologist. How do you get the school’s special education team to […]

When conflict arises in an educational setting, there are multiple ways to resolve it. Some are small and easily resolved but may potentially lead to bigger conflicts and issues. Sometimes […]

“Putting Me in My IEP”: Encouraging Self-Advocacy in Younger Students

I currently run New York University’s (NYU) Connections Program for Global Students with Autism. But I’m relatively new to higher education. I have a much longer history as a consultant, […]

An Exploration of Why Autistic Adults Are Practicing Consensual Non-Monogamy

Autistic people are more likely to report difficulty making and sustaining relationships,1-3 leading to assumptions that they aren’t drawn to socializing, but we now know that autistic people desire and […]