What My Autism Has Taught Me About Dating and Relationships

I was diagnosed as autistic in my late forties, after a counsellor first suggested I might be autistic. Discovering I am autistic has helped me make sense of almost every aspect of my life, including my long-running unsatisfactory history of dating and relationships, up until the point I met my husband. My entry onto the relationship scene started when I was seventeen when I met Gary, a 24-year-old man who was the object of my affections. My obsession with Gary transcended all my previous obsessions (namely dogs and U2). I had no interest in anything or anyone else and skipped any classes he wasn’t in so that I could spend time with him. Never great at regulating my emotions, I felt sick in his company and would blush so deeply my skin would develop unpleasant welts which looked like someone had taken a blunt instrument and scored it all over my neck and chest. Despite this, and despite the fact I had no inkling of his feelings, Gary liked me too.

After he manufactured a situation where we were both sitting side by side on his bed, he put his arm around me. I felt shockwaves go through my entire body, and not in a good way. My head felt like it was going to burst and I thought I was going to vomit. “I’m not comfortable,” I told him, whilst remaining stock still and looking straight ahead. He apologised and muttered something about picking up the wrong signals. I didn’t try and correct him. There were no words to describe the depth of longing, and overwhelm, and feelings which were so huge they were unmanageable. There was no way to tell him how much I wanted to be touched, but that it had come as a shock I wasn’t prepared for and it felt too strange for me to process. Instead, we sat in an awkward silence for an hour before I found an excuse to leave.

Gary persisted, and after a few weeks of handholding and lying side by side on top of his bed, we got together properly.

I never got any better at reading, or responding to, signals from would-be partners and my crushes never got less intense. I didn’t understand how my friends could fancy several people at a time; I only ever had one romantic obsession at a time which was so all-encompassing there was no room to like anyone else. It was rare that whoever I had a crush on had the faintest idea I fancied them.

What impact did all this have? Well, firstly it prevented some potential relationships from ever coming to fruition. In some cases, men I’d been secretly in love with told me, years after, that I’d come across as abrasive and a bit scary, which had put them off. In other cases, it meant I settled for being with people for whom my feelings were manageable; those who I wasn’t obsessed with. In one case, I ended up in a relationship for five years with someone, mainly because it was easy and I wasn’t desperately in love with him.

In addition to the overwhelm and obsession I felt for people I liked, I had to deal with an inability to cope with anything approaching a pressured social environment. More formal “dates,” arranged through dating apps, were a disaster. It must have been impossible for the person on the other side to marry up the shy and awkward person in front of them with the witty and articulate written version of me. To get through the dates, I generally ended up drinking very heavily, which never ended well.

At the age of 35, as the single mother of an 8-year-old boy (fathered by the man I’d “settled for”), I’d given up the dating scene. With the exception of a few one- or two-night stands, I’d been single for eight years. In addition to being unable to cope with dating, or picking up on signals, my self-esteem was shot. I’d recently left the academic job of my dreams due to the fact I couldn’t cope with departmental politics. My social life consisted of seeing mums at the school gates; and having no idea how to communicate within the mums’ world of kiddie conversations which was alien to me.

So, when Bryan – who was temporarily staying at my next-door neighbours’ (his parents’) house – turned up at my door at half-two in the morning and told me he fancied me, I was more than happy to invite him in. I can see why a lot of people wouldn’t see that as a great move, but his approach was perfect for me. We carried on what I guess many people would call a “booty call” type of relationship for a couple of years, despite the fact that I was completely obsessed with him and pined for him when he moved to a different part of the country. I kept my feelings deeply hidden. And I liked the fact that I had someone I liked, who I could have sex with, without the hassle of getting ready for, or going to the pub or having to thinking of witty conversation.

Bryan and I have now been together properly for thirteen years, in addition to the early casual days. I panicked to the point of nearly not turning up during our first coffee date. Despite the fact we’d been sleeping together for years, I struggled with the conversation as much as I had on any blind date of the past. Luckily, we knew enough about each other to make it a little more bearable.

I know that my less-than-auspicious start to my relationship with Bryan wouldn’t be appealing to a lot of women, and many of my friends thought I was “missing out” or “being used.” In fact, for me (and I can only describe this from a personal perspective), our slow-burning relationship, without the pressure of dating, meeting the families, buying Christmas presents, and all the other stuff which overwhelms me, was the ideal foundation for a marriage and building a family.

What have I learned over the years? Firstly, sometimes autistic people thrive in unconventional situations and relationships; it might look odd to other people, but if it works you then it’s fine. Secondly, I’m never going to come across well in a formal social dating situation; I need to meet people in different social contexts. Thirdly, I experience things very intensely; trying to ignore those feelings means I miss out. Finally, I know myself better than anyone else does, including my limitations when it comes to relationships. I know that, if anything were, God forbid, to happen to Bryan I would stay single; it’s been so tough meeting the right person and creating a life which accommodates both our needs that I wouldn’t go through that again! 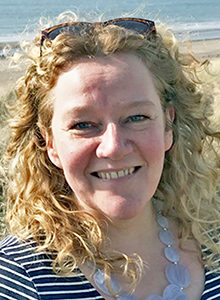 Claire Jack, PhD, is an autistic therapist and training provider who provides life coaching for autistic women. Claire is the author of “Women with Autism: accepting and embracing Autism Spectrum Disorder as you move towards an authentic life,” “Level 1 Autistic Teens: A solution-focused approach to parenting,” and “Raised by a Narcissist: 7 steps to healing the wounds of a toxic childhood.” For more information, visit www.drclairejack.com or email claire@academyinnermind.co.uk.