In the past few years a disturbing trend has emerged. Increasing numbers of ASD individuals are being arrested and incarcerated for internet crimes involving child pornography and inappropriate contact with minors. As a clinician who specializes in autism spectrum disorders, I have been asked by defense attorneys to evaluate these individuals and recommend appropriate treatment to the court. In the majority of cases there are issues particular to the diagnosis of Aspergers or Pervasive Developmental Disorder that contributed to these illegal behaviors. 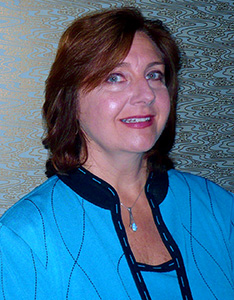 Some ASD adults have lifelong struggles with a lack of social awareness and understanding which has resulted in isolation and at times inappropriate behavior. In my court evaluations it is often apparent that the adults have little sex education and do not understand how to have a normal sexual or intimate relationship with another person. In individuals with autism spectrum disorders, their social naiveté and ineffective communication can lead to inappropriate behaviors that may be interpreted as stalking or unwelcome sexual advances (Debbaudt, 2004). In his article Generic Treatment – Sex Offenders are not all Created Equal, Dr. Richard Dowell states that many ASD males are “unable to engage peers in social (or sexual) relationships and as a result tend to drop down” to younger individuals. As a result of the isolated way in which many ASD individuals explore their sexuality (and their lack of sexual education), they may begin communicating with younger kids online, and began looking at sexually explicit pictures of young girls or boys. Dr. Henault (2005) has said that many adult ASD individuals are drawn to younger people because they feel that age emotionally. It is also the case that some ASD individuals, due to their lack of social understanding and sexual instruction, are unaware of what constitutes child pornography and deviant sexual material.

Individuals on the autism spectrum are particularly vulnerable to pornography addiction due to their obsessive compulsive tendencies, perseverative behavior and social isolation (Henault, 2005). They compulsively surf the internet and are often drawn into hard core pornography sites due to their sexual curiosity and lack of real life experience. Some individuals report that they collect pornographic images because of their novelty and a desire to understand sexual behavior. Many collectors amass large numbers of images, which can affect them negatively if prosecuted.

Some adults with ASD lack the capacity to regulate their emotions (Bolton et al., 2006). This difficulty is also evidenced in poor management of sexual arousal which, combined with poor social skills, creates sexually problematic behavior (such as fetishes). These involve the need for objects, such as underwear, for sexual arousal. Others may develop a dependency on pornography for sexual arousal and as a result become conditioned to be aroused only by atypical images such as pornographic cartoons, hentai (Japanese animated pornography), child pornography or sado-masochistic material. While this behavior does not necessarily make ASD individuals at risk for sexual offenses, it will cause more isolation and prevent development of healthy engagement with others. The only known treatment for pornography addiction is abstinence from viewing pornography for a minimum of one to three months (Carnes, 2007). This treatment also requires a reduction of homebound time and internet access, development of new interests and activities as well as support from family and friends.

It is imperative that ASD individuals understand the consequences of viewing or distributing child pornography as well as inappropriate internet chat with minors. Our current legal climate has no tolerance for such behaviors and demonstrates little leniency in sentencing. In the eyes of the law, a picture, video, photograph, film, or computer-generated image of anyone less than sixteen years constitutes child pornography and is a felony. Requesting a sexually explicit picture or video of anyone less than seventeen is considered “promoting sexual performance” and also a felony. Most offenses involving computer transmission of child pornography (distribution) have a minimum sentence of five years in prison and a maximum sentence ranging from ten to twenty years. Whenever images are downloaded from a server it usually involves “crossing a state line” and is therefore a federal offense. File sharing is particularly problematic because it is considered a distribution offense. In regard to sexual chat with minors, there are many sting operations that law enforcement has employed to catch adults who are conversing inappropriately with minors online. These conversations are turned over to a law enforcement officer who poses as the child and then leads to an arrest of the adult. As a result, the socially naïve ASD individual is at risk using the internet without a full understanding of the ramifications of certain behaviors. Parents, family members, and clinicians must educate ASD adults about the risks of inappropriate internet activities and help provide structure and monitoring to help reduce the commission of internet crimes and prevent the incarceration of those with ASD in the future.

Dr. Mary Riggs Cohen, PhD is a Licensed Psychologist at the Asperger Center for Education and Training. To learn more, visit www.aspergercenter.com. Dr. Cohen can be contacted at mc@autismsrc.org.

What Are Your Legal Entitlements Now That Your Child Has Been Diagnosed?

The Individuals with Disabilities Education Act (IDEA) is the federal law that governs the education of children with disabilities, including developmental delays. Your child with autism has the right to […]