Autistic Lived Experience: When I Learned that Helen Keller Believed in Eugenics

To say that learning about this for the first time felt like a punch in the gut is a gross understatement. Though I heard it from what I consider to be a credible source (the PBS documentary series The U.S. and the Holocaust), I nonetheless could not bring myself to believe the truth because I didn’t want to believe it. Taking this kind of a leap simply would not happen out of the gate, so I sought verification. That’s when I confirmed the shocking reality while anxiously searching online. 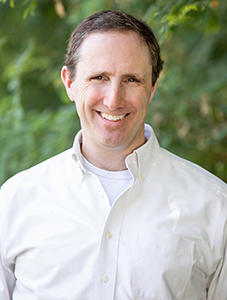 Helen Keller’s eugenics leanings are expressed in no uncertain terms in an article she wrote for The New Republic in 1915 in which she explicitly admits to supporting infanticide in the case of “a poor, misshapen, paralyzed, unthinking creature.” In her own words: “It seems to me that the simplest, wisest thing to do would be to submit cases like that of the malformed idiot baby to a jury of expert physicians…they would act only in cases of true idiocy, where there could be no hope of mental development…decide whether a man is fit to associate with his fellows, whether he is fit to live.”

Keller’s friendship with Alexander Graham Bell, the inventor of the telephone, serves as additional evidence. Bell was a leading eugenicist and his views on the subject influenced hers. As the honorary president of the Second International Congress of Eugenics, Bell pushed for the sterilization of those he considered a “defective variety of the human race,” including the deaf, for whose eradication he advocated. Furthermore, deaf people should be forbidden to intermarry for fear that they would have deaf children. Ironic, to say the least, in that Keller was both deaf and blind yet befriended him and dedicated her autobiography to him!

Unthinkable, and impossible to reconcile with what I was taught about Helen Keller before all of this surfaced. I learned while in grade school that she became deaf and blind as a result of an illness when she was less than two years old, had an exceptional teacher in Anne Sullivan from whom she learned how to read and communicate, and is a model of how one can triumph in the face of seemingly insurmountable adversity.

I was not taught, but read years later, that Keller attended and graduated from Radcliffe College, became an advocate for the disabled, devoted herself to the advancement of civil liberties and women’s suffrage, and fought for the rights of workers and African-Americans. Her induction into the National Women’s Hall of Fame and her Presidential Medal of Freedom speak to the significance of her many accomplishments.

The integration of the more popular narrative about Helen Keller with the eugenics narrative is akin to trying to force a square peg through a round hole. These sides of Keller are too contradictory for both to be representative of the same person, and yet, they are. This reality has been particularly difficult for me to process, in part because this woman has been a hero of mine, not only as one of the great advocates for the vulnerable in society, which is what I aspire to as an autistic self-advocate for the neurodiversity community, but also because I, too, have triumphed in the face of adversity, having worked hard and succeeded at earning happiness and success in spite of the stigma my community is up against. I can’t see a satisfactory resolution to my inner struggle, a conflict between two irreconcilable aspects of a woman whom I want to continue to regard as one of my heroes but whom I am not sure I can continue to view in the same light.

It has been said that Keller eventually “moved away” from eugenics. According to the book The Radical Lives of Helen Keller by Kim E. Nielsen, she had altered her views by 1938, having publicly argued for the life of a blind baby, declaring that the baby still had a chance to have “vision more precious than sight” and that the truly disabled were those who had “eyes of ignorance.” I am not convinced that she genuinely and completely left eugenics behind at that point in her life. Considering her words about the Bollinger baby in The New Republic article and her assertions about the blind baby as documented in The Radical Lives of Helen Keller, it seems as though she set aside her belief in eugenics in some cases but not in others, depending, perhaps, upon the nature of the disabilities under consideration. Furthermore, I haven’t been able to find any evidence of an outright, public repudiation of eugenics. The jury is out on this, at least in my mind, and so my inner struggle with Keller persists.

Like other autistics, I feel a need for most things in life to make sense, to be logical and explicable. As is common across our community, I have a penchant for analytical thinking as a means of helping me make sense of the world. When I analyze something about which I am passionate but without arriving at a resolution, I can’t help but continue to analyze. Letting go becomes next to impossible. Consequently, overwhelming emotions come over me. Tears have been shed. I have been ruminating on this matter for months, not knowing when I’ll stop. Many challenging questions and thoughts have surfaced:

Why does all of this matter? Though Helen Keller is long since deceased, her legacy remains popular and those who champion who she was and what she stood for should know the whole story. More importantly, heroes matter, and society needs them more than we may realize. They inspire us to move forward, to reach for higher ideals, to become better versions of ourselves. Those who I call my heroes matter enough to me such that when something about them is revealed which forces me to question how I view them, intense, prolonged emotional distress ensues. Our heroes should therefore be held to a higher standard. They should be chosen with great care.

Sam Farmer is a neurodiversity community self-advocate, writer/author, and public speaker. Diagnosed later in life as autistic, Sam shares stories of lived experiences, ideas, and insights as to how one can achieve greater happiness and success in the face of challenge and adversity. A Long Walk Down a Winding Road – Small Steps, Challenges, & Triumphs Through an Autistic Lens is his first book. Visit samfarmerauthor.com to learn more.