Autism spectrum disorder (ASD) impairs communication skills, impacting the ability to engage and interact with others. The deficits in communication skills impact classroom performance for students with ASD, since comprehension of the English language is foundational to success within the United States’ educational system. With one in 68 persons diagnosed with ASD (Data and Statistics, 2016), 42% of whom have impaired expressive and receptive language skills (Chan, Cheung, Leung, Cheung, and Cheung, n.d), a large portion of the student population is affected by this neurodevelopmental disorder. 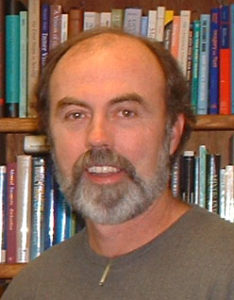 The challenges of impaired language skills aren’t limited to the educational performance. Many students with ASD also experience psychosocial problems that impact peer relationships as well as student-teacher interaction. However, language comprehension can be improved through a scientifically-based and research-validated method, offering a solution that addresses both academic and social concerns for those affected.

Language comprehension is a complex brain process involving multiple parts of the brain. The Dual Coding Theory (DCT) of cognition, researched and developed by the late Allan Paivio of the University of Western Ontario, stipulates that both visual and verbal representations of words, sentences, and paragraphs are necessary for memory and language comprehension. A person must be able to associate images with words, and vice-versa, for effective cognitive processing to take place. Albert Einstein attested to this notion saying, “If I can’t picture it, I can’t understand it.”

Only in recent years have language comprehension deficits been identified as a specific type of learning disability. Previously, the symptoms of comprehension deficits were acknowledged, such as poor recall or difficulty with expression, but the underlying cause was not. As a consequence, treatment was limited to “language only” strategies that attempted to mitigate and remediate the symptoms, instead of addressing the cause of the deficit—a deficit in being able to create mental representations (images).

All learning requires a basic foundation of language comprehension, regardless of the subject matter. Curriculum is delivered primarily through language-based media such as textbooks and oral instruction. Students exhibiting at-risk language comprehension skills are exposed more frequently under the assumption that repeated exposure will facilitate learning. However, when the brain centers do not adequately communicate, due to a weak or underdeveloped ability to generate images, no amount of repetition of content-based instruction will remedy language comprehension deficits.

Not only are students with language comprehension deficits prone to academic struggles, they also face related social and emotional challenges. They are likely to ask questions repeatedly, attempting to grasp information they do not retain or understand. Similarly, students with ASD fail to connect to the larger picture of the classroom objectives and are likely to make unrelated comments. Teachers may mistake these behaviors as intentionally disruptive and take disciplinary steps. Peers often find the behaviors offensive and distance themselves socially, resulting in alienation of the student with ASD.

The prevailing educational model requires students to demonstrate failure to access the curriculum prior to making interventions and accommodations via special education plans. Brain plasticity—the brain’s ability to modify its structure—is at its highest capacity in childhood. This indicates the necessity of intervening as soon as language comprehension deficits are identified.

The need to engage in more effective ways to address language comprehension deficits is essential given the rise in ASD diagnoses. The educational system in the United States must begin to adopt a more effective means of identifying deficits and remediating the underlying brain process, not merely treating the symptoms. Current research is opening the doors to scientifically-based and scientifically-validated interventions.

Functional activation is the foundation of such interventions. Marcel Just, of Carnegie Mellon University, and Nancy Minshew, director of the Center of Excellence in Autism Research, have identified what they call the under-connectivity hypothesis of Autism. Their hypothesis posits that the neural connections in a brain with autism are poorly connected and/or synchronized making complex tasks, such as spatial reasoning and language comprehension, more difficult for persons with ASD.

Strengthening that connection requires functional activation: cognitive exercises that electrochemically stimulate the brain’s ability to send messages to and from the areas required to code the incoming language into mental representations (imagery) and then verbally. By strengthening the conduit, information is more readily transferred, allowing images to be associated with words and vice-versa.

DCT emphasizes the need for both the mental representational and the verbal cortical areas to be stimulated for optimal language comprehension. Nanci Bell’s Visualizing and Verbalizing program is another promising intervention because it develops what she calls concept imagery as a basis for comprehension and higher order thinking. Concept imagery improves reading and listening comprehension, memory, oral vocabulary, critical thinking, and writing.

The University of Alabama at Birmingham used the Visualizing and Verbalizing program (www.lindamoodbell.com/press-releases/uab-study-on-children-with-autism-improved-reading-and-brain-activity-utilized-lindamood-bell-instruction) to conduct a study to assess the legitimacy of DCT and the neurological validity of its premises as applied to ASD students. Here are the findings:

Thirty-one students who had been diagnosed with ASD participated; 16 received instruction; 15 did not. Another 22 typically-developing students also participated as a point of comparison. The 16 students who underwent intensive instruction received four hours of instruction for five days a week for 10 weeks. Each of the students was subject to two functional MRI (fMRI) scans to document their brain function(s), at the beginning of the 10-weeks, and again at the end. The initial scans of students with ASD showed loose connectivity between the imaginal and verbal cortical centers. At the conclusion of the study, the imaginal-verbal connection showed marked improvement in those who had received the Visualizing and Verbalizing program. Those students who did not receive the instruction showed no substantive change in the connection between cortical centers (whether ASD or typically developing). Furthermore, after 10 weeks, the 16 students with ASD who received the intensive instruction showed significant improvement (16.4%) on comprehension tests whereas those who did not receive instruction had little change (2.6%).

Worth the Consideration and Effort

Both parents and educators of children with ASD aim to provide them with the best means to live a fulfilling life with meaningful relationships and the increased ability to grasp what’s happening in the world around them. When students fall behind their peers academically and socially by a year or more, rigorous and intense interventions are necessary to close the gap. Weekly appointments for 20-60 minutes simply won’t be sufficient. As students make gains in language comprehension, they become better able to manage their own learning. Students can begin to visualize what they learn and apply it to all subjects, naturally reinforcing the strengthened connection between brain centers.

While none of these symptoms alone indicates weak conceptual imagery as an underlying cause of language comprehension deficits, they do raise the flag of concern. If multiple factors are present, they give reason for further investigation or referral to a professional for evaluation.

Language comprehension deficits for children with Autism Spectrum Disorder, not to mention children who are not on the Autism spectrum, are not necessarily permanent. They can be improved through stimulating and strengthening the connection between the verbal and imaginal centers of the brain. What’s most important is to recognize the brain process that underlies language comprehension and remediate impairment with a scientifically-validated intervention. Language comprehension is foundational to learning—both social and academic—in the educational environment. With a better understanding of subject matter and social relationships, students are poised for greater success in all areas of life.

Paul Worthington is Director of Research and Development for Lindamood-Bell. For nearly 30 years, the company’s research-validated instruction has consistently changed the lives of individuals with learning challenges such as dyslexia, ADHD, and autism. In addition to their nearly 100 Learning Centers and Seasonal Learning Clinics nationally and internationally, their efforts include research collaborations with MIT, UAB, and previously with Wake Forest, and Georgetown University. For additional information, please visit www.lindamoodbell.com or call 800-300-1818.

Speech and language therapy treatment is typically viewed in two ways: pull-out versus push-in. Pull-out therapy occurs outside of the student’s classroom for an allotted amount of time, typically without […]

What NOT to Say…

It’s easy to say the wrong thing to someone, even when you have the best of intentions. Everyone has done it, and whether you realize it yourself or someone points […]

Learning to communicate using speech and language is one of the primary tasks for young children. When delays are observed in language acquisition, they are considered one of the earliest […]