Autism spectrum disorder is one that has a broad range of symptoms, but many with its diagnosis have similar “core” symptoms. Difficulties with language and communication is a shared struggle for many. Thankfully, with today’s constantly evolving technology and research, individuals with Autism are able to be taught to use spoken language if they have the cognitive capability or learn to communicate through devices and apps such as GoTalk or a Picture Exchange Communication System (PECS).

It is worth mentioning, however, that current research suggests that those initially deemed “permanently” nonverbal may have an inaccurate diagnosis. A finding in the past decade demonstrated promising data, challenging the long-time belief that children do not acquire new language after the age of 4 (Wodka et al., 2013). The study goes on to describe how children with ASD can and do learn to verbally speak as well as other children their own age with appropriate interventions. Wodka (et al., 2013) further discusses the importance in evaluation of the child’s nonverbal skills prior to the development of a language acquisition plan. There are various methods suggested to help advance language development, however, some children with Autism do not ever develop the ability to communicate using vocal verbal language. There are other methods of communication to be explored as it is of the utmost importance to all behavior professionals that children have some form of functional communication. 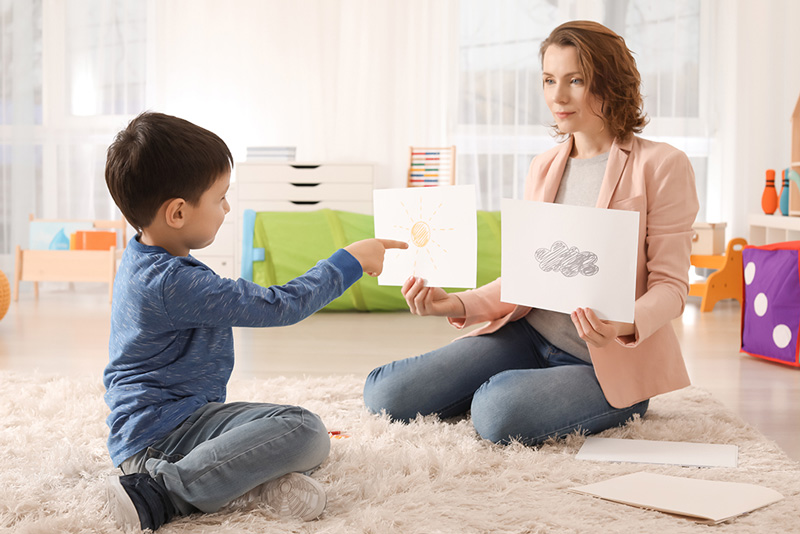 One of the most significant challenges professionals in the field face today is determining whether a child is non-verbal, preverbal, or noncommunicative (Rudy, 2022). In other words, do they have the cognitive ability to learn and use vocal language, are they simply taking longer than a typically developing peer to develop this vocal verbal communication, or are they unable to use and/or understand vocal verbal language? The below methods are often suggested for use with children who have low or no vocal verbal language skills.

Play therapy involves caregivers or therapists working with children on vocal verbal skills in their natural settings during unguided play. The concept is that the more items that are labeled and the more talking that is done between active parties gives the child further exposure and opportunities to learn vocal verbal language

Speech therapy is another popular method of language learning and building with children with ASD. The goal of a speech-language pathologist is to work with children and identify deficits in their ability to form or properly pronounce vocal words. They also work to increase muscle coordination in the jaw for proper formation and pronunciation of words

Music therapy such as MBCT, Melodic-Based Communications Therapy, or AMMT, the Auditory-Motor Mapping Training have proven concepts regarding their approach to teach vocal verbal language to children with Autism (Sandiford, et al., 2012). The AMMT incorporates music and rhythm to teach children vocal language while the MBCT differs slightly in that it uses a standard tone for each target word (Sandiford et al., 2012).

Pivotal Response Training, or PRT, has proven its ability to teach children with Autism spoken language. Research demonstrates the efficacy of PRT to increase speech imitation, labeling, spontaneous speech, and the quick acquisition of functional speech in children with ASD who had no prior spoken language ability (Schreibman, et al., 2013).

While many children do benefit from these types of language development interventions and treatments, it is still estimated that 30-50% of children diagnosed with Autism will have not acquired vocal verbal language skills (Wodka et al., 2013). It is important to remember that “nonverbal” does not equate to “not able” or “non-thinking.” Children should always have some means of communication to live successful, autonomous lives. Therefore, there are ways to teach language to children with nonverbal Autism who do not otherwise have the capability of expressing language verbally.

Other Forms of Communication for Children with Autism Spectrum Disorders

AAC Devices, or augmentative and alternative communication, are the most popular among nonverbal autistics. AAC includes everything from a typed message on a computer and written words on a board to higher-technology type devices such as handheld electronics with input and output communication functions, also known as speech-generating devices. There are also applications on both iOS and Android that help those individuals with nonverbal Autism to communicate effectively

American Sign Language (ASL) is an entire language made from hand and finger gestures and movements that allow those who are deaf or have language difficulties to communicate with the world around them. ASL is less popular as technology continues to expand and increase in efficiency. ASL must be understood by not just those who are using it but also to those in receipt of the communication, making it a less popular alternative communication method for those with Autism

PECS, as briefly described above, involves a picture exchange communication system where children typically carry around either a deck of cards or a binder of pictures with items and wants/needs in their daily lives. Children are taught that by exchanging a desired picture with their caregiver, they’ll receive that item or activity. PECS are also great for labeling common items and building vocabulary for children at any level of language learning

Language learning and development is a journey for any child and their family. If it is determined that a child with Autism will remain without spoken language, they are fortunate to have alternative communication methods available so the child can express themselves with their loved ones. Proper language and communication skills are imperative for children with Autism especially, where challenging behaviors often have a root cause of the inability for the child to accurately and/or effectively express their feelings or wants and needs. Though nonverbal Autism is higher today than ever before, thankfully this no longer means a lifetime of the inability to connect with a child. 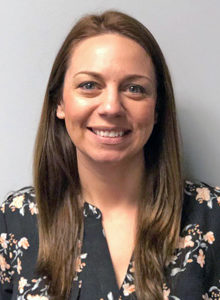