Call Me Autistic: A Soft Correction for Those Still Using Person-First Language

I want to tell you about the woman I am named after, my Great Aunt Betty. I never met Betty, but I got to hear about her whenever I asked where my name came from. Betty was apparently a sassy lady who, like me, despised her full name and went by her nickname, Betty. The “big” family secret about Betty was that her full name wasn’t Elizabeth. She was, in fact, a Rebecca. She so loathed the name, and it’s common nickname Becky, that at a young age she chose to be called Betty, without exception. My mom always remembered this about her sassy aunt and when faced with deciding what to name me, she went with Rebecca. Turns out, I too would loath the name, along with the nickname Becky, and early on decided that Becca was the way to go. 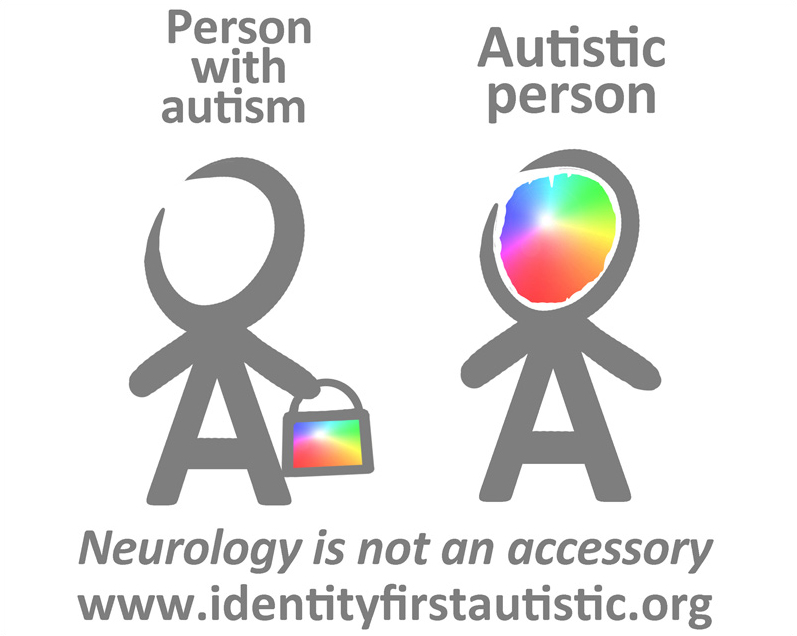 I share the story of Aunt Betty to remind you that we all have things we are called, labels of some kind or another, that we like and don’t like. Throughout my lifetime, I have been called many things, and so have you. Some of them suit, and others not so much. Some can be used to show power, while still others used to compliment. I’ve been called kid, lady, girl, and woman. I’ve also been called the quiet one, the b*tch, and that crazy girl. I’ve been the new girl and the old lady. I’ve been called friend, girlfriend, and now, wife. And once, I was even called ma’am. 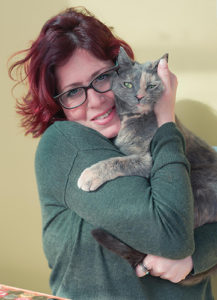 I say once, because being called ma’am is a funny thing for us ladies. It immediately makes us sit up and take notice that 16 was decades ago, even though we don’t feel that way ‘inside’. Ma’am is something you call a teacher or a judge. Ma’am is reminder to get more sleep. Ma’am is a buzzkill. Most of us react with a simple, ‘I’m not a ma’am. My mother/grandmother/mother-in-law is a ma’am.’ And, with that, whomever the speaker was understands that the human in front of them would prefer to be addressed as anything but ma’am. Or at least that is what we hope when we make the soft correction.

When I received my official autism diagnosis, that long list of things I was called got even longer. Some of the labels that came with autism were harder to digest than others. Disabled and ‘special needs’ were the hardest, while aspie and autie were easy and fun. Since I grew up in this label-loving world and memorized it’s rules, I innocently figured that whatever I liked being called in relation to autism would be fine with a simple, soft correction. For example, as I am not a fan of using the term ‘special needs,’ I should be able to say simply, ‘I would prefer you say disabled. My needs are human, there’s nothing special about them.’ And, presumably, with that soft correction, gone are the words ‘special’ and ‘needs’ together from every future conversation with that person and in its place sits the word disabled, right? Right, in theory.

Having said all of that, I ask, why is it so hard for folks to respect the request to be called autistic? What is so painfully difficult about identity-first language? I can be out and about, in a doctors’ office, or even on a panel of experts, and someone will say, ‘Becca is a person with autism,’ and immediately I picture a yellow street sign with a little stick figure on it that is carrying a bag that says ‘autism.’ Underneath the figure it reads ‘person with autism crossing.’ There it is again, that retched person-first language.

With the soft correction rule in play, I say something about how I can’t take the autism off my person like a coat and then I explain that my autism and I are pretty darn inseparable. My autism and I are together 24/7, 365 days a year. We eat, shower, work, play, learn, and relax together. I even dream with autism. My autism and I were born together, we are aging together, and we will die together. Autism is an essential part of who I am. So, in the future, just call me autistic.

Now imagine, if after all of that, that same person continued to call me a ‘person with autism.’ How frustrating, right? Rude. Insulting even. For sure immediately invalidating. Except that I don’t have to imagine it, and it’s not just that one person, or that one time. And guess what? My fellow autistics don’t need to imagine it, either. Autistics, as a community, have been asking, begging, explaining, screaming, and crying to be heard that we prefer identity-first language. We’ve written articles about it, done interviews, made memes for it, and devoted endless spoons to being called what we prefer to be called. Yet the continued response is to say that we are wrong, and that person-first language is more respectful. Really? More respectful than honoring someone’s preference? I think not.

Remember how much Aunt Betty hated even the idea of being called Rebecca? Think about what a misery her life would have been if every time she asked to be called Betty, the response was to tell her it was more respectful for them to call her Rebecca. She would never have grown up to be sassy Aunt Betty with a secret name, but instead would have grown to be one really sad Rebecca, with a ton of anger to boot.

Recall to yourself the last time you heard someone called the wrong pronoun. Or someone inadvertently called you ma’am. Where were you? Who said it? Was it a cringeworthy moment? Maybe you let it slide. Maybe it ruined the day. However it went down, imagine it didn’t happen just that once, imagine instead that it happens every day, sometimes multiple times a day, and no matter how much you softly correct the ma’am, on it continues, with some even insisting that the constant ma’ams are more respectful than your preference.

The next time you hear someone say ‘person with autism,’ I hope you will picture in your head that street sign stick figure carrying their autism bag. I also hope you will patiently bring the soft correction rule into play and gently remind them that autism isn’t an accessory.

Becca Lory Hector, CAS, BCCS, is an autism and neurodiversity consultant/author/speaker/advocate based in Colorado. You can find more of her work, sign up for her newsletter, and follow her social media by heading to her website, www.beccalory.com. You can also email her directly at info@beccalory.com.

Historically, professionals have assumed autistic people are incapable of engaging in partnered sexual activities or are uninterested in intimate relationships. Most services for autistics continue to focus on affected family […]