In 2010, Integrate Autism Employment Advisors (“Integrate”, originally known as The Asperger Syndrome Training & Employment Partnership) was started to engage Fortune 1000 companies in hiring autistic college graduates. In March 2013, SAP announced that it hoped to have 1 percent of its workforce be comprised of autistic employees by 2020. This was an incredible commitment, at that time, for a Fortune 500 company. With SAP’s announcement, hopes were high that doors would begin opening at large employers interested in including autistic jobseekers in their ranks throughout the world. 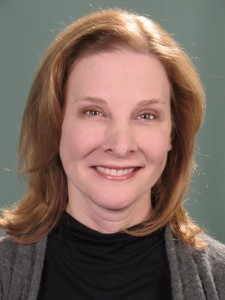 Six and a half years later, where do we stand with employment for autistic adults in the corporate world? To fully answer this question, it is necessary to look at the data, as well as the supports in place to help employers achieve their goals. Let’s start with the data. The table below shows the most recent results of the four largest U.S. autism hiring programs:

These four employers are very open about their efforts to date and provide this data publicly. They share information, via a roundtable, with other employers seeking to create similar autism hiring programs. They have also published a playbook that details how to launch an autism hiring initiative – https://disabilityin.org/what-we-do/committees/autism-at-work-roundtable/. Integrate estimates approximately fifty large U.S. corporate employers have launched autism specific hiring initiatives in the past two to four years, though none have yet to achieve hiring numbers as large as SAP, JPMorgan Chase, Microsoft and EY.

When looking at the success of these four programs, however, are there factors affecting their ability to see continued growth? The largest employer of autistic individuals, SAP, with over 160 autistic employees hired, is still far from their original goal of just under 700 autistic employees by 2020. SAP’s global workforce is the smallest of the four listed, with 96,498 employees worldwide. EY has the largest global workforce with 270,000 employees, followed by JPMorgan Chase at 254,983 and Microsoft at 144,106. While all these companies employ a significant number of people, many of their jobs require higher educational levels and very specific skill sets. The nature of their hiring needs limits their candidate pool, regardless of whether a candidate has a disability or not.

When SAP announced their goal to have 1% of their workforce be comprised of autistic employees in 2013, the incidence rate of autism, as published by the CDC, was 1 in 88. Today it is 1 in 59. A study completed by Paul Shattuck of Drexel University in June 2012 showed that 35% of youth with an autism spectrum diagnosis (ASD) attend college (https://www.ncbi.nlm.nih.gov/pmc/articles/PMC3362908/). For employers like SAP, and others who have followed in their footsteps, even though the incidence rate for autism continues to rise, the autistic candidate pool for the jobs they need to fill is a fraction of the entire population of those with autism.

Additionally, almost all the 495+ roles filled at these four employers since 2013 have been in technology. But not all those 35% of individuals with an ASD diagnosis that attend college have the skill sets to fill technology roles. Integrate has had 213 autistic young adults who are in college or have graduated from college attend our Employer Connect job skills/networking program. The majors/career interests of those autistic young adult participants break down as follows:

As can be seen from these numbers, once the educational and skill set requirements are applied to the overall autistic population, the pool of available candidates to fill these employers’ hiring needs shrinks even further.

The second limiting factor for large scale autism hiring programs is the challenge with sourcing candidates or outreach. Despite the data above, many individuals with the required skills for positions in organizations such as these are unemployed. So why have these organizations and others, some who have indicated they would have hired more autistic employees by now if they could “find them,” not done so? As the Autism @ Work playbook opening states, “Organizations interested in establishing Autism @ Work programs often don’t know quite how or where to start.” The playbook also states that employers need not only internal partners to champion and support the effort, but external partners in the community to help them “plan, launch and sustain their programs.” The most critical factor to success, they state, is the ability to source talent.

Sourcing autistic talent can be a challenge. While U.S. citizens with a disability are entitled to vocational support services from the government, the U.S. vocational rehabilitation (VR) system is a state-based system, preventing national employers from accessing one central system to find and hire employees with any type of disability. Also, not everyone with autism, particularly college graduates, registers with their state VR agency. Employers’ too report mixed experience with VR. In a 2018 study completed by the General Accounting Office, it was found that “(e)mployers in one of four discussion groups said that VR does not always provide enough qualified job candidates to meet their needs, and employers in another discussion group said that job candidates referred by VR are not always good matches for their hiring needs” (https://www.gao.gov/assets/700/694369.pdf).

The vocational support structure for autistic individuals within states is also extremely fractured. Just because an individual is registered with their state VR agency doesn’t mean that agency will be aware of and have access to the types of job opportunities that are appropriate for that individual. So, an employer looking for autistic job candidates needs to have an incredibly broad reach when seeking candidates. As an example, when Integrate conducts a search for an employer, our outreach for candidates may include anywhere from 50 to 100 colleges, universities, vocational organizations, autism organizations, private clinicians, support groups, therapeutic programs, Facebook groups, etc. where potential jobseekers may be seeking services or community. Few employers have the time and resources to conduct such an extensive outreach to hire individuals who will ultimately be a very small percentage of their entire employee base, which is why they need to rely on partner organizations. And those partner organizations can vary greatly in their reach and capabilities.

A more streamlined system for autistic jobseekers to make their availability for employment known to employers and for employers to make their hiring opportunities known to autistic candidates is needed. Attempts at creating an online marketplace for autistic jobseekers and employers, similar to Indeed or Monster, have been tried or are under development. These efforts can help. But they need to have safeguards to ensure autistic jobseekers do not fall prey to unscrupulous employers looking for a cheap source of labor or employers that have not invested in the training and infrastructure to provide autistic employees with the supportive environment necessary for their success. A national VR system that is user friendly and allows candidates to register once and become known to agencies and employers throughout the country would also greatly improve the ability of candidates and employers to connect. Lastly, while it is important to have Fortune 500 companies publicly taking the lead in showing how hiring autistic workers is good for business, it is important to remember that almost 60% of U.S. workers are employed by companies with less than 1,000 employees (https://www.bls.gov/web/cewbd/table_f.txt). It is critical to engage this segment of the employer marketplace in efficient ways to include autistic workers in their ranks.

A handful of large corporate employers are leading the way in creating greater employment opportunities for neurodivergent individuals. These efforts are still in their nascent stage, however. Six years into these efforts, the unemployment rate for autistic individuals has not improved. Our system for connecting autistic jobseekers with employers needs to be re-imagined making it easier for them to connect, and for employers to understand the many roles neurodivergent employees can fill in their organizations.

Social Skills Intervention: A Key Piece of the Employment Puzzle

For the one-year period between April 2020 and March 2021, unemployment rates for people with disabilities in New York State averaged 16.2 percent, an increase of 8.9 percent over the […]

Matching Interests Key to Successful Employment for People with Autism

From my perspective, people with autism need to find ways to get into work that they can enjoy with great happiness. I managed to enjoy working at a childcare center […]