How Science and Evidence Won Out Against Auditory Integration Therapies

There are many ways of learning about our world. One way is through science and the scientific process. There is a growing belief that the methods of science and scientific inquiry are the standards that should be employed when designing and evaluating autism treatments. Ideally, by adhering to common scientific criteria for acceptable empirical evidence, professionals across disciplines would study a phenomenon and all arrive at the same conclusion as to its “truthfulness” or veracity. A conclusion about, say, the efficacy of an autism treatment would be much more powerful given the adherence to the scientific method by professionals from varying disciplines all examining the same treatment from different perspectives. 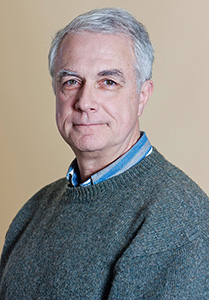 Autism is known as a “fad magnet” because of the plethora of treatments available to treat the condition (Jacobson, Foxx, & Mulick, 2005). Because of the varying levels of believability and evidence supporting many of these treatments, there is a duty to be skeptical about any particular autism intervention until some minimal level of quality scientific evidence exists suggesting that a particular treatment has demonstrated positive results. The story of Auditory Integration Therapy (AIT) is a useful model for how, through adherence to the scientific method and process, professionals from different disciplines can examine an autism treatment and make a judgment about whether that treatment has evidence of effectiveness and should be promoted to consumers.

Researchers have reported that persons with Autism Spectrum Disorders (ASD) show higher incidences of sensory processing difficulties than the general population (e.g., Baranek, Foster, & Berkson, 1997; Gillberg, et al., 1990). Some of these sensory problems consist of abnormal responses to auditory stimuli, which could translate into learning and behavioral challenges (e.g., Dahlgren & Gillbert, 1989). As a result, Berard (1993) and others have proposed a therapeutic approach aimed at reducing or eliminating auditory sensory processing challenges.

Berard, a French otolaryngologist, developed the method in 1982 (Berard, 1993). Although there are variations within the field of auditory integration therapies (e.g., Samonas, 2010; Tomatis, 2010), the general method involves the recipient listening to music that has been digitally modified to match needs identified following audiological testing. The music is often played through headphones, with multiple sessions across several days (e.g., Dawson & Watling, 2000). The music is altered in some fashion, such as by dampening or limiting the peak frequencies, randomly varying the high and low frequencies on a random basis, or varying the volume. The music is modified in particular ways based upon the needs and challenges of the recipient.

The advocates of AIT claim that there is scientific evidence to support this therapeutic approach. Indeed, all of the websites devoted to AIT have references to research studies that purportedly confirm that AIT is causally related to improvements of behavior and learning. For example, at the AIT Institute (2010) website, there can be found a list of 23 research studies that purportedly support the effectiveness of AIT.

One of the first public criticisms of AIT was provided by the American Academy of Pediatrics (AAP; 1998), which published a policy statement regarding AIT and Facilitated Communication. In unambiguous terms, AAP found that AIT had little to no quality scientifically-based research proving it was effective with persons with ASD. AAP concluded that its use was “not warranted.”

Two years later, Dawson and Watling (2000) reviewed the literature that existed at that time. They reviewed five studies, published between 1994 and 1997. Three of the five included a control condition. Two of these three studies found improvement in participants in both of the conditions, thus no causal relationship between AIT and improvement in participants could be believed. One study (Rimland & Edelson, 1994) found improvements made by only the participants in the AIT condition, but there was a design problem in which the researchers didn’t match subjects during pre-intervention.

Then, in 2003, the American Speech-Language-Hearing Association (2003) weighed in on the controversy. After reviewing the existing scientific literature published on AIT, this organization adopted a policy statement stating that there was no scientific evidence that AIT improves the behavior of persons who use this treatment. Furthermore, the policy suggests that ASHA members could be found in violation of the Code of Ethics if any member chose to treat an individual with AIT.

The evaluation of AIT continued. Mudford and Cullen (2005) conducted a thorough review of both the conceptual underpinnings of AIT, as well as the scientific research existing up to that date. They concluded that both the philosophy and logic of AIT was weak, and that the research base was both thin and poorly designed, with no obvious causal relationship proven between AIT and any improvement in participants.

The most recent review of the AIT group of therapies was conducted by Sinha, Silove, Wheeler, and Williams (2006). These authors limited their search of the research to studies that used randomized controlled trials (recognized as the preferred scientific experimental design when testing treatment efficacy; e.g., Chambless & Hollon, 1998) that included persons diagnosed with ASD. They discovered a total of six studies that met their inclusion criteria. Of these six, the authors of three studies reported no benefit of AIT over the control conditions. The three other studies showed improvement as defined by changing scores of the Aberrant Behaviour Checklist. However, this particular checklist has questionable validity, so the strength of this positive finding is in question. Sinha and colleagues concluded that there was, at that time, no scientific evidence sufficiently powerful to support the belief that AIT was empirically proven to be effective.

Also in 2006, the AAP once again reviewed the existing literature and reexamined its policy statement concerning AIT. And once again, the organization found the scientific research base lacking and confirmed their initial policy against recommending AIT. AAP updated their policy a second time in 2010 and left it unchanged.

Lastly, even some proponents of AIT recognize the limitations of the research base. After each study listed at the AIT Institute website (2010), a comment from the Institute is posted, critiquing the strengths and weaknesses of each article. Of the 23 studies listed, only one study received a positive comment suggestive of any positive findings of AIT using an acceptable research design. The comments made for the remaining 22 studies noted that the validity of each was considered problematic due to a variety of potential methodological problems, such as small number of subjects, no control group, or the use of unreliable survey data (AIT Institute, 2010).

Autism treatment is fraught with strategies and tactics that vary in terms of their quality and evidence of effectiveness. The standards of science and the scientific method are the models that should be followed when critiquing autism treatment to determine if a particular therapy has evidence of effectiveness. In the case of AIT, there is no empirical base – rooted in the standards of science – demonstrating efficacy. This conclusion is made even more compelling by the process that was used. Over a period of 12 years, investigators from around the world and different disciplines read the extant literature and evaluated that research against criteria exemplified by good science – use of quality experimental design; operational definition of important terms; adequate reliability and validity; and replication of results. These independent researchers arrived at the same conclusion again and again – no compelling evidence exists that the use of AIT results in any significant improvement of the recipient. Furthermore, organizations (ASHA; AAP) that had professional interests in this therapeutic strategy independently studied the research existing on AIT and, finding it weak, issued formal policy statements explaining to its constituents that the scientific evidence supporting AIT was not compelling and it should not be considered an effective therapy.

However, apparently, there are still those who continue to use AIT. Green, Pituch, Itchon, Choi, O’Reilly, and Sigafoos (2006) conducted an Internet survey of parents of children with ASD, to learn what treatments exist and which ones parents admit using. The authors categorized the treatments by type, such as medications, educational/therapy, and alternative therapies. The results showed that almost half of the respondents indicated they were using a “physiological” – based treatment, which included specific treatments such as sensory integration, conductive education, and auditory integration (AIT), the 3rd-most cited treatment in this particular category.

However, the professional community has come to the conclusion that AIT has no credible scientific evidence to support the belief that such procedures result in any positive and measurable impact of any aspect of ASD. This skepticism cuts across researchers, educators, and professional organizations. It presents an interesting example of how, by adhering to the methods of science and understanding the definition of quality evidence, the professional communities can speak with one voice about a particular treatment in question. There are many other therapies currently being used for which we could apply the same standards of evidence. Hopefully, this will be done so that in the future, consumers will be able to select from a menu of treatments that all have an empirical basis of support discovered through the scientific process. Employing the methods of science is a slow, plodding, and careful process, but we must remain true to it, for, ultimately, it is our best hope for solving the puzzle that is autism.

Becoming and practicing behavior analysis is often synonymous with a strong understanding of the technical components of behavior change procedures. Our training often emphasizes skills such as the memorization of […]

The Care and Keeping of Home: How Executive Function Skills Aid in Daily Living

Navigating independent living requires balancing responsibilities and monitoring oneself. All individuals must strike that balance that makes the most sense for them and their lifestyle regardless of neurodiversity. To execute […]

In the 1970s, O. Ivar Lovaas embarked on research that would change the way we think about trajectories for young children with autism. He went on to publish a pivotal […]

“How Was I Supposed to Know?” Navigating the Unwritten Curriculum Through Executive Functioning Supports

We are constantly navigating contexts that we may not have been explicitly guided through. Along the way, there was some experience of making sense of these unexplained rules. Even though […]

A significant challenge facing autism service providers is the effective and consistent delivery of evidence-based practices to the children they serve. A number of research reviews, including the National Standards […]