November 6, 2019 – The National Institutes of Health (NIH) has awarded more than four million dollars in FY 2019 to support seven research projects aimed at developing and validating screening tools to detect signs of autism spectrum disorder in the first year of life. Approximately 19 million dollars is projected to be awarded to these projects by NIH over the duration of the funded projects. 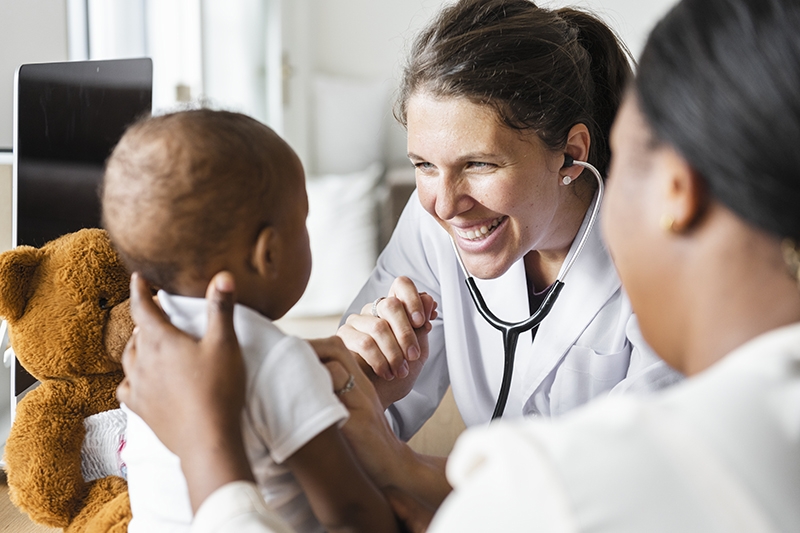 “Early detection and treatment of children with autism spectrum disorder are two of the most important factors for optimizing children’s outcomes,” said Dr. Joshua Gordon, director of the National Institute of Mental Health (NIMH). “It is critical that we develop screening tools that can pick up on early emerging signs of autism risk so that doctors can be vigilant in tracking children’s development and ensure they get intervention services as early as possible.”

It is estimated that autism spectrum disorder (ASD)—a developmental disorder that affects social communication and behavior—affects 1 in 59 children in the United States. Reliably detecting autism in young children is difficult, and the average age of diagnosis for ASD hovers around four years of age. Delays in diagnosis can have profound and long-lasting effects on children, since early intervention has been demonstrated to improve cognitive and behavioral outcomes for young children with ASD.

Because early treatment is so critical for children with ASD, efforts have been made to try to reduce the age of diagnosis by universally screening all children for signs of autism. Children who are found to be at high risk for developing autism can then be connected with intervention services as soon as possible. Although well-validated instruments exist to screen toddlers for ASD between 18 and 24 months of age, there is evidence that many infants at risk for ASD show differences in the way social attention and early forms of communication develop over the first year of life.

The grants awarded include:

In this study, researchers will measure the ability of an eye-tracking-based assessment of social visual engagement performed during children’s 9-month well-child visits to screen for ASD and other actionable developmental delays.

The goal of this study is to validate the effectiveness of a new automated online screening tool—the Social Communication (SoCo) CheckUp—to screen for communication delay and autism at well-child visits at 9, 12, 15, 18, 21, and 24 months of age.

The overall goal of this project is to develop and validate a novel screening tool, called SenseToKnow, for use in a primary care setting. This tool identifies risk for ASD in infants based on patterns of attention, orienting, affect, vocalizations, and motor behavior.

This project seeks to identify children at risk for autism in infancy by developing and validating a novel tool/process that analyzes features of crying and neurobehavior that preliminary evidence has shown may be atypical in infants at risk for autism.

In this study, the researchers aim to investigate and validate the Video-referenced Infant Rating System for Autism, a brief web-based instrument that utilizes video depictions rather than written descriptions of behavior to detect signs of ASD.

This project tests a new method of screening for ASD in infancy by detecting alterations in the dynamic social coordination between infants and caregivers during brief, play-based interactions.

The goal of this project is to develop a telehealth screener to assess infants’ early ASD symptoms that will improve families’ access to specialized screening and decrease the significant wait time for an expert evaluation.

This article has been reprinted from www.nimh.nih.gov/news/science-news/2019/nih-awards-funding-for-early-autism-screening.shtml.

Marco Damiani, CEO of AHRC New York City, has been announced as the recipient of The Arc’s 2020 NCE Outstanding Lifetime Achievement Award. This prestigious national honor recognizes an individual whose lifelong work has significantly […]

We all know 2020 is a challenging year, but it’s not without its silver linings. One unexpected upside? The Autism Science Foundation’s annual Day of Learning, a TED-style science conference, […]