The National Institutes of Health has awarded nine research grants totaling nearly $100 million over the next five years for the Autism Centers of Excellence (ACE), a program that supports large research projects aimed at understanding and developing interventions for autism spectrum disorder (ASD). The ACE program was created in 2007 from the consolidation of previous programs. Grants have been awarded every five years, and 2017 marks the third cycle of ACE grants. 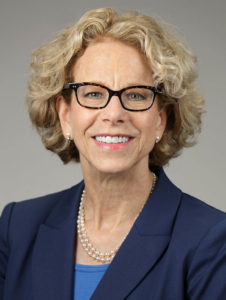 ASD is a complex neurological and developmental disorder that begins early in life and affects how a person acts, learns and interacts with others.

“Autism spectrum disorder has myriad environmental, genetic, neurological and behavioral components,” said Diana W. Bianchi, M.D., director of NIH’s Eunice Kennedy Shriver National Institute of Child Health and Human Development (NICHD), 1 of 5 institutes funding the ACE program. “These awards will allow us to understand how autism differs in girls versus boys, to develop earlier methods of screening, and to improve treatments based on specific symptoms.”

The ACE awards seek to build on discoveries of the last 10 years by supporting innovative, multi-disciplinary research that promises to yield interventions and services for people with ASD. According to the Centers for Disease Control and Prevention, about 1 in 68 children has been diagnosed with the condition.

The awards will support research at individual centers or at research networks (which involve multiple institutions) dedicated to the study of ASD.

David G. Amaral, PhD, and colleagues will continue their efforts to classify children into different subgroups, based on their symptoms, behavioral characteristics and genetic features and will attempt to develop behavioral and drug interventions appropriate for each subtype. The researchers have found that, by age 3, about 15 percent of boys with ASD have brains that are unusually large relative to the size of their bodies. These boys have a higher rate of regression, or loss of social and communications skills, and are more likely to have an intellectual disability. In contrast, at age 3, only 3 percent of girls with ASD had disproportionately large brains. The researchers plan to follow these children through childhood to determine if the structure of their brains differ from those of typically developing children.

Susan Bookheimer, PhD, and colleagues will continue their efforts to look for clues into the nature of different subtypes of ASD by looking at areas of functioning often affected by the condition: sensorimotor processing, or how individuals process information from their senses; social motivation, the need to interact with others and be accepted by them; and social communication, the ability to use language and gestures for interactions with others. They will also test a medication to see if it can improve social functioning.

Katarzyna Chawarska, PhD, and colleagues will investigate brain connections in fetuses and newborns to identify early indicators of ASD. They will also determine if boys and girls with ASD differ in their brain circuity, with the aim of improving diagnosis and treatment. In addition, they will evaluate an intervention to improve social functioning in children at high risk for ASD.

An estimated 40 to 60 percent of people with ASD have attention deficit hyperactivity disorder (ADHD), which encompasses such symptoms as difficulty paying attention, problems controlling behavior and hyperactivity. Co-investigators Geraldine Dawson, PhD, and Scott Kollins, PhD, aim to learn how ADHD may influence the diagnosis and treatment of autism and plan to observe children who have ASD alone, ASD and ADHD, and ADHD alone and compare them to typically developing children. They will also test whether the stimulant medication used to treat ADHD will help children with both conditions.

Ami Klin, PhD, and colleagues will conduct studies on diagnosing autism early and developing the earliest possible interventions. The center will follow hundreds of infants from birth to 30 months, including those at high risk for ASD. They will study infant social interactions through measures of visual, vocal and brain development. Previously, the group showed that, when looking at videos of people speaking, infants who were later diagnosed with ASD had eye movements that differed from those of typically developing infants. More recently, the group found a genetic basis for those eye movements. When the children are 6 months of age, the researchers will test an intervention that will be easy for care givers to administer and tailored to each infant’s individual characteristics.

Girls are diagnosed with ASD much less frequently than boys. Kevin Pelphrey, PhD, and network colleagues will follow children through adolescence and into adulthood to understand differences in ASD risk between boys and girls and in how they each respond to interventions. They will also collaborate with self-advocates with ASD to understand how well their findings reflect real-life experiences. Together, they aim to uncover information that will help males and females living with ASD better manage the transition to adulthood.

Joseph Piven, MD, and network colleagues previously compiled detailed information on brain development and behavior for 300 children at high risk for ASD and 100 children at low risk. The researchers found that brain growth of infants later diagnosed with ASD differed from that of typically developing children. With the new award, the researchers will follow these children through ages 7 to 10 years to determine how their brains change as they grow and the potential effects of ASD on learning and social development. Based on what they learn, they aim to develop interventions tailored to school-age children with ASD.

Should every toddler be screened for ASD? Diana L. Robins, PhD, and network colleagues will conduct a randomized, controlled trial of 8,000 toddlers to determine if screening lowers the average age of ASD diagnosis, leads to earlier interventions and improves outcomes. Participating children from network clinics either will be evaluated at 18 months of age or be part of a group which will receive standard pediatric care. All children not screened at 18 months will be screened at 48 months and all children who are diagnosed with ASD will receive one year of behavioral therapy.

Amy Wetherby, PhD, and network colleagues will test a two-part intervention designed to empower parents of children with ASD. The researchers will offer parents Problem Solving Education, a six-session intervention to help them access the services their children need and to adapt to caring for a child with special needs. Parents will also receive training in Early Social Interaction, which teaches them to support their children’s communication and social skills in everyday routines, activities and settings.

About the National Institutes of Health (NIH)

NIH, the nation’s medical research agency, includes 27 Institutes and Centers and is a component of the U.S. Department of Health and Human Services. NIH is the primary federal agency conducting and supporting basic, clinical, and translational medical research, and is investigating the causes, treatments, and cures for both common and rare diseases. For more information about NIH and its programs, visit www.nih.gov.

The Autism Society of America is thrilled to announce David Minot, Founder and Publisher of Autism Spectrum News and Executive Director of Mental Health News Education, as the recipient of […]

Yes She Can Inc., a White Plains, NY-based non-profit dedicated to providing job training, mentorship, and life skills for young women with autism, is pleased to welcome Westchester County resident […]

AHRC New York City was recently named one of Forbes America’s Best Midsize Employers for a second consecutive year. Founded in 1949, AHRC NYC has grown into the state’s largest […]