In spite of being fortunate enough to have avoided many of the challenges presented by aging on the autism spectrum, I nevertheless feel that I am in a position to write about these as an older adult on the spectrum who recently became a senior citizen. I was already a middle-aged adult (age 44) at the time of my initial diagnosis, and have since been involved in a number of areas concerning older adults and autism. In particular, I served on such initiatives as AFAA (Advancing Futures for Adults with Autism – www.afaa-us.org) and AASET (Autistic Adults and other Stakeholders Engaged Together – www.autistichealth.org, which deals with healthcare issues), in addition to attending and facilitating support groups for older adults over nearly a decade. 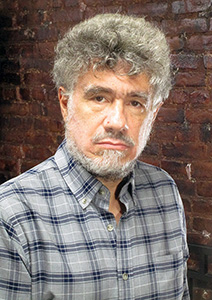 Aging presents numerous and varied challenges for many in contemporary society, but for older adults on the autism spectrum, these can be far greater and more significant. They can involve financial support, adequate housing, long-term care, daily living assistance, healthcare and health insurance, and finding viable communities, among other things. In many instances, the outlook is nothing less than dismal. Beyond the well-known limitation that, in most states, benefits and services for autistics end upon reaching adulthood (usually at age 21), many autistics are never able to live independently and depend on caretakers for most if not all of their lives. If these caretakers are parents or other older adults, they will find themselves without means of support or assistance with daily needs when their caregivers are gone. This is certainly true for more-impaired autistics who lack daily living skills, but can also affect less-impaired individuals who are nevertheless dependent on others because they were never able to find gainful employment; I have personally known a few with genius-level IQs for whom this is the case. Such autistics can find themselves in dire circumstances as middle-aged adults, even before they are senior citizens.

All of this is further complicated by the fact that, since there was virtually no public awareness of autism in their earlier lives, the vast majority of older adult autistics were never even identified, let alone diagnosed. This is true of almost everyone who was an adult by 1994, when the autism spectrum was expanded with the release of DSM-IV in which the new diagnoses of Asperger Syndrome and PDD-NOS were introduced. As such, it would be very helpful to identify older adults, especially senior citizens, who are on the spectrum so that their challenges can at last be properly addressed (that already being a “tall order” in our society). Because adult diagnosis of ASD is generally very difficult, and becomes even more so as a person gets older (since they have either “aged out” of some of their symptoms and behaviors, or else developed more and better coping mechanisms to mitigate their challenges), this presents a substantial problem for society as a whole which will need to somehow be addressed.

Probably the most significant difficulties of aging involve the general decline in health to which all of us are susceptible. As we get older, we generally develop a wider variety of health problems, many of which require specialized care or treatment. Given the state of healthcare in the U.S., access to needed services is becoming more and more difficult for many. Whereas most health problems that affect younger adults are fairly routine and readily treated by primary-care physicians or in “walk-in” clinics and similar establishments, older adults are more susceptible to less-common problems that can only be treated by medical specialists with more extensive training and, especially nowadays, access to more advanced equipment and facilities. In the past several years, I have needed no fewer than three significant surgeries (prostate, sinus, and hernia – the first of these for a potentially life-threatening condition), and as such can speak to the reality of this situation. Access to such providers and services is often much more restricted than it is for routine medical care.

All of this is greatly exacerbated by the exploding complexity of our healthcare provider and insurance system, which becomes more and more difficult to navigate with every passing day. First of all, a patient having an unusual condition must be referred to the appropriate specialist. This does not simply mean the correct medical discipline (cardiology, gastroenterology, urology, etc.), but the precise specialty within that discipline; in modern medicine, this often is so specialized that identifying the appropriate provider to which a patient should be referred is not always trivial. To make matters worse, the health insurance industry has created a byzantine system of provider networks so complicated that it can be very difficult to determine if a provider is currently in your health plan. All of this can be daunting for just about anybody, but it is nothing less than a nightmare for autistics who usually require some semblance of systemic order, along with specific information, and the current system often provides neither. Clearly, this is a substantial problem even for autistics fortunate enough to have adequate health coverage (I purchase insurance from my state healthcare marketplace); for those not so lucky, the situation is dramatically worse. Most autistics will need considerable assistance with this problem.

As for maintaining good health, there are areas where common autistic traits may actually be used to good advantage. In particular, autistics are often very diligent at following instructions precisely and like to maintain regular routines. If they can be successfully instructed in maintaining good health habits, there is a good chance that they will actually do so, as long as these are adequately taught (along with reasons for their significance) and compliance consistently encouraged and subsequently ascertained. In particular, following the instructions of medical providers precisely, which is essential to good outcomes in many situations, is something that many autistics will have little or no difficulty doing. The same holds for the management of medications: so long as they are explicitly told which ones to take, at what times, and in what doses (along with explanations of their purpose and importance, when appropriate), many autistics can be counted on to do so, and quite diligently.

At the same time, some aspects of health can often be more problematic for autistics, especially when they involve changes in long-held habits (which autistics famously have great difficulty with). One such case is with nutrition. Autistics often have poor eating habits for any number of reasons; in particular, many have very selective (as is the case with me) or otherwise peculiar food preferences which they will not deviate from, or at least will resist any attempts to change. While this may not be the case for most autistics, it is more common than most people realize (I once attended a workshop on this issue for which the room was filled to capacity). One result of this is that excessive weight and obesity are very common in the autism community. When bad health habits cannot be changed, they should at least be managed such that the least harm can result. In the case of nutrition, this can be done by working within limitations to make the best choices possible, and perhaps use supplements to compensate for deficiencies in essential nutrients.

The Need for Community

As do most older adults, autistics have need for and greatly benefit from being part of a community. Unfortunately, they often have greater difficulty relating to contemporaries than do more typical adults. For these individuals, specialized interests and abilities can be of help – perhaps an unusual talent is of value to a wider adult community (e.g., electrical or mechanical repairs, computer help, categorizing items, preparing tax returns, etc.), in which they will thereby be more appreciated. An “obsessive” interest may also serve a similar purpose, if they are introduced to other adults that share that interest. Needless to say, these interests also serve as activities and hobbies for autistic adults to be engaged in.

One thing that may significantly help the older autistic population is the availability of support and social groups. The idea of a peer-run support group for seniors on the autism spectrum was proposed in 2010 as an initiative of the Daniel Jordan Fiddle Foundation for adult autism (www.djfiddlefoundation.org) and instituted by GRASP (www.grasp.org). It started out as a group for 60+ adults facilitated by an older person on the spectrum, but the minimum age was soon lowered to 50 because of very low attendance (few individuals in the older age group had been diagnosed or identified) and to be consistent with the AARP age requirement. More recently, Aspies For Social Success (AFSS – www.nyautismcommunity.org) in New York has also offered an older adult group (with no formal age limit). I strongly believe that such groups, both support and social, and either professionally facilitated or peer-run, need to be made more widely available because they provide perhaps the only opportunities for older adult autistics to share about their challenges with others who have faced similar ones as well as socialize with those who perceive and process the world in a manner similar to their own. I have both attended and helped organize and facilitate these groups and, as with all other support and social groups, found them to be of great value to our community.

Looking to the Future

One possible bright spot in all of this is that, because many of us develop countless coping mechanisms throughout our lives, not to mention acquire knowledge and skills over many years, autism itself is usually not considered a degenerative condition, even as many other aspects of aging are; the former can perhaps be taken advantage of to help mitigate the latter whenever possible. As bleak as the present situation may be for many, it can be addressed, first and foremost, by identifying as many older adults on the spectrum as possible, and at the same time improving awareness about the common behaviors and traits of and challenges faced by these individuals, especially among those who provide any form of care or services for them. Some individuals will require intensive long-term care, whereas lower-level supports will be sufficient for others (who in some cases may otherwise live independently). In many instances, little more than minor accommodations will be necessary. For society as a whole, appropriate resources and accommodations, where necessary, need to be provided or otherwise made available.