Autism Spectrum Disorder (ASD) is a neurodevelopmental disorder characterized by pervasive deficits in social communication and patterns of restricted, repetitive, stereotyped behaviors and interests (American Psychiatric Association, 2013). Beyond the main diagnostic criteria, however, there is considerable heterogeneity in the symptom presentations that is demonstrated by people with ASD, including severity, language, cognitive skills, and related deficits (Evans et al, 2018). Regarding sex differences, it has been well established that ASD is diagnosed more often in males than in females, with recent estimates suggesting a 3:3:1 ratio (Hull & Mandy, 2017). Despite the fact that this is well known, there is considerable uncertainty about the nature of this sex discrepancy and how it relates to the ASD diagnostic assessment practice (Evans et al, 2018). Additionally, it has been widely accepted that males and females with ASD present differently, which has implications for the sex discrepancy in diagnostic practices, thus females are generally under-identified (Evans et al, 2018). 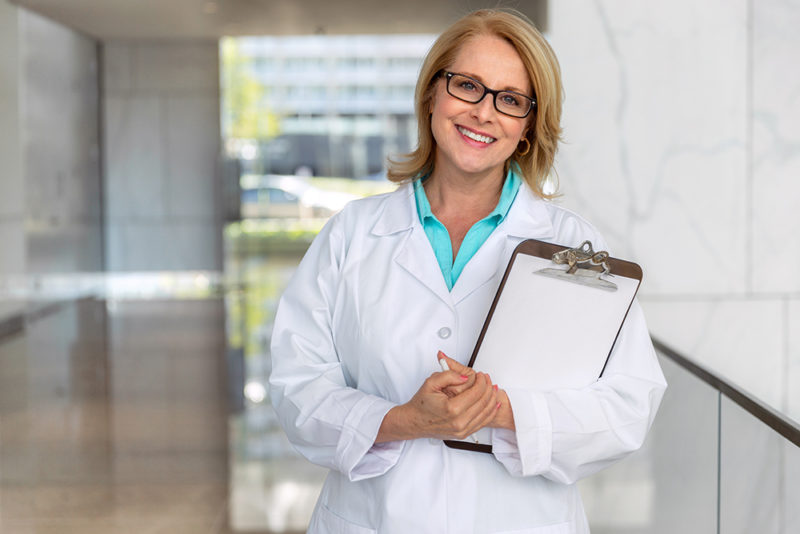 The fact that females with ASD are under-identified and often overlooked can be due to a number of factors. First, they often don’t fit the “classic” presentation that is most often associated with the ASD diagnosis; specifically, there is a distinct ASD female phenotype that looks dissimilar to the typical ASD male presentation. Females with ASD tend to present with less restricted interests and repetitive behaviors (RRBs) (Supekar and Menon, 2015), thus standing out less both in society, as well as on screening and diagnostic measures. Fewer RRBs makes ASD appear in a different way, often more subtle, than what is considered to be the norm. It is also important to note that evidence suggests that even when females with ASD are identified, they receive their diagnosis (and related support) later than equivalent males with ASD (Giarelli et al, 2010). The implications for under- or late-identification are enormous and deserve empirical attention in an effort to improve diagnostic methods for ASD in females. 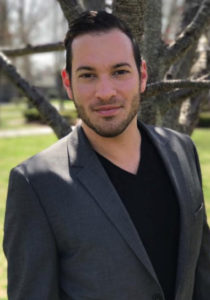 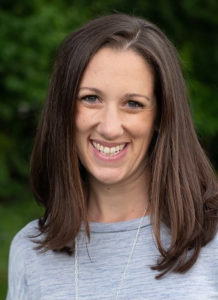 While no consistent, reliable differences have been found between sex and core ASD symptoms (e.g. Bolte et al, 2011; Holzmann et al, 2007; Mandy et al, 2012), it has been well documented that compared to males, females with ASD that are undiagnosed or are diagnosed at a later age generally present with less severe ASD symptoms and more intact language and cognitive skills (Begeer et al, 2013; Giarelli et al, 2010; Rutherford et al, 2016). Research has also noted that females with ASD may be better able to compensate for symptoms despite having core deficits associated with ASD (Livingston & Happe, 2017; Hull et al, 2017). There has been some suggestion that females must exhibit more severe symptoms, impairment, or co-occurring problems in order to receive diagnoses of ASD (Evans et al, 2018). This finding is due to an analysis of previous research that demonstrates the following: females with ASD perform better on measures of nonverbal communication (which may mask other symptoms), females with ASD face more social, friendship, and language demands than males with ASD, and that females with ASD can exhibit patters of restricted interests and repetitive behaviors, as well as social and communicative problems that are deemed more socially acceptable as compared to the patterns seen in males with ASD (Lai et al, 2015; Rynkiewicz et al, 2016; Dean et al, 2014). This theory also accounts for the findings that females with ASD in general present with more severe behavioral, emotional, and cognitive problems compared to males (Frazier, et al, 2014; Holtmann et al, 2007; Horiuchi et al, 2014; Stacy et al, 2014). Further, Hiller and colleagues (2014) found that females were more likely to show an ability to integrate non-verbal and verbal behaviors, and initiate friendships, and exhibited less restricted interests. Teachers reported fewer concerns for females with ASD than for males, including concerns about behaviors and social skills. These data support the idea that that females with ASD may “look” different from the considerable “classic” presentation of ASD and may also present as less impaired in an academic setting.

The vast differences associated with gender presentation in ASD require that clinicians involved in diagnostic work become more cognizant of these broader phenotypes and adjust their assessment practices accordingly to better detect females presenting with atypical symptoms that still fall on the autism spectrum. Notably, many common diagnostic tools lack sensitivity to such a presentation. To that end, it is important to recognize that generally speaking, the evidence base, and hence the diagnostic criteria for ASD in itself comes from research among male-predominant samples (e.g. Edwards et al, 2012; Watkins et al, 2014). Therefore, while the efforts to study this area further are prominent, it is important to be mindful of the fact that existing assessment tools and diagnostic criteria likely contain sex/gender bias (Evans et al, 2018). Without addressing the neurological and diagnostic challenges pertaining to these sex/gender issues, any research in this area will be influenced by the underlying problem of not knowing how ASD should be defined and diagnosed in males as compared to females (Lai et al, 2015).

Currently, the Autism Diagnostic Observation Schedule, Second Edition (ADOS-2) is arguably the most commonly relied upon diagnostic instrument for ASD. The ADOS-2 is a semi-structured observational assessment designed to evaluate aspects of communication, social interaction, and stereotyped behaviors and restricted interests (Lord et al, 2000; 2012). In contrast to what has been documented with regard to the strong differences in the prevalence of ASD, differences between the sexes in the phenotypic presentation of ASD have been found to be much smaller in size, with inconsistencies in the findings with regard to severity level of the core symptoms, as well as age and general level of functioning. For example, some studies have found no significant differences between sexes with regard to the behavioral presentation of ASD on the ADOS (e.g. Lord et al., 2000; Lord et al., 2012, Ratto et al, 2017), while others have reported some differences (e.g. Lai et al., 2015).

In order to examine these inconclusive findings further, Tillman et al (2018) looked at data containing 2684 individuals with ASD from over 100 different sites across 37 countries. Children and adults were administered one of four ADOS modules (modules are determined by expressive language level). The Autism Diagnostic Interview, Revised (ADI-R) was also administered as well as a general intellectual ability instrument, such as the Wechsler Intelligence Scale for Children, or a different measure depending on age and verbal capabilities. Effects of sex were determined after excluding non-verbal IQ as a predictor. No main effect of sex was found for ADOS symptom severity, or on the specific ADOS subscales. Females showed lower scores on the RRB scale with increasing age. This result is similar to previous meta-analytic research on small-scale studies as well as large-scale studies (Van Wijngaarden-Cremers et al, 2014; Mandy et al, 2012, Supekar & Menon, 2015; Wilson et al, 2016; Charman et al., 2017). The researchers concluded that this adds to the current body of literature that supports the notion that females with ASD show lower levels of RRBs than males, but exhibit a more similar autistic phenotype to boys in relation to social communication deficits across ages (Tillman et al, 2018). Thus, it is possible to surmise that females with ASD are being under-identified as a result of exhibiting fewer RRBs. Notably, research has found that clinicians are hesitant to diagnose ASD without the presence of RRB (Mandy et al, 2012), as the diagnosis of ASD in the DSM-5 requires at least two types of RRBs. Lai et al. (2015) made the case that females with ASD may simply be exhibiting different RRBs rather than fewer, and it is possible that these less common forms of RRBs are being missed during diagnostic assessments.

Understanding the phenotypic differences in the presentation of autism is critical for diagnosticians for several reasons. It is crucial to understand that aspects of the diagnostic criteria for ASD may present on other ways in females though not be elevated on standard measure scales. As a result, those who do not receive an appropriate diagnosis will subsequently not receive an appropriate intervention. Beyond the obvious concern associated with females on the autism spectrum not receiving intervention associated with their autism symptomatology, there are a range of other mental health concerns that may dually go unaddressed. Higher functioning adolescents with ASD, which is often the presentation consistent with females that get “missed” in the diagnostic process, are at greater risk for developing depression (Greenlee et al, 2016) and anxiety (Steensel, Bogels, & Dirksen, 2012). Adults with high-functioning ASD are also at increased risk for suicidality (Hedley et al, 2017). More recent, emerging research suggests that while those with ASD may be able to mask their symptoms the majority of the day and thus not reach the diagnostic threshold in scandalized measures, doing so causes them significant distress and puts them at increased risks for such co-occurring mental health concerns.

The under-diagnosis of ASD in females with ASD lends itself to a population of women who end up wondering “what is wrong” with them. Females who do not have the opportunity to understand themselves in the context of neurodiversity tend to waste time and efforts on imitating and trying to fit-in (Bargiela et al, 2016). They are at far greater risk of bullying, as well as being taken advantage of socially, with subtle difficulties in perceiving and responding appropriately to social cues rendering them inept in certain situations that require a degree of social assimilation. These females have missed out on the benefits of early intervention, most often in the social realm, and can be plagued with identity issues later in life as they try to play catch-up in light of a new diagnosis. The timely identification of ASD can mitigate some of these risks and problems by improving the quality of life, increasing access to services, reducing self-criticism, and helping to foster a positive sense of identity. As such, diagnostic experts have a responsibility to continue to stay abreast of research developing in this area and adjusting their assessment practices accordingly.

Drs. Scher Lisa and Voulgarakis are Assistant Professors in the Department of Child Study at Saint Joseph’s College, New York. They are both also clinicians in private practice. You can find more information about their respective practices at www.drjessicascherlisa.com and www.drharryv.com.

Hormonal Fluctuations and Women with Autism: A Call for Increased Awareness and Assessment

The topic of hormonal influences on women with autism has received scant attention from health care researchers. The responses to hormonal fluctuations and/or depletion of estrogen are varied and present […]

Each year 50,000 young adults on the autism spectrum turn 18 years of age (Roux et al., 2013). How can parents and educators ensure that these young people are ready […]

Meeting the Unique Needs of Women on the Autism Spectrum

The research on adults with Autism Spectrum Disorder (ASD) suggests that outcomes for adult women with ASD are especially poor relative to those of men (Taylor, Henninger, & Mailick, 2015). […]

An opportunity to reach a targeted autism readership of over 200,000 per year online with almost 30,000 social media followers