The Camouflage of Autistic Women

Women are diagnosed with autism 2-3 times less often than men. However, studies indicate that the number of unreported cases of women with autism is much higher than previously thought. Read here why women are so rarely diagnosed and why their daily work can be an immense psychological challenge. 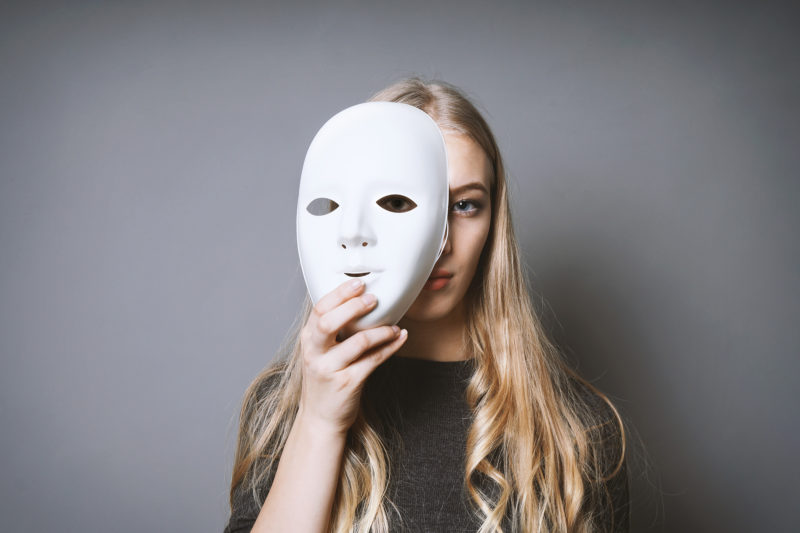 Researchers Uncover Gender-Difference in People in the Autism Spectrum

A team of researchers from Cambridge University (1) took a closer look at the compensation strategies of people with autism. People on the autism spectrum often find it difficult to assess social situations and interpret them “correctly.” In some cases, there is even a so-called facial blindness, i.e. the complete inability to interpret the other person’s facial expression. In order not to attract attention, many people with autism therefore develop certain mechanisms to conceal their gap – with devastating psychological consequences. For the continuous observation and imitation of their fellow human beings is associated with great cognitive effort. In this context, the researchers found that women with autism have a much higher discrepancy between externally observable behavior and inner experience than men. In other words, they can hide their social deficits better than their male counterparts.

Camouflaging in the Social Jungle

The compensation mechanisms described above are also aptly called “camouflaging.” Because those affected often try to hide their autism – for fear of not being accepted. There are several reasons why this becomes a challenge, especially for women. It is a foregone conclusion that many women are not diagnosed at all in the first place. The majority of existing diagnostic criteria are designed for men. Even general practitioners and psychiatrists still have a widespread myth that autism does not exist among women. Closely interwoven with this is the classic role model of women: from an early age, girls are expected to give others a good feeling of being nice and social. From this perspective, it makes sense that autistic women inevitably develop increased camouflaging skills. A diagnosis, if one is made at all, can take years. One of the reasons is that these women often learn to assume a neurotypical camouflage in their early childhood.

The Strain of Autistic Women at Work

Many people with autism, where unemployment is common among 90%, have great difficulties with the challenges involved. Small talk can be a stressful situation and a handshake can be awkward. It is the social surroundings, the profiling and self-expression with which autistic people have problems, not the work itself. For this reason, they are often unemployed despite their high qualifications.

Especially autistic women are under pressure to correspond to a gender stereotype. Relaxed conversation, understanding and courteous behavior as well as physical clothing are some of the unspoken expectations with which those affected are confronted. In order to master the unpleasant small talk at the coffee machine, many women in the autism spectrum learn corresponding phrases or sentences by heart at home, which they can recall in such situations. Many people with autism are not able to understand the complex social rules and consequently do not want to take part in discussions about the weather, fashion or the latest gossip.

It is also not uncommon to practice certain postures or facial expressions. These are often borrowed from the behavior of their colleagues in order to radiate self-confidence to the outside world. Since many autistic people also react extremely sensitively to tactile stimuli, they find it unpleasant to wear tight-fitting clothing. Therefore, it is especially difficult for autistic women to correspond to the dress codes in the workplace. All these factors can lead to a so-called “autistic burn-out.” The constant psychological and cognitive peak performance eventually leads to a breakdown. The fact that more autistic women suffer from the problems described does not mean, however, that their male counterparts are free from these problems – female autistic women are only better at playing the nerve-wracking game of hide-and-seek.

auticon is an IT and compliance consulting business and the first enterprise to exclusively employ adults on the autism spectrum as IT consultants, providing quality assurance testing on software and web-based applications. auticon employs more than 100 IT consultants on the autism spectrum in the UK, Germany, France, Canada, United States and Switzerland, and is the first social enterprise to scale this model across Europe. For more information, visit www.auticon.com.

How Do I Fund My Child’s Applied Behavior Analysis?

Your son/daughter has just been medically diagnosed with an autism spectrum disorder (ASD) by their primary care physician or by a psychologist. It has been recommended that you pursue Applied […]

Housing for Adults with Autism: A Growing Crisis

This article will discuss the need for appropriate housing for adults with Autism. New and emerging programs will be explored. In full disclosure, this writer is the president and founder […]

Autism After 65 – Making the Most of the Golden Years

For the most part, this article is not based on research. I am using personal life experiences and the reports of individuals with whom I have corresponded and/or personally known […]

Autism is a lifelong diagnosis, and as adults with autism age, many of the medical, physical, and mental changes they face are similar to those of typically aging adults. As […]

By introducing a gene variant associated with autism into monkeys, researchers hope to study treatment options for severe neurodevelopmental disorders. Using the genome-editing system CRISPR, researchers at MIT and in […]