Autism Spectrum Disorder (here forward referred to autism) is more commonly recognized at early ages (Zwaigenbaum, Bauman, Choueiri, et al., 2015). This has led to increased access to early intervention and special educational supports, which in turn provide opportunities to better long-term outcomes (Zwaigenbaum, Bauman, Choueiri, et al., 2015; Dawson et al., 2010; Lovas, 1987). Given the early onset and long-term nature of autism, its presentation changes over time and throughout the course of life. Thus, tracking each individual’s development over time is as critical as early diagnosis. Tracking over time includes not only frequent objective monitoring within the area targeted by a specific current intervention – as required in evidence-based approaches – but also regular comprehensive follow-up using neurodevelopmental and psychological assessments. Building from initial diagnostic observations, these follow-up assessments allow for development of longitudinal trajectories that, in turn, can inform intervention programs. Although to date, there is not a single schedule for follow-up assessments that fits all, here, we discuss the evidence supporting the need for regular follow-up in the preschool years, following an early diagnosis. 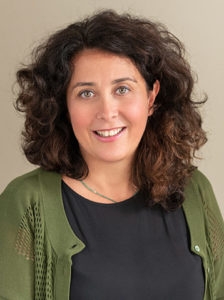 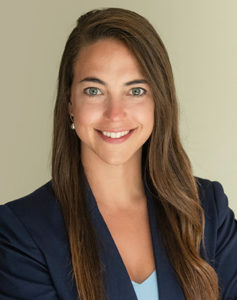 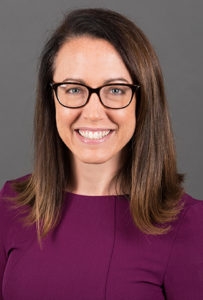 Early Childhood: A Time of Change and Opportunities

The first five years of life are a time of significant change in all children and are a critical and sensitive window for opportunities in autism. This developmental period is characterized by dynamic progress in multiple domains of functioning ranging from motor and sensory processing to language and social cognition. In this context, particularly prior to age 36 months, core symptoms of autism begin to unfold (Kim et al., 2018; Wetherby et al., 2004; Stone et al., 2000; Coonrod & Stone, 2004). Several studies following the same children throughout early childhood (e.g. Kim et al, 2018) and into adulthood (e.g., Lord et al, 2012), have revealed that the trajectory of core autism symptoms varies tremendously across children, ranging from minimal to large improvements and vary in rate of change. Studies of younger siblings at risk for autism have shown that while many toddlers meet full diagnostic criteria for autism at 18-24 months, others will not have a clear presentation until 30-36 months (Messinger et al., 2013; Chawarska et al., 2014; Ozonoff et al., 2015), and some will be recognized even later (Miodovnik et al., 2015).

Variable trajectories of autism symptoms are not independent from co-occurring changes in cognitive and language skills. Verbal and nonverbal reasoning paint the background against which all other skills develop. They, in turn, can impact the expression of core autism symptoms. The development of cognitive and language skills is paramount in the early years and have been shown to lead to better long-term prognosis (e.g., Simonoff et al., 2019), even with the persistence of autism symptoms. Thus, they need to be carefully monitored to identify specific areas of strengths and weaknesses that can serve either as supports or targets for interventions. Profound cognitive delays that extend past early childhood can require long-term comprehensive support plans.

For children who develop verbal fluency, the expression of autism symptoms may change within the context of language development. For example, toddlers and preschoolers who transition from being non-verbal to phrase- or fluent- speech, may start showing atypical use of language, which can be transitory or persist. This may include frequent use of repetitive phrases, idiosyncratic speech, and scripting lines from books or movies. Follow-up assessments will determine the extent to which these atypical language patterns are either interfering with social communication or used to aid social interactions and inform treatment accordingly.

The Relevance of Behavioral Regulation

Behavioral regulation (i.e, the ability to control motor behavior, sustain attention and regulate emotions appropriately to a given context) broadly affects a child’s functioning. Poor behavior regulation can challenge social functioning, may later affect academic achievement, or require placement in restrictive academic settings – regardless of intellectual and language capabilities (Sansosti & Sansosti, 2012). When autism symptoms co-occur with dysregulated behavior, it is important to identify the triggers early so they can be promptly targeted in behavioral interventions. Improvements (decreases) in hyperactive behaviors around 24 months of age to age 36 months, for example, have been reported to characterize a group of individuals who, by young adulthood, have a very positive outcome with minimal-to-no symptoms of autism and greater adaptive functioning (Anderson et al, 2014). In this group, in addition to decreases in hyperactivity, the most significant early childhood characteristic was the magnitude of reductions in the severity of restricted repetitive behaviors (RRB) between 24- and 36-months age (Anderson et al, 2014). RRB is an umbrella term that captures both lower- and higher-order symptoms. The former includes symptoms such atypical sensory processing and motor stereotypes, the latter includes symptoms such as excessive adherence to routines and restricted interest. The relative role of behavior regulation and RRB, particularly their interaction, on long-term outcomes remains to be fully understood, but is an important area of clinical focus in follow-up assessments and interventions for autism.

When reassessing developmental functioning and core autism symptoms, standardized testing is required. Some testing instruments provide greater utility in monitoring trajectory than others. Integrating gold-standard testing measures (i.e., measures that have been developed and validated based on robust and rigorous research), represent a common framework across providers and institutions, which can facilitate coordinated care. Standardized tests such as the Mullen Scales of Early Learning (MSEL; Mullen, 1995) and Differential Ability Scales, Second Edition (DAS-2; Elliot et al., 2007) quantifies a child’s developmental functioning across verbal and nonverbal cognitive domains and have been used extensively in the research literature. The Autism Diagnostic Observation Schedule, Second Edition (ADOS-2; Lord et al, 2012) to date is the gold-standard diagnostic instrument for autism. It is often used to track major changes over time. Standardized instruments that are more sensitive to subtle changes, specifically the Brief Observation of Social Communication Change (BOSCC), have been developed (Grzadzinski et al., 2016; Kim et al., 2019) and independent validation studies are underway (Kitzerow, et al., 2016). Moreover, assessments provided by clinician(s) not directly involved in the child’s daily educational and treatment plan, may bypass potential biases and provide objective markers of change over time. Repeating follow-up neurodevelopmental and psychological assessments at least yearly, or more frequently if new concerns emerge, is recommended. Families can access these assessments through most autism specialty clinics and research programs.

As part of a study funded by the National Institute of Mental Health (NIMH; R01MH115363-03), the Child Mind Institute is currently offering autism diagnostic and yearly follow-up evaluations of behavioral and cognitive changes in toddlers and preschoolers with autism who are interested and eligible in participating in research.

Cynthia Martin, PsyD, and Bethany A. Vibert, PsyD, are clinical psychologists and Adriana Di Martino, MD, is Research Director at the Autism Center at the Child Mind Institute.

To learn more about the Autism Center at the Child Mind Institute, visit www.childmind.org/center/autism-center.

Like parents of individuals with Autism Spectrum Disorders (ASD), siblings experience unique concerns and opportunities. The sibling relationship can easily exceed six decades, and siblings face these issues for even […]

Having a child with an autism spectrum disorder has a transformative effect on the entire family. Typically, when a child is diagnosed with autism, parents embark on a mission to […]

Under Pressure: Support for Siblings of Individuals with ASD

As a school-based mental health professional and a sister of a person with autism spectrum disorder (ASD), the sibling perspective on family-centered care is not just important to me, but […]

Autism Through a Different Lens: A Sibling’s Perspective

In my profession, I often write articles from a parent’s perspective about having an 18-year-old daughter (Annie) with severe autism, and intellectual and developmental disabilities. My overarching goal with these […]