The Failure to Accurately Diagnose Girls with Asperger’s Syndrome 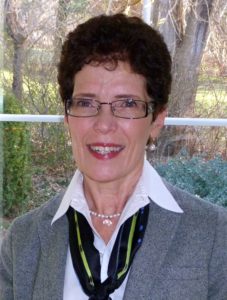 Dr. Mandy’s associate Rachel Loomis, DClinPsy, looked at 54 studies of the ratio of males to females with AS, and found the average result was 4 boys:1 girl. There was a lot of variability among studies, however, in part due to how the AS was determined. Studies that used previous diagnoses of AS found a 4.5:1 ratio. However, studies that looked at who would meet the criteria for AS, whether or not they had been diagnosed previously, found a 3:1 ratio.

Intrigued, Loomis and Mandy looked at the study subjects, focusing on the personality and behavioral traits associated with AS, such as inflexibility, literal and black and white thinking, areas of intense interest, repetitive behavior, over focus on factual details, getting “stuck” on a topic, and poor theory of mind. She found that when they looked at subjects whose scores were extremely high for having AS traits, rather than looking at the official diagnostic criteria, the ratio of males to females was now 2:1. Girls with AS traits weren’t being diagnosed with AS.

The answer is that girls with AS present differently from the boys. The diagnostic criteria call for a lack of social engagement and areas of intense interest, which in boys usually presented as either very awkward socially or not socially engaged.

When the researchers looked at the AS girls, the girls were more socially oriented than the boys. They often engaged in activities including others. Adult women with AS talked about being able to put on a social mask, having observed social behavior closely; this social mask often felt like “not me” and a lot of work.

Girls tended to camouflage AS behaviors. They realize early that their “real” selves aren’t accepted, and often prefer blending in with peers to feeling “weird.” Girls’ interests were also more gender appropriate. We think of AS boys as being experts on dinosaurs, train schedules or obscure math; the girls tended to be interested in less unusual subjects, particularly animals.

This is consistent with my experience. I’ve worked with girls with AS who are perceived as having friends because they are around other girls on the playground or text with other girls or boys. However, this doesn’t necessarily mean they sustain relationships or find them fulfilling. One unnamed woman’s quote is especially poignant: “I can fit in, I can behave like others up to a point, but it isn’t me and doesn’t fulfill anything within me. It’s empty and meaningless.”

One of my AS patients, Gina, is able to “turn on” being social when it meets her interests, seeming to be quite appropriate. She equally turns social behavior off when it would be expected but doesn’t interest her. All my girls, including Gina, were very hurt by when they felt they weren’t accepted, and like everyone with AS, they had significant anxiety.

When diagnosed, boys are identified earlier.  Boy’s scores were found to be very low on a social communications checklist when they were 7, there was a dip at 10, and then a plateau of the same score at 13 and 16. Girls initially scored much more normally at age 7, also dipped at 10, and then scored much more like the boys at 13 and 16, ages where the demands and complexity of social communication are much greater.

Teenage years are often the worst for girls to find a social niche. It’s hard for girls to understand why they’re not accepted. They often become increasingly cynical. Fitting in never really works, and they’re never really fluent in playing the social game. Being smart is no longer enough to get by. When they do have friends, they’re hurt that are far down the “friend list” for the other girls.

There are boys who don’t fit the typical picture of boys with AS too, and who have many of the same traits as the girls, and girls who are more like the boys.

Clinicians are biased towards the typical male model, so an AS diagnosis often isn’t even considered for girls. Older girls are usually diagnosed as having borderline personality disorder, anxiety or depression without any thought of AS. Girls often have 4-5 years of treatment on as many as 5 anti-depressants and they have years of talking therapy with no suggestion of an AS diagnosis.

All of this misunderstanding and misdiagnosis makes it much harder for AS girls and women to understand themselves. They know they’re different but can’t define how. They are often extremely hard on themselves. For many, it’s a relief to have an explanation and a group that fits them.

Mental health professionals, pediatricians, primary care physicians and school professionals need education on recognizing AS girls so they can help them. Women will describe confusion and anxiety stemming from a lack of understanding of their early experience; many are not diagnosed, self-diagnose, or are diagnosed as adults. AS girls need support, understanding and coaching just like AS boys. Without a diagnosis, their lack of socially appropriate behavior is misunderstood so that teachers dislike them, parents fail to support them appropriately and the women themselves suffer the low self-esteem. The more clinicians recognize these women at a younger age, the greater and more positive effect it will have on their lives.

Dr. Eckerd has been in practice as a licensed psychologist since 1985. She serves on the CT Autism Spectrum Disorder Advisory Council, the Clinical Advisory Committee of the Asperger’s and Autism Association of New England. She helped establish the Yale-Norwalk Hospital collaboration Pediatric Development and Therapy Center. She is on the professional advisory board of Smart Kids with LD as well as the voluntary faculty in Psychiatry at Norwalk Hospital.

Dworzynski K, Ronald A, Bolton P, et al. (2012) How different are girls and boys above and below the diagnostic threshold for autism spectrum disorders? Journal of the American Academy of Child and Adolescent Psychiatry, 51(8): 788–797.

Mentors Over White Knights – How to Support Autistic Women for Success

Like many neurotypical girls, I spent a lot of time growing up either reading or watching fairy tales in books or television. What’s peculiar about women on the Autism Spectrum […]