The First Step in Bullying Prevention Is Normalizing Our Differences

“When I was young, getting through each day wasn’t just hard, it was painful to my soul. In school I was cast aside, manipulated and laughed at. Friendships were made solely based on the bond my classmates would form over their common interest in teasing me. My teachers didn’t understand me, and in hindsight, they didn’t even support me, because they didn’t know how. 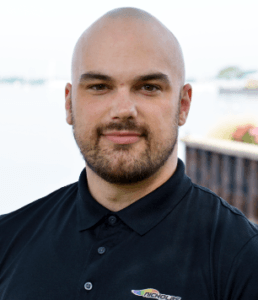 There was one instance I never will forget: Once, a classmate walked in front of me and said ‘Josh, one day I’ll be a movie star and you will be a homeless guy living in a box.’ I have yet to see her TED Talk or any of her films, but I hope for her sake that she’s watching mine. At 13 years old, after tons of meetings and doctors’ appointments, I got diagnosed with Autism.

There was a time when I thought that girl from class years ago was excluding me out of pure selfishness. I realize now that what she did wasn’t truly selfish, and what would have been truly in her own self-interest would have been to include me. Little did she know how much I had to offer. Over the years I’ve realized I see the world differently from others — but that doesn’t mean I’m less capable or less deserving than anyone else. I hope if you all take away one thing, it’s that different perspectives are valuable, and that we have more power to change the world together.”

– Josh Mirsky, from his TEDx Talk “Be Selfish: Embrace Neurodiversity”

According to a 2012 survey of 1,200 parents who had a child with Autism, 63% of them were known to have been bullied, a number three times higher than that of their siblings who didn’t have Autism (Anderson, 2012). As someone who had a difficult time with my peers in school and has been working with the ASD population for a long time, I’m not okay with that. Now I’m on a mission to fix it.

My first gig as a young idealist was at a New York City group home, working with teens caught up in the foster care system. Typically developing teens lived alongside those with both mental health issues and developmental differences, in a co-ed nine bed facility. Helping with homework after school, one of the residents became frustrated with his work. I leaned in and said, “I know this stuff can be frustrating, man. The truth is I have ADHD too — and dyslexia. All you can do is take your time and figure out what works for you.”

“Don’t ever say that on the job again. Whatever you say in this house is gonna be used against you by somebody. Your weaknesses are the first thing they’ll go to when things get rough. They’ll tear you apart,” my supervisor explained privately. I was scared and eager to comply with the intimidating woman, in her 70’s, who had been working in the field since decades before I was born. So I listened — never speaking of my own challenges in a professional setting again until now.

I spent the next three years learning just what she meant. The group home was a hostile environment. The individuals tended to prey on each other’s challenges and differences, and those with Autism were most certainly preyed on the most. Not just at the residence, but at school, on home visits, and on the basketball court. I participated in a workplace culture that promoted the idea that your personal struggles should stay private — as a professional, as an educator, and even as a parent.

The truth is that I was part of the problem — and it wasn’t until many years later, when I became close with a young, passionate dude named Josh Mirsky that I truly came to understand that. Josh has Autism and was tormented as kid. We have that in common, but where we differ is that the way Josh overcame his difficult time, which trickled into his work experiences in adulthood, was by owning it. Josh and I had an incredible synergy and agreed on most things. We began speaking publicly together, writing, and even doing our own podcast, Sounds Like Autism, where we celebrate people’s differences. But I still ask myself: how much more of an impact could I have made had I self-disclosed to my coworkers, and more importantly, to those I support from the beginning?

“When you disclose – no one can make fun of you. You have nothing to hold against me. When you take that power away, the negative thing that someone holds against you, you turn it into a positive. It puts the power into you. When people do that, they’re actually empowering themselves…. The system gains so much knowledge when people talk about their truths. The system becomes stronger and smarter because the individuals themselves are disclosing. So, the individual gains power and the system gains knowledge also.”

The last straw for me came in October 2019, when I got the opportunity to attend the Autism at Work summit in Jupiter, Florida. The three-day event was an intimate gathering of employees with Autism, academics and government officials, as well as representatives from huge companies, like DELL and JP Morgan Chase, with the purpose of discussing best practices for hiring, training, supporting and retaining employees with Autism. On the first day of the conference, someone from the U.S. Federal Department of Labor got on stage and began presenting. About a minute into his talk, he said “Oh, wait. I introduced myself and I told you about my job, but I didn’t tell you about me. I don’t have Autism, but I do have social anxiety and ADHD.” He went on to give one of the most energetic and impassioned talks of the conference. Over and over, other attendees self-disclosed what made them different throughout the conference. A recovering alcoholic, a woman with a prosthetic leg, dyslexia, depression, eating disorders, OCD, and of course, Autism Spectrum Disorder. It made for one of the most mission-reinforcing and overall unifying atmospheres of which I’ve ever been a part – and I’m a punk rocker from New York City.

So, join me. Start in safe spaces and work your way out to the big ones. Tell the students in your class about your cousin with Autism. Tell your kids it’s okay to talk about their asthma in school. Tell your coworkers that you’re proud to think differently, and you feel that it’s important, not just for yourself, but for the betterment of man, to stand tall and voice your truth. Because the truth for all of us, as people, is that we’re different – and the sooner we can be honest with each other about our own differences, the sooner we will all be more kind, understanding, empathetic and compassionate to each other.

Dave Thompson is an educator, innovator and advocate in the Autism field for over 10 years. As Director of Workforce Development for Nicholas Center at Spectrum Designs Foundation, Dave has unique insight into just how valuable yet undervalued, deserving and yet under served the neurodiverse community is. He has an insatiable desire to see the world around him continue to evolve through employment opportunities, access to services, assistive technologies, and a more inclusive collective attitude toward people labeled “different.”

For more from Dave Thompson and Josh Mirsky, visit www.soundslikeautism.com.