The Use of Technology as an Evidence-Based Practice

Individuals with Autism Spectrum Disorder (ASD) are characterized by difficulties in social communication and the presence of repetitive behaviors and restricted interests (American Psychological Association, 2013). In addition, individuals with ASD often exhibit challenging behaviors, such as physical aggressions and self-injurious behaviors. These characteristics likely prevent the individuals from developing meaningful friendships and productive leisure skills. They also may reduce their chances of accessing community activities, and obtaining and maintaining jobs (Persson, 2000). Previous studies suggest that early detection and early intervention are necessary to maximize the potential of individuals with ASD (Lord, 1995; Mays & Gillon, 1993). Further, Evidence-Based Practices (EBPs) have quickly gained attention in Education, especially in Special Education, for identifying interventions that will produce the most favorable outcomes. In 2005, a special issue of the journal, Exceptional Children, identified quality indicators for EBPs (Odom, et al., 2005). These quality measures were later incorporated into EBP reviews, including What Works Clearing Handbook and the Standards for Evidence Based Practice in Special Education by CEC (2014). 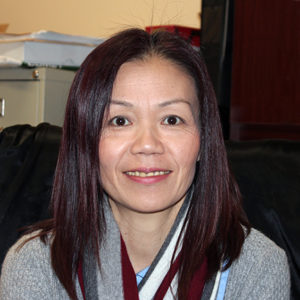 Given the heightened focus on EBPs in Special Education, there have been some published literature reviews (e.g. National Autism Center, 2009; Odom, Collet-Klingenberg, Rogers, & Hatton, 2010) that have identified effective interventions for individuals with ASD. To expand upon the previous reviews with more rigorous and systematic evaluation process, Wong et al. (2015) conducted a systematic review of previously published studies to identify EBPs for individuals with ASD, while using those quality indicators. The article identified 27 practices that met the criteria of EBPs. Examples include Discrete Trial Training, Functional Behavior Assessment, Functional Communication Training, technology-aided instruction and intervention, and Visual Support.

Extending the literature review by Wong et al., Odom et al. (2015) investigated various means of incorporating commonly available technology into interventions for individuals with ASD. They concluded that several high-tech devices can be effectively integrated with other EBPs, such as video modeling/prompting, self-management, feedback and coaching to improve social, communication, and organizational skills.

The advancement of technology in the past few decades has made many high-tech devices available that help to overcome the limitations experienced by people with ASD. Some of the advantages are: significantly improved portability, greater functionality, more flexibility, and reduced cost. Furthermore, these commonly available high-tech devices could potentially reduce the stigma associated with traditional and specialized devices.

First, the portability of the devices has greatly improved with recent technology. Thus, the users will no longer have to carry bulky and specialized devices created only for individuals with disabilities. For example, the conventional Augmentative and Alternative Communication (AAC) device, Dynavox, is more than six times larger and eight times heavier than commonly available mobile devices with AAC capability, such as iPod Touch®. Users can now carry the iPod Touch® in their pockets or purses and then put them into the palms of their hands when they wish to make a request.

Second, conventional devices were typically made for teaching specific skills such as communicating and following schedules while providing auditory and video prompts. When individuals with ASD require such interventions to acquire and maintain socially significant skills, they often must access multiple devices. This presents difficulties, not only in navigating between devices, but also in generalizing skills to the natural environment. The current technology can integrate these functions into one device. This is especially advantageous when people are moving from one physical environment to another.

Third, these devices have become more flexible. Incorporating the concept of Universal Design for Learning (King-Sear, 2009; Meyer & Rose, 2000), current high-tech devices have many accessibility options. For example, a user can change views such as the contrast or the size of icons that appear on the screens of computers and mobile devices. Many touch screen devices can be adjusted for the sensitivity of physical contact. Additionally, text to speech, captions, and speech to text functions are available in many high-tech devices. These accessibility options are now readily available to accommodate various needs of users.

Previous studies have identified three key components of technological devices that are related to reducing stigma: a) aesthetic appearance, b) customizability, and c) generalizability (Bipso, & Branco, 2009; Conley, 2012; Doughty, 2011; Parrette, & Scherer, 2004; Shinohara, & Wobbrock, 2011; Vaes, Stappers, Standaert, & Desager, 2012). One of the advantages of commonly available high-tech devices over earlier technology is that they could reduce the stigma due to the factors specified above.

To take into account the previously mentioned advantages, Chimes conducted two studies employing commonly available high-tech devices, including the iPod Touch® and the iPad®. In the first study (Nepo, Tincani, Axelrod, & Meszaros, 2014), three adults with ASD and Intellectual Disabilities (ID) were taught to use the iPod Touch® as an AAC, to communicate their needs and wants. A voice output app, My Talk, was on the users’ iPod Touch® with preferred items derived from preference assessments programmed within the app. With most-to-least prompting procedures, the participants learned to discriminate between different pictures and to tap a corresponding picture to request an item. The acquired skills generalized to natural environments.

In the second study, six adults with ASD and ID were taught to engage in leisure activities on the iPad® (Nepo, Tincani, Axelrod, & Meszaros, 2017). Those individuals did not have functional and productive leisure skills prior to the intervention. All the participants acquired the skills of navigating for, and engaging in, four to five leisure activities on the iPad®. These activities were: playing games, listening to music, and watching video clips. Then, the participants learned to refer to a visual schedule of those leisure activities and to complete multiple activities in a row on the iPad®. The skills also generalized to the participants’ natural environments such as at the cafeteria or a doctor’s appointment. Additionally, the participants’ caregivers completed a survey after the completion of the study. The results indicated that the intervention, which incorporated commonly available technology, was socially acceptable, effective, and possibly reduced the social stigma associated with more specialized devices.

Further, Chimes plans to conduct another study to investigate the impact of an automated data collection/ health information system (Virtual Health) on the accuracy and latency of behavioral data collection and the quality of health services. We expect to reduce the response effort required of staff in collecting data by using an app on a mobile device. We also expect to increase the reliability and validity of data collection, while decreasing the latency of data submission to clinicians. A function to alert the clinicians, health professionals, and team members should also reduce medication errors and provide immediate access to medical and other related information. This should help the clinical team to make better and more comprehensive clinical decisions. These outcomes should ultimately improve the quality of overall services to our clients.

For information about research at Chimes, please contact Kaori Nepo at kaori.nepo@chimes.org or visit www.chimes.org.

Conley, J. (2012, March). Can the iPad address the needs of students with cognitive impairments by meeting IEP goals? In Society for Information Technology & Teacher Education International Conference (Vol. 20120, No. 1. p. 3986-3990).

Nepo, K., Tincani, M., Axelrod, S., & Meszaros, L. (2017). The use of iPod Touch to increase functional communication of adults with autism and significant intellectual disability. Focus on Autism and Other Developmental Disabilities, 32(3), 209-217.

Nepo, K., Tincani, M., Axelrod, S., & Meszaros, L. (2017, May). The use of iPad to promote leisure activities of adults with ASD. Poster session presented at the Annual Convention of the Association for Behavior Analysis International, Denver, CO.

Shinohara, K., & Wobbrock, J. O. (2011, May), In the shadow of misperception: assistive technology use and social interactions. In Proceedings of the SIGCHI Conference on Human Factors in Computing System (pp.705-714). ACM.