A Brief Overview of the Special Needs Trust

You don’t have to look too far to find reports on how medical costs have skyrocketed – and this is just for the general population. For persons with disabilities, medical costs are typically greater by an order of magnitude. Also, a child with severe disabilities may be unable to live independently. Group housing or long term care may be the only option when the parents get too old to care for their adult child with disabilities. 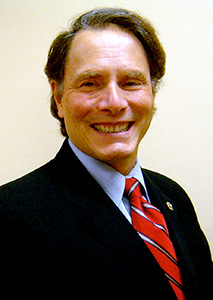 Few parents of children with special needs have the money to cover all these costs. The special child and her parents ultimately may have to look to the government for assistance, mainly to Medicaid, a joint federal/state program of medical insurance for the poor that is administered by the States. If the child qualifies for Medicaid, then most if not all of her medical expenses and possibly group home or long-term care will be covered by Medicaid.

There’s just one catch. Medicaid is a needs-based program for the blind, the disabled and the elderly. You have to be poor. In most States, poor means having $2,000.00 or less in assets and a very low income (in New Jersey, the income level for a single individual is $705.25 per month; other states have even lower income limits). While not all assets are counted toward the asset limit, most assets are counted. How will their special child survive on such a low income and limited resources? Parents want to give the child money to have a decent life. But, if they give the child money (by lifetime gift or inheritance), that money could cause the child to lose Medicaid. The child then has to spend down the money received from the parents on medical and other expenses until she is poor again. The money was not used to improve the child’s quality of life, contrary to the parents’ wishes.

How to address this conundrum? The parents should consider setting up a Third-Party Special Needs Trust (TP SNT) and putting the money into the TP SNT. Assets and income in a properly drafted TP SNT will not be treated as the child’s income and assets, so will not affect her Medicaid eligibility. If the parents don’t have much money but have their health, they can buy life insurance and have the death benefit payable to the TP SNT when they pass away. The money in the TP SNT can then be used to pay for things that Medicaid won’t, thereby enhancing the child’s life while preserving Medicaid and most other needs-based government benefits to meet the child’s core survival needs.

What is a Trust?

First, what is a basic trust? Imagine a container with a spigot, like the 5-gallon jug of spring water sold in a supermarket. This trust container comes with an instruction manual (called a trust agreement) that tells what to do with the stuff in the container. You give the container and instruction manual to someone you trust (appropriately called the trustee). You tell the trustee, AI am giving you this container with the instruction manual. I may put something in the container now, or provide in my Will for something to go into the container when I am gone. The manual tells you what to do with whatever is in the container. For example, for a typical trust set up for regular estate planning, the manual may say: Every year, open the spigot, pour out $1,000 and give it to my son; and, once he turns 35, pour out whatever is left and give it to him. Unfortunately, the standard trust usually will not work for a child with special needs. Medicaid will often take the position that assets in typical non-special needs trusts are available to the child/beneficiary, thereby causing a loss of Medicaid. Use of a TP SNT can avoid this problem.

A Third Party Special Needs Trust is a container with a spigot, just like any other trust, and is usually set up by the parents. The key difference between a regular trust and the TP SNT is in the instruction manual. The TP SNT instruction manual contains very specific limitations on how the trustee can spend the money. For example, the trustee should not pay for something otherwise covered by Medicaid. Nor should the trustee give cash to the child. However, the trustee can buy the child a computer, or tickets to a play – things to make the child’s life better. Moreover, the money in the TP SNT must not come from the special child herself, but only from third parties – parents, grandparent, other relatives – either by direct gift to the trust or an inheritance in a Will specifically naming the TP SNT as beneficiary.

An ounce of prevention is truly worth a pound of cure.