Autism and Comorbidities: Opening the Pathway to Communication Through Treatment

Individuals with Autism Spectrum Disorder commonly suffer from other medical conditions, or comorbidities, that can sometimes mask or even exacerbate symptoms of autism. At the top of the list are psychiatric conditions, neurological issues and even gastrointestinal problems.

In fact, 70 percent of individuals diagnosed with autism also have a comorbid psychiatric diagnosis while 41 percent have two or more diagnoses (Sarris, 2014). The most common comorbidities are ADHD, Oppositional Defiant Disorder and Social Anxiety Disorder. 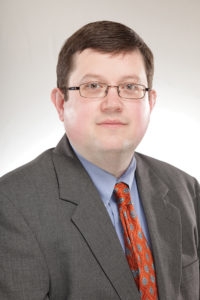 It’s not uncommon for comorbidities to play a role in communication disorders in individuals with autism (Pinborough-Zimmerman, et al. 2007). The first step is properly diagnosing autism and any underlying comorbidities in order to improve quality of life and open the pathway to effective communication (Bauman, 2010).

Higher functioning children tend to be diagnosed with something other than autism – such as ADHD – first (van Steensel, 2013). One of the problems with the ADHD diagnosis, however, is that it tends to get overused in schools when compulsive thoughts or fixations are mistaken for ADHD.

Many patients have been misdiagnosed with ADHD even though their focus was just fine once properly treated. The problem was they were so trapped in their own thoughts that they would not interact and could not really communicate what they were experiencing. Teachers were not wrong with their observations of the behaviors, but the cause of the behaviors was incorrect.

The proper treatment approach is key when dealing with autism and its comorbidities (Frye, et al. 2016). It is important to treat the autism first and the comorbidities second. Individuals with autism see and experience the world in a completely different way than the rest of us because of the way their brains are wired. An autistic brain has never experienced anything other than constant overload, which heightens anxiety levels. The anxiety, in turn, can cause agitation, impulsivity, irritability, outbursts and self-injurious behavior. Once medications are introduced to bring that anxiety level down, other – more positive – emotions, interests and behaviors begin to emerge. Treatment also helps expand the ability to communicate and express the constant overload that leads to some of the behaviors exhibited.

Once an individual’s anxiety is under control, he feels better and, as a result, his behavior and communication tend to improve. He can better explain if he is tired, has a headache or is experiencing gastrointestinal pain – all of which could be responsible for symptoms like agitation, irritability or outbursts. Even with nonverbal children, treating the anxiety associated with autism opens the ability of a child to be receptive to learning methods of expressive communication. The idea is to get the brain down to a calmer state, where interventions can be effective.

A great example to illustrate this is that of a panic attack. If you have ever seen or tried to interact with someone in a full-blown panic attack, you understand it is nearly impossible to intervene well. The individual is not processing anything but the panic. In this state, the brain is overloaded. Anything you say – no matter how nice and calming it is – will not be properly received and processed. Once the individual is able to calm down from that panic attack, then you can intervene and hopefully teach them the skills to avoid panic attacks in the future.

The opposite approach – treating the panic attack first – may not be as effective or can actually exacerbate the problem because you are not getting to the underlying cause of the panic attack. In someone with autism, often times that panic attack is brought on by the inability to effectively communicate. By treating the autism first and giving that individual the tools to communicate emotion and pain, the anxiety attacks may never need to surface.

Treating autism and comorbidities isn’t a “one size fits all” approach. There are several factors to consider when putting together a treatment plan, and what works for one person might not work for another person.

Every individual is different, of course. Therefore, every treatment plan is individualized. If a patient comes to Springbrook Autism Behavioral Health in crisis, the treatment answer is very different than if it’s a calmer ‘get to know you’ outpatient visit.

Springbrook staff work closely with one another to monitor all aspects of treatment. Our interdisciplinary team meets weekly to review each patient’s progress and treatment path based on the Functional Independence Skills Handbook, or FISH curriculum, which was designed by our behavioral analyst, William Killion, PhD, BCBA, at Springbrook. We all get a lot of feedback from each other about which therapies are working and which are not. This holistic review allows the medical team to see marked improvements or setbacks that result from a child’s medication regimen. Our discussion tells us about progress more narratively, but each of our assessments has a measurable score and from that we can objectively chart the course of success.

At Springbrook Autism Behavioral Health, we work with children with behaviors that interfere with success at home and school to discover which treatments and therapies will have the best result. Our goal is to promote growth and independent living for every child, using the means that are most effective for each individual. Contact us today for a private consultation or to tour our campus.

Bauman, M. (2010, November 3). Medical Comorbidities in Autism: Challenges to Diagnosis and Treatment. Neurotherapeutics: The Journal of the American Society for Experimental NeuroTherapeutics

van Steensel, F. (2012, May 1). Psychiatric Comorbidity in Children with Autism Spectrum Disorders: A Comparison with Children with ADHD. National Center for Biotechnology Information.

It’s hard enough to find support and respite when you have a child with autism, but add a pandemic to the mix, and you’ve really got your hands full. While […]

Be Mindful, Be Present, Be You: How to Handle Crisis Anxiety

With the world around us a chaotic mess, it is getting harder and harder to avoid becoming a giant, swirling, ball of anxiety. The current pandemic has disrupted our lives […]

Dental Care and Autism: What You Should Know